This is the Way.

Flipdaddy said:
Would love to see individual seating instead of bleachers. I don’t care if it reduces capacity. We ain’t the biggest so what does it matter?
Click to expand...
Seems like I read somewhere a few years ago that chairbacks throughout Neyland would reduce capacity to like 70,000-75,000.
Likes: Boca Vol, Flipdaddy and volfaninky

Orange you glad to be a Vol??

Nuttin' like squished into my cushy aluminum seat in the hill endzone on the first game in September sweating my arse off in the brilliant Ktown summer sun w my fellow VN friends!!!
Likes: PlanetVolunteer

Orange&White said:
I am concerned how it is going to look once completed. It may stick out like a sore thumb with all the bleacher seating and then one sideline of chair back seats. I also hope it does not become a seating area for big money/business and take away from the hostile environment of Neyland.
Click to expand...
There will be a lot of corporate vendors bringing in customers and business associates from all over the country... all those folks that...."Gee... Ive never been to an SEC game...I'd like go to one... ya know.. just for fun... Blah Blah...id be happy to consider purchasing your product or service.... blah"

Have you heard of the ship of Theseus? It goes like this: the first king of Athens, Theseus, had a ship built. Over the years, the ship was repaired bit by bit, old boards, sails and ropes being removed and replacements installed. By the end of Theseus' life, every part of the ship had been replaced at least once. Yet it was still thought of as the same ship, as Theseus' ship.

Another example of the same point is this: most every cell in the human body is replaced each 7 to 10 years. You literally have nothing physical in common with the you of two decades ago. Yet you remain you.

No worries for Neyland. Its spirit continues to thrive, even as old parts are replaced with new ones.

Go Vols!
Click to expand...
Not every cell in your body is replaced like that. Your brain isn’t reconstructing itself every seven years.

VegasBaby! said:
There was a lot of history made in Morrill Hall,
Click to expand...
and immediately regretting putting all the freshman EF students on the same floor

Sara Clark said:
Click to expand...
like he did the beer and concession lines
Likes: PlanetVolunteer, LakeMaryFLVol and Sara Clark

mrredskin said:
like he did the beer and concession lines
Click to expand...
maybe you haven't been paying attention to the National worker shortage.
Likes: HalfullVol

volfanhill said:
maybe you haven't been paying attention to the National worker shortage.
Click to expand...
they pull in enough money on gameday to pay them more. there have been issues with lines for years in certain places. what was the excuse 3-4 years ago?

mrredskin said:
they pull in enough money on gameday to pay them more. there have been issues with lines for years in certain places. what was the excuse 3-4 years ago?
Click to expand...
DWhite wasn't here -

Jackcrevol said:
not old enough to appreciate those.

when i was in school we had circular troughs.
Click to expand... 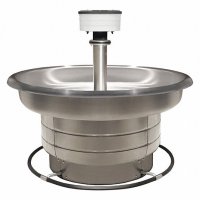 FiremedicVOL127 said:
View attachment 419086
That was the sinks………
Click to expand...
no sink. mini dome had circular pissers
Likes: JCHateSteve and JacketVol

Jackcrevol said:
no sink. mini dome had circular pissers
Click to expand...
I remember em, it was just a joke
Likes: JacketVol and Jackcrevol

Has anybody found a webcam on the progress? I wonder how things are progressing, and the Google box came back empty.

FiremedicVOL127 said:
View attachment 419086
That was the sinks………
Click to expand...
The Huntsville Civic center has these. I've seen confused people (hockey event) leaking in these thinking they were at Neyland stadium. Almost fooled me.
Likes: kcvols1

ptcarter said:
The Huntsville Civic center has these. I've seen confused people (hockey event) leaking in these thinking they were at Neyland stadium. Almost fooled me.
Click to expand...
😂😂😂 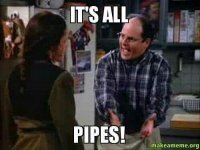 $2,000 a pop.
Click to expand...
No reason that both experiences can't be available in the same stadium. They do it everywhere.
Likes: HalfullVol

Best tackle for his weight the old school ever had

FiremedicVOL127 said:
View attachment 419086
That was the sinks………
Click to expand...
It's not uncommon, and I'm sure y'all know this, to see these with a sign on them saying "THIS IS A SINK" which tells you what's been going on.

is that for the season???
M

FiremedicVOL127 said:
View attachment 419086
That was the sinks………
Click to expand...
At my first Ozzy concert it was a requirement to use this as the urinal. When in Rome.

if I was doing the renovation I would have increase capacity, in the same space, added another jumbo, remodeled exterior and concourses. this is so disappointing
Likes: onevol74 and Voltopia

People are destroying this sport and there is nothing we can do about it.
Likes: onevol74 and Voltopia

West Vol said:
Not every cell in your body is replaced like that. Your brain isn’t reconstructing itself every seven years.
Click to expand...
My brain stopped reconstructing itself decades ago!
Likes: 87&91ALUM
New posts
You must log in or register to reply here.
<< Tennessee Vols Football Forum
Share: Facebook Twitter Email Link