Pretend you're a booster 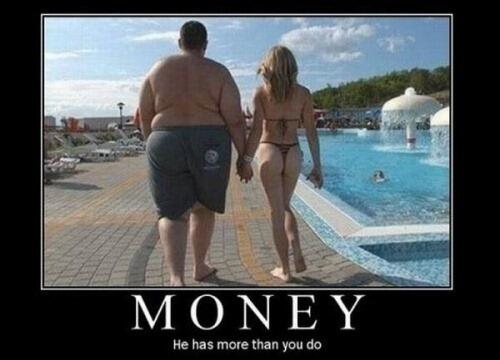 
hookers, Ferraris, cocaine, jet skis. All day. Every day.
Click to expand...
Good on you for wanting to support the working girls.
They have to pay rent just like everyone else.
T

Ernest T. Vol said:
LOL. Money talks. Damn she a white girl. She a Vampire or what?

"It's Time" said:
Yea, and Lee Harvey Oswald killed JFK on his own.
Click to expand...
The old rocker says he still has the shovel.

Do I get a hot girlfriend 10 years younger than me and a McLaren?

Also, what do I generally eat? I'm so over Raman.
Likes: Seattle Hillbilly


hookers, Ferraris, cocaine, jet skis. All day. Every day.
Click to expand...
I'm disappointed it took to the bottom of the page for someone to be honest like this. 😂

I think we overestimate the influence of boosters.

I call Gruden, and we watch negavolnation for laughs
T

hep said:
I think we overestimate the influence of boosters.
Click to expand...
I think you underestimate the power of money.
People with it generally want to keep it and get more.
Stroking their huge ego is the main reason for them to lift up off their wallet.
Influence is part of the stroke.

If i was the top booster i would not have fooled around spending worthless $$$ on the last 4 Coaches.. Saban would be our coach.

hookers, Ferraris, cocaine, jet skis. All day. Every day.
Click to expand...
So, Hugh Freeze is your horse in the race.
Likes: KSVOL, CR-vol, UTwild82 and 5 others

"It's Time" said:
Yea, and Lee Harvey Oswald killed JFK on his own.
Click to expand...
You do realize the simplest explanation is nearly always the correct one, yes?

Also, you realize that Oliver Stone has done a LOT of drugs, yes?
Likes: Volsonyourface

tastycar said:
Even IF fans protested under false pretenses, which I'm sure a small percentage did, who the f would want Schiano as Tennessee's coach anyway? Rutgers still sucks, in case you didn't know.
Click to expand...
Schiano is Butch on steroids and the fans AND RECRUITS ate up Butch. I'm no Schiano fan, living in the Tampa area, but his act may work in college.

I still think had UT rolled out Pruitt that Nov. Sunday there would've been an equally huge protest.
Likes: Volsonyourface and coffeevol
W

Agree. The last 10 years is proof that the administration doesn’t have a clue about hiring a good coach. Why would someone give millions to them thinking they’d get it right THIS time.
Likes: Vol4ever
I

kcvols1 said:
You do realize the simplest explanation is nearly always the correct one, yes?

Also, you realize that Oliver Stone has done a LOT of drugs, yes?
Click to expand...
I know the answer to both of your questions is yes.

I also know that if you think I’m basing my statement off of a movie, I’m not sure really how to approach your line of thinking.

rocketskates said:
If I were a booster gruden would’ve been your coach in 2013 as I would’ve thrown the checkbook at him.
Click to expand...
Gruden may have failed in college just like Saban and Spurrier failed in the NFL. I never felt that Gruden was a sure thing as far as having success at the college level.
Likes: Vol4ever

"It's Time" said:
Yea, and Lee Harvey Oswald killed JFK on his own.
Click to expand...
That’s right, as far as firing the shots he was.
Likes: Vol4ever

First, Kiffin never gets hired. Gary Patterson does. And we are likely not in this mess right now.
Likes: kcvols1, Vol4ever, UTwild82 and 1 other person

rocketskates said:
If I were a booster gruden would’ve been your coach in 2013 as I would’ve thrown the checkbook at him.
Click to expand...
And we would have been much worse then we are now
Likes: Vol4ever

BigOrangeTrain said:
First, Kiffin never gets hired. Gary Patterson does. And we are likely not in this mess right now.
Click to expand...
Yes....I agree 💯
Likes: BigOrangeTrain and Vol4ever
V

Bigorange123 said:
I call Gruden, and we watch negavolnation for laughs
Click to expand...
Is your nickname beaver.
did you go to MIT?
Karns high school?
need your bonafides.

Do I get to be a really really rich booster?

If so then I just make it rain everywhere as I walk around the campus and through Neyland.

I fire Pruitt at his thanksgiving dinner.....but to keep the “thanksgiving” going I go ahead and throw the entire buyout at him right there........but in one’s.

I call up Meyer and offer him 12 million a year and give him another 10 to hire the best staff in America.

Then we’d call up Mrs Massingale and tell her to suck it!
T

I suspect that the members of the Neyland Society would be hard pressed to pass the hat for $12.8 million with no assurances what is on the other side and what that cost would be, as a current coach would have a buyout that the coach would expect new school or new school boosters would take out. When Kiffen was spirited away, the SC boosters G5 was here on Thursday and the $1 million buyout was paid before close of business the next day. Nobody came for Dooley or Butch except for Gouffon Moving and Storage.

And Fulmer hasn't knocked it out of the park with his hires, Harper flamed out and crashed at North Carolina State and was rebuilding her career at a directional school, we all like the hire as she is glad to be here, will work very hard in all aspects of the role and is paid much, much less than Warlick was, who much like Fulmer, had no skill set that was in demand by another women's program, having been publicly rebuffed by Ohio State and a couple of other schools. Fulmer did not attract a championship level women's basketball coach with his hire, many forget he raised and extended Holly the same year he fired her, further costing more money to make the coaching change which was long overdue.

As divisive as a figure like Fulmer is to all fans and boosters, it will be very hard to assemble a consensus and dollars to make a football change anytime soon.

The big knock on Schiano was not reporting the things he had seen, the bigger knock on Freeze will be the things that he did.
Likes: GlennTenn
New posts
You must log in or register to reply here.
<< Tennessee Vols Football Forum
Share: Facebook Twitter Email Link