Man boobies-Why are so many coaches out of shape?

VolMan0503 said:
My thoughts exactly. I don't think the physical shape of the coach has any bearing on his ability to coach the game of football. However, we ARE dealing with young men and I do think some level of personal physical conditioning is part of setting the desired example for your team.
Click to expand...
^ nailed it

There is a big difference between aging with a little extra weight and being obese. I am 64, 6' tall and 182 lbs which is my target weight. Being obese brings all sorts of medical problems. Yes, I met Kiffin when he was a coach at UT and he was very fit. It does look like the coaches I have mentioned are spending too much time at the buffet.
Likes: Gnew6011vfl
J

Steve_Smith89 said:
Because they are rich and eat from restaurants every single meal
Click to expand...
Yep. Restaurant Food is Not Healthy. Too much Sodium, Sugars, & Fats. Not to mention the Flavor enhancers and God knows what other Chemicals added. As a RULE, Restaurant food is the Cheapest they can buy, they are concerned with Profit; Period. Home Cooking is the way to Healthy eating. (Cut down on the SALT) Organic, organic, and More Organic Fruits & Veggies; Whole Grains, Fish & Poultry---- the way to health eating. You ARE who your gut says you are.
Likes: Steve_Smith89

So we are so bored since we have our coaches in place that we have resorted to talking about HC's tits? WOW....
Likes: chidave
J

kckempf said:
Too much work, too much stress, not enough exercise. If you're constantly working 60-70 hour weeks there isn't a lot of time for a workout and there isn't a lot of time for being discerning with your diet.
Click to expand...
That's an excuse. If you Want to eat healthy, it's not that difficult. Everyone has access to a fridge, and organic veggies are easy to have delivered. RIBS & PIZZA Also. It's a choice.
J

Vol_Fan4Life said:
So we are so bored since we have our coaches in place that we have resorted to talking about HC's tits? WOW....
Click to expand...
Volnation knows how to Swing...
J

JohnWardForever said:
That's an excuse. If you Want to eat healthy, it's not that difficult. Everyone has access to a fridge, and organic veggies are easy to have delivered. RIBS & PIZZA Also. It's a choice.
Click to expand...
You could probably put together an exercise and eating schedule catered to each of the coaches yourself in the next few minutes if it's so easy.

rockytop989 said:
Surprised no one has made a McDonalds joke yet, I guess our fan base is finally growing up!
Click to expand...
Oh, shut your Big Mac.
Likes: rockytop989

Roustabout said:
Saban aint fat. Ryan Day? nope. Urban Meyer? Nope. Barnes? Coach K? Plenty of in shape coaches and it's no wonder they are so successful. This was a reason I was against Chaney. I knew him his first time here. He was big and sloppy, but nothing like his next time around. A guy that lacks that much control can't be doing things right.
Click to expand...
Not a popular opinion but I agree. Being in good shape makes people better leaders because it subconsciously communicates discipline and self-control. I'm not in great shape, been "trying" to lose my belly fat for 15 years, but GENERALLY SPEAKING I have greater respect for people who are in shape than those who aren't.
Likes: Gnew6011vfl and SalVolinus
U

Like most executives in high-salary, high-stress, high-visability positions, they don't take time for their body. Their jobs consume 80% of their life/mind/emotions; their wife and kids 19%+; hobby with friends <1%.

I'm not saying it is right, but it is a reality. I'm also not saying there are no exceptions - there are.

Yea I know there are 30-somethings that run corporations and are in shape. Wait until they hit their 40s.

kckempf said:
Too much work, too much stress, not enough exercise. If you're constantly working 60-70 hour weeks there isn't a lot of time for a workout and there isn't a lot of time for being discerning with your diet.
Click to expand...
Dan Mullen used to run around MSU campus bright and early to stay in shape... just have to make it a priority. Staying in shape is part of the job IMO because it gives you greater influence and makes you more effective at everything you do.

Godfatha said:
If Chaney came in my home, I would hope he doesn’t expect me to feed him.
Click to expand...
If you have small children, you better.
Likes: VolFaninFla

volmanNC said:
Well, fat Foolmer coached a team that won the NC...
Click to expand...
Yeah, but at the time, he wasn't that fat.

Are the percentages of fat coaches higher than the general population?

Football is a game played by large men. Chaney was a nose tackle. Fulmer was an OG. Andy Reid was an OT. We call them big uglies for a reason. What do you think is going to happen when our current linemen stop playing? Sure, some will keep in shape or even lose weight, but like many, plenty will struggle with their eating habits for the rest of their life. My boys play HS football. They were tall early, but I kept them away from the lineman path because I didn't want them being that big (and trust me, it would take nothing for my 6'3", 210-lb QB son to get up to lineman size). These guys are big and strong, and they can bench press a dump truck.. but they're also overweight. Some significantly.

Dorothy Mantooth is a saint! 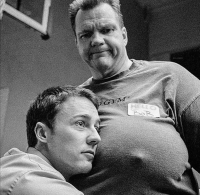 Gnew6011vfl said:
If you’re a recruit, does it matter to you what the guy coaching you looks like physically?Say you’ve narrowed it down to 2 schools, both coaches have matching records/same credentials,one has a big ol set of man boobs... do the boobs sway you the opposite direction? GBO
Click to expand...
If they have time to eat well and hit the gym for hours a day they are not recruiting hard enough.

Dorothy Mantooth is a saint!

Doberman said:
Not sure I’ve ever seen a more disturbing image.
Click to expand... 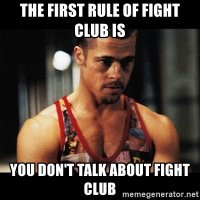 SalVolinus said:
Absolutely would to me. Your body is a direct reflection of your level of self respect and discipline. I have a hard time taking anyone serious that lets themselves go physically.
Click to expand...

Got to love the off season.

photovol said:
It’s called Pride!
Click to expand...
So many of our nation's problems would be solved if people did their due diligence in working out and eating a little better. There's a reason all of the fattest states also correlate to the poorest, unhappiest, and least educated.

Slow news day? I would hope my college aged kid would be more concerned about what is in a coaches mind than his physical attributes. Similarly, a shallow minded kid that focused on such attributes would be a little further down on my list of prospects given the choice between athletes.

I'm kinda late to this thread but I'm going to leave this here for you to ponder: