Samthebam said:
Where do I go to find the unofficial thread? For us folks who just want to comment without adding anything of substance?
Click to expand...
Wouldnt that be the entire VN site?

The entire offensive staff has been fired or have moved on except for Tee Martin and his contract ended yesterday. Most believe that the entire UCF offensive staff has already been hired to coach here (just not announced officially) with the exception of maybe the WR coach and/or RB coach. We will probably get an official announcement Thursday or Friday. That's when we'll probably find out if Tee was retained or not. I imagine the only coach that may not come from UCF is the WR coach since he was just hired.
Likes: ThreatLevelOrange

Border Vol said:
Coach Heupel is hiring Jake Breske who worked in Missouri's recruiting department. He will be working in a Director of Recruiting type role.

Me thinks UT may still be in a hiring freeze legally?

JRich said:
What is this? Is this a thread for completely off target speculation, like the HC job?

You will know when everyone else knows.
Click to expand...
Rich!

ZombVol said:
Me thinks UT may still be in a hiring freeze legally?
Click to expand...

Rumor is they are down to counting Nickles

ZombVol said:
Me thinks UT may still be in a hiring freeze legally?
Click to expand...
I think the main focus is the roster and recruiting. We’ll find who’s on the staff soon enough.

Our DB's were straight garbage under Willie. I wouldn't want to give him another chance. Maybe he's improved his coaching style since his last stop on Rocky Top.
Likes: Deebowbear and norriscraftbasser

Voldirector11 said:
If I had to guess...

[edited to include most recent or current job, and separated by squad]
Click to expand...
Interesting guesses, thanks for this.

You show 4 on the offensive side coming with Josh from UCF: OC, QB, WR, and OL ... with the final asst coach (RB) on that side from SMU.

The special teams coordinator also with Josh from UCF.

The defensive side is mixed, half Auburn, half UCF. This is the most intriguing part to me.

Do you know if Kevin Steele has worked with Corey Bell and/or Willie Martinez in the past? I glanced at their resumes and didn't see any obvious points of overlap for either of them. Steele has been at Auburn and Tennessee, as has Martinez, but apparently never at the same time.

What were your thoughts when mashing together Steele, Garner, Bell, and Martinez?

Big announcement.
UT would like to welcome Patches O’Houlihan to the Hill. 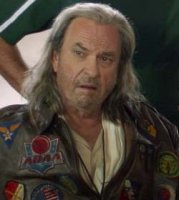 Guess he made it to Knoxville finally.