Going to the UGA-UT game

allvolrecruiting said:
Going to the UGA-UT game
Click to expand...

“It was crazy, man. It was like nothing I’ve seen before,” said Telander, who received his first scholarship offer in June from first-year Tennessee coach Josh Heupel’s staff after a strong showing at one of the Vols’ camps.

“My dad, he coached 17 years of college football, and he said he’s never seen a game-day atmosphere like that. It was crazy. It was unbelievable, actually.”
Click to expand...
“I like them a lot,” he said. “They’re at the top of my list. I told my dad they’re going to be hard to beat.

“I mean, I’m looking at every option I have, because it’s not time for me to commit yet. But, man, they’re definitely high on my list. It’s going to be hard to beat.”
Click to expand...
“They look like they’re playing together,” he said. “The coaches look like they’re coaching them up well. Great chemistry between the team. They obviously know what they’re doing well, if they’re moving that fast around. Good substitutions, good play-calling — everything. Everything was great.”
Click to expand...
“And it’s cool because their defensive coordinator worked with my dad at (Bowling Green) a good while ago, so it’s cool how that correlates back.”
Click to expand...
callahan
Likes: TN-POSSUM, F0Rt_V0L, gainesvol82 and 20 others

Here, he runs back another KO 95+ yards only to have it wiped out by a penalty:

Looks a little like a young Jackson Browne.
Likes: GameTime, TN-POSSUM, walkenvol and 3 others

Tennessee was one of the early offers for the standout linebacker from Gainesville (Ga.), and he is set to visit them next weekend on March 5th. Tennesse has done well in this recruitment and made strides with Telander. His father, Steve, a former college coach, has a unique connection with Tennessee DC Tim Banks. When Telander was finishing out his coaching career at Bowling Green in 1996, Banks served as a graduate assistant for Telander during that season as he was starting his career. Telander will look to build on his relationship with the Vols next weekend.
Click to expand...
- Matt Ray
Likes: TN-POSSUM, wwilso29, F0Rt_V0L and 5 others

BigorangeBoy said:
Looks a little like a young Jackson Browne.
Click to expand...
I hope this kid is in shape. Don't want to see him Running on empty in the 4th quarter
Likes: GroverCleveland, walkenvol, 67Vol and 4 others

vols 30 said:
I hope this kid is in shape. Don't want to see him Running on empty in the 4th quarter
Click to expand...
He returns kicks as a LB in Georgia. His condition will be fine
Likes: Vol in Buckeye Land and Memphis_Vol1198

allvolrecruiting said:
He returns kicks as a LB in Georgia. His condition will be fine
Click to expand...
Think you missed the “Running on Empty” comment in relation to the Jackson Browne reference. 👀 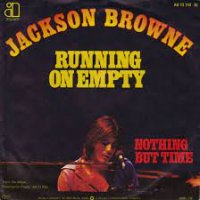 We’re heavy favorites per AP. Kids loves him some Tennessee.
Likes: TN-POSSUM, volfan_28, JustSomeVolFan and 20 others

He just win mvp in a rival's ATL camp?
Likes: HeadVol77 and CamSnod1997

The time spent with Jean-Mary allowed Telander to see, once again, exactly how he can be utilized in Tennessee's defense. "That's exactly what it did," Telander said of if he could see the position fit the Tennessee staff had been telling him about. "He (Jean-Mary) said, 'they have really three phases. They have a run defense, you gotta be able to pash rush, and you also have to cover. He showed a few of my plays that I have of those and showed me a couple of things I could do to get better on, as well as things I'm strong on. That was very motivating for me."

Telander plans to get back to Tennessee at some point for an official visit, and he has several other visits lined up for this Spring as his recruitment continues to explode, but the Vols have certainly made an impression on him to this point as they battler numerous other suitors. "They are very high on the list. I really like Tennessee, so they are very high on the list."
Prized LB Jeremiah Telander Recaps Tennessee Visit

Let me know when he’s a 4 star, then he’ll be good
Likes: LittleVol, Orange_Crush, allvolrecruiting and 5 others

The Gainesville, Ga. native will continue the recruitment process. He would like to check out the campuses of North Carolina, Georgia and Florida, and already made a stop by Louisville on Friday. But Saturday’s time in Knoxville was very beneficial, for both sides.

“I also talked to coach [Josh] Heupel during the basketball game – we got some 1-on-1 time in there. We talked about how and when we are going to do an official visit. He said they really like me, and I really like them. It was a very successful day.”

The Peach State native plans to be back for a spring practice in the next few weeks and has a tentative plan for an official visit at Tennessee sometime in June. The 6-foot-2, 215-pound athlete believes his skillset would fit in great in the Volunteer defensive scheme.

“They see me as an athletic linebacker who has good instincts,” the prospect said. “I can work in their defense because they let their linebackers run and make plays. They see me in that role very well.”

Telander stars for Gainesville High School. As the middle linebacker, he’s racked up Region Defensive Player of the Year honors twice and concluded the 2021 season with 137 stops, 33 tackles for loss and three interceptions.

Tennessee initially offered the prospect last June after he caped with the Big Orange.

“The coaching staff is still fairly new. They are all energetic,” Telander continued. “Tennessee is just waiting for a spark to happen. They have a great fanbase and are waiting to have a great season. When that happens, it’s going to be special. That would be really cool to be a part of.”

Heupel and company made some moves with several prospects on Saturday and Telander is one of the highlights. The Volunteers expect to be a serous contender as his recruitment begins to take shape this summer.

“It was just great,” the prospect said leaving campus. “I’ve never seen a college basketball game before today and it was a great environment. It goes to show you how loyal that fanbase is all-around.”
Click to expand...
-VQ
Likes: TN-POSSUM, Ericvol2096, Orange_Crush and 13 others

I really like his athleticism in the little I've watched him. He had this visit planned for a while and he loved it.
Likes: LittleVol, Volfan1000, TitanicVolz and 4 others
New posts
You must log in or register to reply here.
<< Tennessee Vols Recruiting Forum
Share: Facebook Twitter Email Link