kregman said:
Next year if Rogers is healthy and with Turner having gone through the wars we should be in good shape (Bender is solid). I give Turner a lot of credit for keeping at it last year. Most pitchers young or old would have either been screaming at their teammates, pouting, or curled up in the fetal position on rubber crying with the defense we played at times. She rarely changed her demeanor on the mound. One of things I always appreciated about Matty Moss was whether the results were good or not she kept a good attitude and uplifting presence through out. I will always have good memories of her for that.
Click to expand...
Matty will always be one of my favorites to have played at Rocky Top. She is definitely missed. She always had a great attitude and never had a sour puss expression like someone who I will not name. Too bad we could not have had another year with her!
Likes: Volfaninfl2, ldyvolsoftballfan, WVU05UT09 and 2 others
M

Karen was on The Sports Animal with Brian this morning. She confirmed that Seggern, Hannon, and Poindexter are all coming back for another season. Batts already had a job lined up and decided to move on and Jenna wanted to be closer to family while she worked on her masters. She also said Ivy Davis was recruited to fill the void in the middle infield. She chose TN over Florida, UL, and Texas.
Likes: Volfaninfl2, Ladyvol777, RogerThat and 5 others 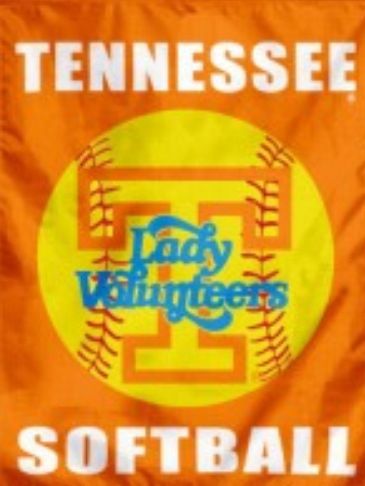 DeerPark12 said:
No, it was the transfer Ivy Davis coming in.

I'm sure they will find someone that is excellent, but I don't consider losing Marty as "good news" by any stretch of the imagination. He will be missed, even if people on this board don't want to hear it.
Click to expand...
Then you explain why UT pitching has been trending down. It's either Marty or Karen...which is it
Last edited: May 26, 2020
S

Vol67 said:
Then you explain why UT pitching has been trending down. It's either Marty or Karen...which is it
Click to expand...
all 3!!
Likes: ldyvolsoftballfan
D

Vol67 said:
Then you explain why UT pitching has been trending down. It's either Marty or Karen...which is it
Click to expand...
I refer you to my earlier post in this thread where I answered exactly that:

DeerPark12 said:
Marty was a head coach before coming to Tennessee, albeit at a lower level, so he knows the complete game and was involved in different areas of the team over the years.

As far as the too many cooks comment, there's probably some truth to that, but it's more complicated than that. Karen has called pitches for their entire tenure here, predating Marty. I can't name them off hand, but there are other successful head coaches (that aren't the "pitching coach") that call the game, so it's not unique to here. The downside of your pitching coach calling the game is he/she can't be in the bullpen overseeing the next pitcher warming up or helping someone you want to re-enter fix a hitch in their game. The negative is that the pitching coach doesn't have total control of the pitcher that is on the mound.

Here's why that's important: If a pitcher isn't executing the pitches that are called, who is holding them accountable? What's the process to get them to fix the issues that are causing the lack of execution? Is the pitching coach seeing the issues in execution not being engaged with calling the game, calling set-up pitches, pitch sequences, etc. It's harder for a pitching coach to fix those things in that situation.

In 2019, Karen worked with the pitchers almost exclusively and Marty worked with the hitters. Marty helped Ashley Rogers develop and oversaw the bullpen during the games, but in practice he was working with hitting. The pitching results were roughly the same as the years before, while the hitters had some really good moments. Phillips was able to step in when Seggern was injured, Shipman was off to a great start before the injury, but most of all, they were able to fix Haley Bearden from being a career .100 hitter to a .313 hitter with 15 home runs and a team-high 47 RBI.

With Marc coming on as a Volunteer Asst this year, he moved to working with the hitters and Marty went back to working primarily with the pitchers. I think he got the most out of Turner that you could expect for a freshman thrust into being the only reliable option. Without question if Rogers is healthy this year, they would have been in a much different position when the season ended than they were.
Click to expand...
Likes: ldyvolsoftballfan
New posts
You must log in or register to reply here.
<< Tennessee Lady Vols Forum
Share: Facebook Twitter Email Link