By the way I love that YouTube channel posted in the reply.

Reading some good books, watching videos on YouTube I haven't seen before. Came across some firsthand accounts. Some good military studies as well.

There aren't a lot of Street View options on Google available for some of the hot spots of the war, and the jungle has reclaimed most, if not all battlefields. The whole point of the jungle was that there weren't battlefields anyway.

This is pretty interesting:
“Cover” in “Footprints of War: Militarized Landscapes in Vietnam” on Manifold at the University of Washington

Revisiting We Were Soldiers Once And Young and Matterhorn. The latter is a great read if you haven't heard of it. The author served combat duty in Vietnam in 68-69 in the area and hills pictured here, after the war he shopped his autobiography for years with no takers, so he turned his story into a historical fiction work. Kind of like Oliver Stone did with Platoon, but way less dramatic liberties. Pretty heavy read, but I can't put it down.

Reading about 17-19 year olds fighting over "hills" like this, to get artillery and landing bases on top of, to provide cover for patrols down in the valleys.

Still on the Lane Train 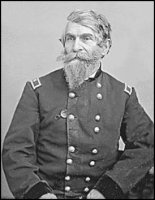 July 2, 1863 is a day full of amazing stories. The Lions of The Round Top, The Men Must See Us Today, Lee Calls on Hoods Texans, Barksdale's long white hair blowing in the air as he leads his Mississippi Brigade to glory, and ultimately his death.

I'm on record as saying the battle of Gettysburg was over at nightfall on the 1st, Meade had won by holding the line from Culp's Hill to the Round Tops.

Lee had one last shot, on a position far more important than the Round Tops. Meade, a new Army commander, had called all available reinforcements to the center to counter the McClaws/Hood assault, leaving a brigade of New Yorkers, 1200 strong, to defend a mile and a half front.

Greene set his men too cutting trees for defenses, and soon the spine tingling cry of the rebel yell echoed from the late afternoon shade as nearly 2 divisions of Ewell's Corps moved on the thin and scattered brigade.

Keep in mind that there was 4-5 regiments per brigade, 3 brigades per division, and 3 divisions per corps. So one under strength brigade was tasked with holding a front intended for 9x their number.

They held, Greene begged for help, and it came (sort of). Men from the 1st ans 11th Corps arrived as they could, in handfuls. Both of these units had been so battered on 1 July that they would no longer exist in a month.

The damndest thing happened. In a war run by field grade officers, corporals and sergeants took over. Rotating men in and out of the line, replacing and replenishing. The survivors of the storied Iron Brigade cheering on their German colleagues of Von Steinwhers division as they switched places on the thin line.

Greene held, and in my view saved the day. The defense of Little Round Top was amazing, but I don't know that it would have made a difference had Hood taken it.

Also pictured is John Wesley Culp. He had moved to Virginia several years earlier, and ended up on his family farm in July 1863 with B Company, 2nd Virginia Infantry, of the Stonewall Brigade. He fell on the hill named for his family.
Likes: tntar heel, Tri-CitiesVol, 3rdDegreeVol and 1 other person

Still on the Lane Train