Terry Fair was a vocal leader for the Vols from 1994-1997. As a junior, Fair was named All-SEC, while recording 33 tackles and 4 interceptions. He also returned 29 punts for 400 yards and 2 touchdowns. The two touchdowns were vs UCLA and Arkansas...... both going for 86 yards!!!!

First of his name

Are y’all accounting for the game being moved to 2 days earlier?

Are y’all accounting for the game being moved to 2 days earlier?
Click to expand...
I missed a few days when I was out of town.....I just took back up where the last one was.

I double check tonight. Thanks
Likes: VolFaninFla, gnm53108 and mad4vols

In the 1979 Vandy game, Jimmy Streater hit Anthony Hancock on two long scoring passes of 41 yards and 85 yards, in the Vols 31-10 victory.

In a hard fought game versus Alabama in Tuscaloosa on October 20, 1928, Vol legend Gene McEver returned a kickoff for 98 yards, leading the Vols' to a 15-13 victory.

ArdentVol said:
Dad often mentioned Hack and Mack, but favorite Vol was Cafego
Click to expand...
Given the number of times his name still appears in the record book even after the passage of over 90 years, McEver must have been an absolute beast.

When McEver had to miss the 1930 season with a knee injury, Buddy Hackman stepped in and made All-Conference, 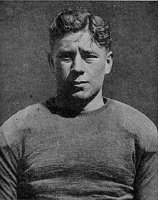 That said, George Cafego gets my vote as the toughest Vol ever. He blew out a knee sometime in his junior year. He went on to earn All-America honors his senior year and played several seasons in the NFL. He didn't get his knee fixed until sometime in the '70s. John Majors used to let "Bad News" give the pre-game speech before the Vols went out to play Vanderbilt. He was Tennessee's kicking and special teams coach and developed legends like Weaver, Kremser, Reveiz, Hunt, and Craig Colquitt. 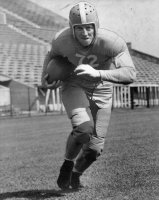 peaygolf said:
Caught up!!!!!!!
Click to expand...
Dang. Now I've got to reset my clock!
Likes: peaygolf and OneManGang

Steve Wold was a backup fullback in 1969-1970 to Curt Watson. The Florida native rushed for almost 600 career yards and a 6 yard average. He is best known for his 82 yard run vs Vanderbilt in 1969. It is still the longest non-scoring run in Tennessee history.

In his first varsity game as a Vol, Johnny “Drum” Majors flashed his greatness and showed what he would become. Majors had an interception and an 80 yard TD in the 19-7 Vols victory over Mississippi State in Memphis.

mad4vols said:
What did he have to do to earn the name Diamond Dick?
Click to expand...
Hard as a diamond? 💎😄
Likes: OneManGang and mad4vols

General Neyland said the best pure passer he ever saw was Charles Vaughn. Vaughn was also great as a defensive player and helped the Vols to a 24-5-1 record from 1932-1934.
In the 1933 game vs Vanderbilt, Feathers 3 TDs, Vaughn’s spot passing, and Vaughn’s 79 yard interception return helped UT to the largest victory over Vanderbilt in 30 games, 33-6

Steve Wold was a backup fullback in 1969-1970 to Curt Watson. The Florida native rushed for almost 600 career yards and a 6 yard average. He is best known for his 82 yard run vs Vanderbilt in 1969. It is still the longest non-scoring run in Tennessee history.

View attachment 373535
Click to expand...
how did i forget steve's name.
It's hard to think today that ia backup FB would even get 20 yards a season these days. The Crossville Comet was one my early Vol favorites
Likes: krichunaka, OneManGang, malinoisvol and 1 other person

In the 1990 Cotton Bowl, big plays were all over the place. A long TD pass to Anthony Morgan, three turnovers by Arkansas, and 250 rushing yards by Chuck Webb, helped UT defeat Arkansas 31-27. Webb scored 2 TDs, one on a 78 yarder, that iced the game!