To be honest, Miller was not on our radar as a legitimate Power 5 guys before really coming into his own as a senior. At 6-foot-5 and 350 pounds, Miller is a projected guard at the SEC level and he plays with overwhelming power. I’d like to see him drop a little weight to help his mobility and getting him out to space on pulls and traps and getting to the second level of blocks on defense, but his power is what separates him as a run blocker.

Miller is a finisher, which is an essential trait when breaking down guards. He plays with a chip on his shoulder, makes contact and drives defenders way out of position or to the turf. It’s a redeeming quality as we evaluate interior offensive linemen.

Miller is tasked with pulling a good bit and has good mobility for a prospect of his size. He is effective out in space, despite being a bit off slow out of the breaks. Again, it’s an area he can improve upon when he gets in a college weight program.

Miller is a solid pass protector in limited reps against average competition. He’s a little slow opening up to protect the edge, but if he can grip a defensive lineman I like his chances of winning that battle one-on-one.

Overall, solid pick-up for the Vols.
Click to expand...
-Spiegelman

"overwhelming power..." he and Spraggins on the interior with Mays at center gonna be nasty in the future.
Likes: Geaux_Vols, T Dog, WilliamDuVOL and 31 others

Bassmaster_Vol said:
I hate to be a star gazer.... but it ain't gonna help with the ranking tho. Hopefully he's really good.
Click to expand...
Don't worry, there are plenty of star gazers in here who will be glad to come in and crap all over this thread.
Likes: Orangeredblooded, jerrync, SweetasSoda and 4 others
C

CJP is certainly bringing in some large dudes. Kid is nasty and nimble....

If you are going to take a risk and hedge on a kids ability to develop to SEC caliber, might as well be on the line of scrimmage rather than some small position-less athlete.

This kid just needs to lose the baby fat and reshape his body but you cannot build that frame.
Likes: SweetasSoda

Foosball is the devil

Butch crooted guys that need to put on weight to be SEC linemen. CJP wants guys who need to lose it. This guy project well as a run blocker for sure
Likes: jerrync

jackcrevol said:
does he project as a Tackle or Guard?

i'm tempted to say we need tackles more...which are we in more need of?
Click to expand...
I doubt he has the footwork to be an OT at that size, but I really don't know much about him at all other than he big.

BOOM for the road grading OL!

HoleInTheRoof said:
It’s hudl so grain of salt, but he moves really well for a small mountain of a man.

I’m confused by his lack of offers. His teammate - the rb - has a ton of offers so plenty of people has seen his film.
Click to expand...
Running backs can be flashy, lineman not so much. If you are not looking for lineman they can be overlooked. I think he is just bigger than the other boys he is playing, I wonder how he would react to some big boys. I think it is a great pick up though. Can't teach size.
Likes: SmokinBob and Mightyvol 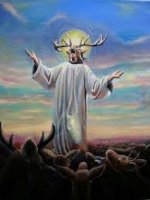 If he is a powerful straight ahead blocker but not quick laterally, he might be used in a jumbo package where he doesn't have to chase his victim. A player who can block straight ahead on 4th and 1 is worth a lot, even if the speed doesn't come. And if it does come... watch out.
Likes: Brillovol, SweetasSoda, Paper_Towel and 2 others

Bassmaster_Vol said:
I hate to be a star gazer.... but it ain't gonna help with the ranking tho. Hopefully he's really good.
Click to expand...

Y'all think we probably give him a RS year to get a bit lighter and quicker?
Likes: quadlee21

Catbone said:
Y'all think we probably give him a RS year to get a bit lighter and quicker?
Click to expand...
Yes he definitely will. There is a reason you don’t typically see 370 lb linemen. They have to have some mobility. That’s the reason Cade isn’t playing much for UGA. He can’t move well
O

If you are lined up against him your best option is to lie down on the ground because that is where you are headed anyway.
Likes: Brillovol, DynaLo, InVOLuntary and 10 others

I’m no expert but he looks like a big lineman with potential
Likes: SweetasSoda and SmokinBob

My goodness! I dont know if I have seen a recruits highlights with so many pancakes! Almost every play he is pancaking someone.
Likes: SweetasSoda and SmokinBob