TN vs Mizz summed up in a pic

bigdaddy said:
That was a beat down of the biggest team in the SEC. I haven’t watched or followed any other teams but are we hands down the best team in the league? I know KY is struggling but that’s about it
Click to expand...
Arky beat Auburn last night. They look solid , are unbeaten but easiest schedule in SEC so far.We play Arky next Wednesday hoping they come in undefeated.
Arky plays Missouri at home Saturday so that will be interesting game to follow.
GBO
Likes: StarRaider and cardvolfan

Gator Chomping with Balled Up Fists

Thunder Good-Oil said:
Cuonzo is old school. His philosophy is better suited as a pre-shot clock, pre-3PL era coach.
Click to expand...
Fairly certain he watches the TN vs Temple game from 1973 as inspiration and tips on coaching
Likes: StarRaider
S

sechamp2012 said:
Arky beat Auburn last night. They look solid , are unbeaten but easiest schedule in SEC so far.We play Arky next Wednesday hoping they come in undefeated.
Arky plays Missouri at home Saturday so that will be interesting game to follow.
GBO
Click to expand...
Neither of those teams impressed me. They jack up 3’s so anything is possible if they are on fire but the Vols win 9 out of 10 against either of them IMO
Likes: beamerman and StrangeVol

Freak said:
View attachment 335144
Click to expand...
This was the most satisfying thing to see other than the win of course.
Likes: beamerman

Vols basketball is bringing defense back to the game. Jeremy Pruitt should attend and take notes.
Likes: beamerman and Ratvol

You have to admit that it was a close game until opening tip-off.

RavinDave said:
I called him a monster in another thread.
Click to expand...
YVES OF DESTRUCTION
Likes: twoffo, RavinDave, HollowaytoSeivers and 2 others 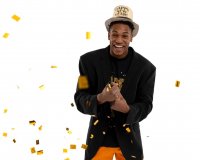 Why put down CM or his team? = They handed Oregon their only loss and Illinois had only lost to 2nd ranked Baylor at that point in the season - both teams were highly ranked when they lost to Missouri. I prefer to think the Vols are that good -
Illinois lost to Baylor by 13 and to Missouri by 3. The Vols 20 point beatdown was impressive - more impressive than the final score. I hope CM takes his team into the NCAA and does well. I prefer Barnes ball to to CM's but CM is a very good coach with a team that is not blessed with 5 stars coming of the bench. Isn't it better to feel great about what the Vols did in COMO because they faced a quality coach and team? Because that's exactly what happened.-- Missouri is the only SEC team with key wins vs Power 5 ranked opponents.
THE BRACKETS ARE CRAZY AT THIS POINT
The SEC appears to be very weak & Missouri's win over Oregon & Illinois are bright spots.
I hope we are in a class with Gonzaga and Baylor and now that we've moved to the 2 seed line in Bracketology we see those 2 with Kansas, Villanova, Wisconsin, Houston, and Texas as the top 8 seeds.
Right now the Vols, Missouri (4) Arkansas (6), Florida (8) , and LSU (10) are in with Ole Miss on the bubble from the SEC. The Vols will face Missouri again, Florida twice, Arkansas at home, and LSU, Ole Miss and Auburn away. It's odd enough not seeing KY twice as critical games for a rise in the rankings. UGA looked terrible in their first loss to Miss State a 5-3 team.
The BIG seems loaded with 10 teams in. Michigan, MSU, OSU, Iowa, Rutgers, Illinois, Purdue, N'western, Minn, & Wisc.
The Big 12 has Texas, Texas Tech, Kansas, Baylor, and WVa all highly ranked with 2 1seeds and a 2, 3, and 4 seed
The ACC - FSU 5, Duke 6, Clemson 6, NC State 10, UNC 6, VA Tech 9, VA 6, Lville 7, & Syr 10 - 9 teams with a 5 as their top seed WIERD.
The PAC has 5 seed Oregon, Colorado, UCLA, STANFORD, and USC on the bubble

Our game with Kansas should tell us what we need to know about our Final Four or NC chances. Beyond that the SEC is a mystery with KY falling off a cliff and the situation in Florida. Perhaps Missouri, Arkansas and Florida are the toughest games we face outside of Kansas since the game with Gonzaga was cancelled.