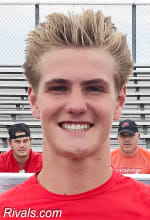 
Briningstool is a 6-foot-6, 225-pound tight end whose coach said he has Gronk-esque ball-skills. His dad played for Nick Saban at Michigan State and he has early offers from MSU, Purdue and Louisville.
Click to expand...
-VQ
Last edited by a moderator: Jan 26, 2020
Likes: sport3500, FïreBall, T Dog and 1 other person

jakez4ut said:
Of course he has Saban ties.
Click to expand... 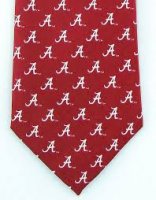 Also comes in a convenient roll:

If he doesn’t make it in football Hollywood could be an option. They are looking for a new full size Jack Reacher. He’s a lock for the young years.
Likes: drvenner and Volanta
F 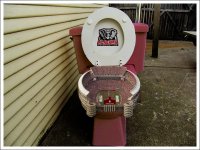 Here is a compliment to your roll!!!
Likes: WilliamDuVOL, Volmart, Special Ed and 4 others
S

That your name or what you do?!?
Likes: ShreveportVol and Volanta

is this kid named after soaking poo
in salt?
Likes: gainesvol82

HoleInTheRoof said:
Click to expand...
This kid is gonna blow up in the next cycle
Likes: Volanta

“That’s a very exciting one, to get the in-state school — kind of the hometown school, I would say,” said Briningstool, who now has received offers from 10 FBS programs in a little more than a month after also getting offers this week from Oregon, Nebraska, Arkansas and Missouri. “A lot of Tennessee fans (are) in the Nashville area, and a lot of my friends and stuff all go to the games and are fans. It’s a true blessing to be able to have that opportunity at such a good university, and especially one in the state.”

Briningstool said he moved to the Nashville, Tenn., area when he was 9, and while he grew up liking Michigan State, he has become plenty familiar with Tennessee in recent years. He said the Vols also impressed him during his two visits to Knoxville within the past six months. They hosted him in November for their game against Missouri, and he said he returned to Tennessee in February with one of his teammates.

“I loved the game-day environment, the Vol Walk and the traditions,” Briningstool said, recalling his visit for Tennessee’s home finale last season. “It was great to be able to see that firsthand. The program is definitely on the way up, and Coach (Jeremy) Pruitt and the whole staff are doing great things there. “Everybody talks about (crowds of) 100,000 people, and the UT fans, they never quiet down. It’s always loud. It’s a great environment to play in, so I’ve heard that aspect, the fan aspect. But to be able to experience it from, like, a player’s standpoint was pretty surreal.”

“I visited back in February, had a good talk with (tight ends) coach (Brian) Niedermeyer and (offensive coordinator Jim) Chaney and (wide receivers coach) Tee Martin,” Briningstool said. “The visit went really well, and I liked the facilities and loved the culture and I had a great time. …“They sounded pretty interested, but they were just waiting for me to mature and get my weight up and stuff like that. And (Wednesday’s offer) just kind of happened out of the blue. I’m just grateful it happened.”

Martin, who’s serving as Briningstool’s area recruiter for Tennessee, told him the Vols like what they’ve seen from him on film, and they’re hoping to get him back on campus this summer. “He said, on my film, they liked the way that I was able to stretch the field and kind of be able to block and catch and run routes and stuff, and they liked the versatility of that,” Briningstool said of his conversation with Martin on Wednesday. "He just said that my future is bright, and he was very complimentary to me. I thought it was a great conversation. “He said just let them know next time I want to come up and he said he’d show me around again and (I could) start to build a good relationship with the coaches there.”

While Briningstool still is in the early stages of the recruiting process, he admitted his early offer from Michigan State was significant to him and his family. But he said he plans to be “open-minded” about where he wants to play. “I mean, that offer definitely is very special to me and to my family and stuff, with how much Michigan State means to us,” Briningstoold said. “Both of my parents went there. That’s where they met. That’s their school. And I grew up watching Michigan State games and stuff with my dad. On the TV, it was always on. “But I’m definitely open to every school.”
Click to expand...
-247
Likes: FïreBall, T Dog, SweetasSoda and 1 other person

MURFREESBORO — Jake Briningstool embraces being Ivan Drago’s doppleganger, but he prefers the baby Rob Gronkowski comparisons from his high school coach Matt Daniels. The 6-foot-6, 205-pound tight end from Ravenwood was among the most impressive underclassmen at the Nashville Opening Regionals last weekend and the 2021 prospect recently picked up a Tennessee offer, something he told Volquest was “so exciting.”

“It’s kind of the hometown, you know, home-state school. It was very exciting. It’s a blessing to have that opportunity.” Briningstool now holds more than 10 offers, with Oregon, Nebraska, Missouri and Arkansas recently joining the mix. After his latest camp performance, his offer list looks primed to grow considerably this summer.

Still, the news that he had a scholarship from the Vols caught him off guard earlier this month, as Daniels told him to give Tee Martin a call. He did, and Tennessee’s wideouts coach told the Ravenwood standout they loved his size and ability to stretch the field. As a sophomore, Briningstool had 22 catches for 256 yards and a touchdown in just six games. He’s one of several underclassmen at Ravenwood, a potential state title team in 2019, that Tennessee has keen interest in, joining outside linebacker Junior Colson. “They like how I can run routes but stay in and block,” he said of his skill-set.

Briningstool visited Rocky Top twice in the last six months, attending the loss to Missouri and then coming back for a Junior Day in February. On his latest visit, he got the chance to meet tight ends coach Brian Niedermeyer, offensive coordinator Jim Chaney and head coach Jeremy Pruitt, saying, “It went really well. I had a great time seeing the facilities. I had a good conversation with the coaches.”

Briningstool is a former Michigan native and Michigan State legacy, as his dad played linebacker for the Spartans. MSU was the first Power 5 program to give him a scholarship, but the 2021 prospect is taking an “open mind” approach to the recruiting process. He plans to camp at several places this summer, including Alabama and Clemson. He will be back at Tennessee some time soon, too. “Definitely,” he said.
Click to expand...
-VQ
Likes: FïreBall and T Dog

I wonder if the last name came from an ancestor in the pickling business. Interesting name.
Likes: Volanta

jackcrevol said:
is this kid named after soaking poo
in salt?
Click to expand...
That would be bath jenkem.
P

When i saw the Gronk comparison I scoffed at first till I got halfway through his tape. He has the frame just needs some meat. He has crazy wingspan and ball skills. But the thing that puts him in the Baby Gronk conversation is his willingness and aggressiveness blocking. If he can put on 20-30 pounds without losing much speed he is gonna be a beast. Id figure he comes in at least at 235-240 if he can get his playing weight to 255-260 hes gonna be scary.

The biggest 3 things Gronk had going for him that set him part from most other TE's was his wingspan, hand size and tenacious blocking. The dude was not only the best receiving TE in the league he was the best blocker bar none.
Likes: Volanta and jdhallvols

Camped and earned an offer from Clemson this week.

Edit: Looks like Anna Hickey put a CB in to Clemson a couple days ago after the offer.
S

Briningstool, a Top247 prospect in the 2021 class, received an offer from Tennessee in May, but the Vols have plenty of competition for the Ravenwood High School standout. Four-star tight end Jake Briningstool of Brentwood (Tenn.) Ravenwood informed Clemson247 that his Georgia visit in two weeks will be his last recruiting visit as an uncommitted prospect.
Click to expand...
247
Surprised he is committing this early.

Well, per his last update i guess something changed his mind
Likes: Bassmaster_Vol

swchandler1988 said:
Well, per his last update i guess something changed his mind
Click to expand...
Thought all classes were set in May?
New posts
You must log in or register to reply here.
<< Tennessee Vols Recruiting Forum
Share: Facebook Twitter Email Link