SugarCC said:
Yeah, OG...my brother heard the same thing you did, from the same person.
Click to expand...
You think that guy that keeps downing them has a PHD.

head1 said:
You really need me to explain that? Nobody cares who he was committed to, his family got called traitors for not signing with UT bottom line.
Click to expand...
This is not hard. 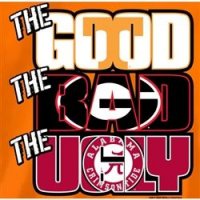 I know Saban was in town this week. Good to rub that ish off by a trip to Knoxville.
Likes: bbstone, LibertyVol, SugarCC and 2 others

SugarCC said:
Yeah, OG...my brother heard the same thing you did, from the same person.
Click to expand...
He saw someone say that somewhere?


said Tennessee is one of four schools recruiting him the hardest. No surprise as the freakish OLB is the No. 1 prospect in the Volunteer State. Grimes is a very thoughtful and smart kid, too. He talked about seeing the progress Tennessee made since he last visited. Alabama, where his dad played, is the natural frontrunner here, but Tennessee and Clemson will be in it until the very end. Grimes has the blessing to go wherever he feels most comfortable. He doesn't plan on making a decision until the UnderArmour Game next Jan.
Click to expand...
- Simonton
Likes: nicksjuzunk, BornToBleedOrange, LittleVol and 9 others

Tennessee, naturally, has made the outside linebacker a top priority in the 2020 class, selling Grimes on being the centerpiece of the turnaround on Rocky Top. Jeremy Pruitt has a long relationship with Reggie Grimes Sr., a former Alabama defensive lineman, and now he’s working to convince Grimes’ son to play for the Vols.

“Coach (Pruitt) is recruiting me really hard,” Grimes told VolQuest. “Really hard. He likes how versatile I am. He likes I can do a lot of things on the field. He’s told me that if I come in and put in the work that I’d play a lot my first year here. As long as I keep doing what I’m doing and keep a level head, I could potentially even start as a freshman. It would all depend on me and what I did while I was there.”

Grimes, who was back in town Saturday, is the No. 1 player in the Volunteer State, per Rivals. The 6-foot-3, 225-pound athlete plays linebacker, end and running back for the Golden Bears and clocked a 4.58 in cold and rainy conditions at The Opening Regionals last spring.

Tennessee is giving Grimes the option of playing wherever he's most comfortable, with Pruitt and defensive coordinator Kevin Sherrer leading that recruitment. Their message has been the same since they came to town: Stay home and represent your state.

“They want me there. They want me to help put Tennessee back on the map. They want to make them a formidable program again.”
Click to expand...
-Simonton
Likes: Wolfeman_Vol, Jester7968, BornToBleedOrange and 11 others

Hope I’m wrong, but unless the total bottom falls out at Bama between now and next year...I don’t see it...

Pacer92 said:
Hope I’m wrong, but unless the total bottom falls out at Bama between now and next year...I don’t see it...
Click to expand...
Feels like something is happening... the landscape is changing a bit...

But even if that's hogwash, Pruitt is contending for elite prospects, so I wouldn't count us out on anyone this far out.
Likes: CreiveHallVol, SmokinBob, UTSuave’ and 7 others

Decade of the Vols

Pretty sure Baron and Grimes are real good friends. Makes it that much more important to get Baron in the boat early to lead this class and stay in this guys ear till he is a VOL.
Likes: Bassmaster_Vol
H

This recruitment feels much more open than I would have expected. The allure of early playing time has to be huge.
Likes: UTSuave’, Bassmaster_Vol and titansvolsfaninga

Another good thing is every coach or staff member @ MJHS will be in his ear about the Vols. I’d love to match this kid up with Tee Hodge from Maryville.
Likes: Type Orange+

Dl is a priority. I think he could be this cycles version of Darnell wright.
Likes: Bassmaster_Vol
A

Not every coach, his dad coaches the DBs at MJ
V

As a RB, he reminds me of Little Man Stewart.

AD905 said:
Not every coach, his dad coaches the DBs at MJ
Click to expand...
And his Dad love Pruitt.
Likes: CreiveHallVol, titansvolsfaninga, NashVolDavis and 1 other person

I really hope Pruitt can seal the deal with Grimes.
Likes: BucksnortVol, T Dog and Bassmaster_Vol

Aight! Lets do this!

BigOrangeTrain said:
I really hope Pruitt can seal the deal with Grimes.
Click to expand...
I think he will.
Likes: titansvolsfaninga, UTSuave’ and Bassmaster_Vol
New posts
You must log in or register to reply here.
<< Tennessee Vols Recruiting Forum
Share: Facebook Twitter Email Link