After last season and his inability to change when things are not working. Took an SEC Championship calibre team and did poorly

Memvol44 said:
Joe now has a reputation as a soft coach. Not sure elite players desire that.
Click to expand...
This also stubborn coach

Well, I was a surprised and disappointed that Abbey Burdette didn't get picked tonight in the NWSL draft. Chris Henderson had her rated from
about 33 to 43 in his mock drafts, and she was selected in the league's mock draft yesterday (though I have no idea why a league would have a mock draft). There were 48 picks over the four rounds--and neither Burdette nor McKenzie George was picked. I'm confident that Burdette will be playing professionally somewhere next year--her work rate and defensive play are too good to be ignored. She needs to work on her offensive game--her passing and general attacking skills--but she's a good player.

I'm not really surprised that George wasn't drafted. As productive as she was for the Vols--and she compiled a lot of assists over her three/four years--Georgia is not a classic winger/forward. She has good but not great speed, but she's not tall and has never been much of a scorer--which is an issue for a winger/forward. She is tough-minded, has an excellent work rate and ball skills, but IMO she will have to switch to the midfield to earn a roster spot with a pro team. I would have liked to have seen our coaches work her some in the midfield--partly to see if she could adapt and help us in a new position and partly to give some experience in a role that might be a ticket to pro soccer--but I don't think it happened.

Wishing these two super Vols all the best and hoping they'll get the pro opportunities they deserve--in Europe if not the U.S.
Likes: chuckiepoo, Lurker, kregman and 1 other person 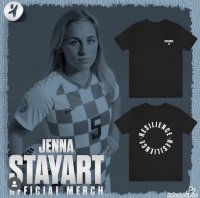 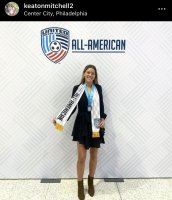 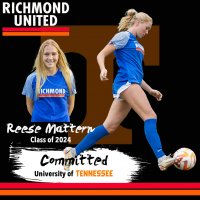 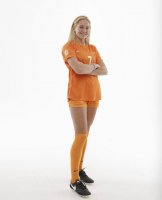 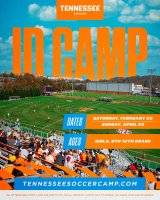 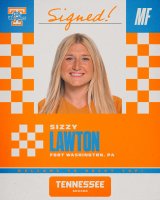 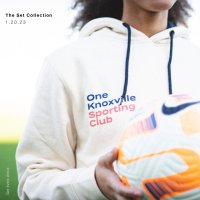 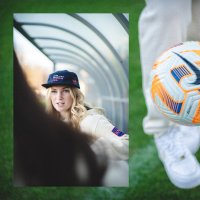 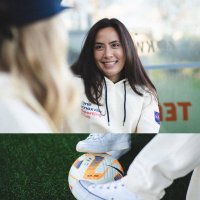 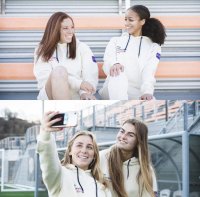 Sizzy Lawton seems like a solid pickup. She's a good player from Penn (with an All American name) who might be able to help us--but of course the Ivy League is not the SEC so we'll have to see how athletic she is. I suspect that she is intelligent and has been well-coached, which is always a plus. However, she does not help fill the gaping holes we have at defensive mid and outside back/centerback with the departures of Burdette and Rain. Who knows what the coaches are thinking for those major roles. Certainly, players on the roster will compete for those spots--but the coaches played NO young players defensively last year in conference games, and so outside of Washington (who is NOT the answer at defensive mid) there is a lot of inexperience. I have a sense that Keaton might become a good defensive mid--she has some size, athleticism and is physical--but she'll be a true freshman. We'll see.

The coaches need to get a better grip on the personnel than they did last year. Hennessey could have/should have played centerback--but didn't. Eskin got decent minutes two seasons ago as a substitute outside mid, and she played well. She should have stayed in that role.. Instead, the coaches played her--sparingly--as a substitute forward and that was a waste. And, above, all, Rain and Katz should have stayed in the positions in which they excelled the year before. Major mistake. Kirt inherited a nice car and promptly ran it into a ditch--and now we've lost our two best athletes and players. What was truly baffling was that he and the staff must have recognized that the team was playing at a level below that of the year before--it wasn't hard to see, I mentioned it a lot--and yet did almost nothing to adjust. A head-scratcher. So now the car is in the shop with a couple of talent dents, and Kirt & Co. have got to fix it and get the car back up to speed---or....We still have talent, a lot of it young, but it's there. The biggest challenge for coaches is evaluating their talent and organizing it in a way--making the right personnel decisions-- that maximizes the winning potential of the team.

Mattern looks like a good prospect. Good size and outstanding pace. At the end of the day, forwards need to beat their markers, help create scoring
changes AND, crucially, score goals. There are a TON of collegiate soccer players who have some pace and athleticism but struggle to put the ball in the net. Ultimately, scoring is the difference between a solid/decent player and a truly good player.
Likes: Lurker, tbwhhs, chuckiepoo and 1 other person

We're not working the transfer portal effectively. We got no transfers last year and this year we got one, a midfielder from
the Ivy League, while we lost our two best/athlete players. The Ivy League is simply not on the same level competitively
as major conferences--and besides that we really needed a good centerback this year (and last). Last year bama got three
good transfers from major colleges--including uva and south carolina. Expecations? They are lower.
Likes: orange beard
New posts
You must log in or register to reply here.
<< Tennessee Lady Vols Forum
Share: Facebook Twitter Email Link