1982Alum said:
Bad when UT has to go after TCU de-commits quickly.

Man, we are not what we once were.
Click to expand...
You better get used to it because this is now free agency of college football.
We can add instant depth, which we are severely lacking.
GBO!!

1982Alum said:
Bad when UT has to go after TCU de-commits quickly.

Man, we are not what we once were.
Click to expand...
I am confident we’ll be back sooner than later. Now that we have the investigation off of our back, I think we’ll begin to see some changes for the better! 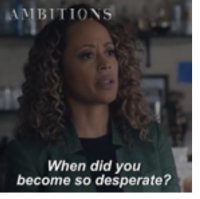 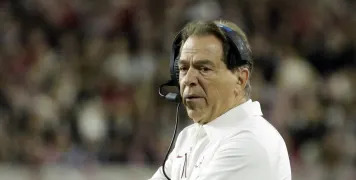 Alabama coach goes off on his team's 'self-absorbed' fans
Likes: BruisedOrange and de1conley

Seems a bunch leaving due to the Gary Patterson departure. Once more, I know nothing, just throwing stuff out to see what might stick.
Click to expand...
Yeah unless they get Deion Sanders they're likely to have a mass exodus of talented kids. Many from TX area will just choose another TX school, while others will go wherever

Alabama coach goes off on his team's 'self-absorbed' fans
Click to expand...
I Love this
S

Would rather have some LSU decommits

Anyone who can play at an SEC level is a good target.

spacificislander said:
No ****, we never had a 3-7 season till last year. We are one year removed from our worst season ever.
Click to expand...
I didn't want to say it first, but my thought was, "No duh..." lol
Likes: spacificislander

Of course, the portal app would offer Tennessee fans the filter option to auto-swipe all 3-stars in the portal.
Click to expand...
Transfer portal would be perfect for "The Ocho".

Alabama coach goes off on his team's 'self-absorbed' fans
Click to expand...
Said "Aight" every other sentence. Don't want.

Alabama coach goes off on his team's 'self-absorbed' fans
Click to expand...
That post deserves its own thread. It's the truth, and it's as true today about Tennessee fans and Georgia fans as Alabama fans. Heck, I bet even Vandy fans are upset with their team's continued decline--in SAT scores.

I think we're as much addicted as entitled. Consider...

Everything that comes to you through your screen (TV, computer, or phone) is chosen for you, individually, to be what interests or satisfies you in that particular moment. Much is "pushed" to you by algorithms which have studied you in minute detail, to know what interests or attracts you. The rest is chosen by you, from thousands of options, most of which have also been pushed to you based on your habits. And... from that unlimited and incredibly personalized selection, we watch on average only 30-40% of a video before switching to "something we like better."

The point is, we are used to what we see on screen satisfying us, stimulating us, making us happy, confident, and feel a part of a successful tribe. And if it isn't doing that--every 30 seconds--we've cooperated in training our brains to move on to something else.

Now, from a brain's perspective, look at even the most successful college football program over the past decade.

A Bama fan's brain [insert joke here] is used to having good-feeling drugs like dopamine being generated by what it watches on screen Saturdays. But, if Alabama goes a quarter scoring only one touchdown, or getting outscored (regardless of how assured the outcome of the game is) that brain gets angry! It has been cut off from its usual drug supply--and will blame either the players or the coaches for doing it to them! It's exactly what you may have witnessed when a family member asks you for money for cigarettes, booze, or drugs. YOU are the one keeping them from getting what they need. For the addict, it's personal!

If you think the above description is not medically and psychologically accurate, go back and read the post game posts on VolNation. Win or lose, people will be angry because what they saw on screen did not make their brain feel good. And it was the players, coaches, or referees who cut them off from feeling the euphoria they anticipated.

We have become a nation of dopamine addicts, expecting things (and people) we do not control, to make and keep us feeling good about ourselves. That's why we act so ugly and impersonal after games, even if we aren't that way with people in real life.

"C'mon screen--gimme that juice!"
Last edited: Yesterday at 6:06 AM

BlinghamptonVol said:
Probably 1500. Plus add 500 threads if Riley leaves OU because we’ll be talking about Heup being courted and if Wanya, Key, and Eric are gonna transfer back.
Click to expand...
They can't come back.
New posts
You must log in or register to reply here.
<< Tennessee Vols Football Forum
Share: Facebook Twitter Email Link