butchna said:
Every great S&C coach has been an assistant at some point in their career. Tommy Moffitt was an associate at UT when mighty Miami hired him off. Chris Doyle at Iowa was an OL coach at Holy Cross when Wisconsin hired him as their S&C guy and the mighty Scott Cochran was an assistant SC for a NBA team when Saban hired him. And you go with the trend of Butch promoting Szerszen? Different coaches make different kinds of hires. Pruitt has a pretty good record so far.
Click to expand...
To answer your question, “And you go with the trend of Butch promoting Szerszen?” I do. With consideration to your examples, Butch Jones’ example of promoting Szerszen is the more like-for-like example to compare with Pruitt’s decision to promote A.J.

Looking at your examples, there are big differences between their resumes and/or familiarity with the coach hiring them. Doyle who was fired for his Badgers being pushed around, took a while coaching major programs before hitting his stride. Mofitt is the closest comparison and was the S&C HS coach of the year before moving to Tennessee for FOUR years before he took on the job at Miami. Cochran was an assistant with LSU (saban) for 4 years before moving to NBA (PRO) level coaching. LSU won an NT while he was there.

AJ has GA experience at App State and Campbell, Director experience at a patsy school like Duke and assitant experience at UT. That’s pretty weak in comparison to your examples and for a program you are trying to get back to national prominence in the SEC.

I have always liked Pruitt, but he made some mistakes as a first time HC. I.e., Pruitt’s initial staff had a couple of holes in it, but he had to put together a staff for a failing program quickly. This time, he has a program that just came off a 6-win streak narrlowly missing 10 wins, with what seems to be a few solid recruiting classes in a row and a solid staff. Yet, doesn’t seem like he interviewed many people. He has no excuse to botch this move. So, I think my concern is valid.

That is all it is, however. I am not knocking him, I am simply concerned when there are more proven S&C coaches that would love to make what FitzI’mOutaHereGerald was making. We are rolling the dice with AJ. Let’s hope he learned a LOT from Fitz.
Last edited: May 14, 2020

Roustabout said:
I hate to tell you but I’ve heard he is promoting someone within.

The story I heard with Butch was Hart told him he would not pay the buyout for the S&C coach and fund another salary.
Click to expand...
This is good info. I was not aware of this. Hart was awful.

BigOrangeTrain said:
I feel the same. I mean he just got his program fully implemented and running smooth and now he is gone. I mean we are on our what, 3rd or 4th S&C coach since 2015? That’s crazy. Replacing Fitz will not be easy. As a matter of fact I think our S&C takes a step back this year.
Click to expand...
And considering how out of shape everyone is going to be from COVID-19... this could be really bad.

butchna said:
It was well known that it was a player generated move. Szerszen had been running workouts the previous offseason and the players preferred him and told Butch. Obviously a bad mistake but lest anyone forget there was a string of soft tissue injuries that figures inside and outside of the program complained about since Lawson took over. Marcus Jackson and Rashaan Gaulden amongst them.
Click to expand...
this is good dirt!
Likes: butchna

vegasvolfan said:
this is good dirt!
Click to expand...
I had access to the VQ War Room through another message board when this all went down. They dropped nuggets that made it all apparent.
Likes: vegasvolfan

Whoever it is, it will be someone to carry on, the good that has been happening. No one understands what it takes to win, in the SEC, any better than CJP and CPF. Big, strong, fast, nasty men, in the trenches, and everywhere else.
C 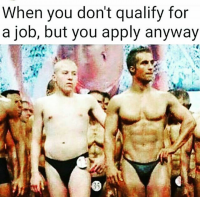 sjt18 said:
If you hire top tier coaches... you will eventually have to replace them. You don't want coaches who aren't top tier.
Click to expand...
right but we have yet to name a top tier replacement

chrismc1000 said:
Fitz did say he believes one of his assistants would be a great fit for them or something to that. So I'm sure he had a nice long talk with Pruitt on who he thinks would do a good job continuing his work. All isn't that lost I. I believe Fitz is probably like Pruitt in a sense that everyone knows that if you're a LB or DB you go to Pruitt bc he can and will get you to the next level. Well I think Fitz is like that with his assistants.
Click to expand...
yeah it is AJ and his resume leaves something to be desired

chrismc1000 said:
Who is our new strength and conditioning coach? I have looked and didn't see it or over looked it. Are we not looking into a that right now bc of the Chinese Virus or what? Anyone have any clue what's going on?
Click to expand...
so we never got a firm answer but it seems AJ is the man... we will see but concerning here is a list of guys that would be great to steal 😂
New posts
You must log in or register to reply here.
<< Tennessee Vols Football Forum
Share: Facebook Twitter Email Link