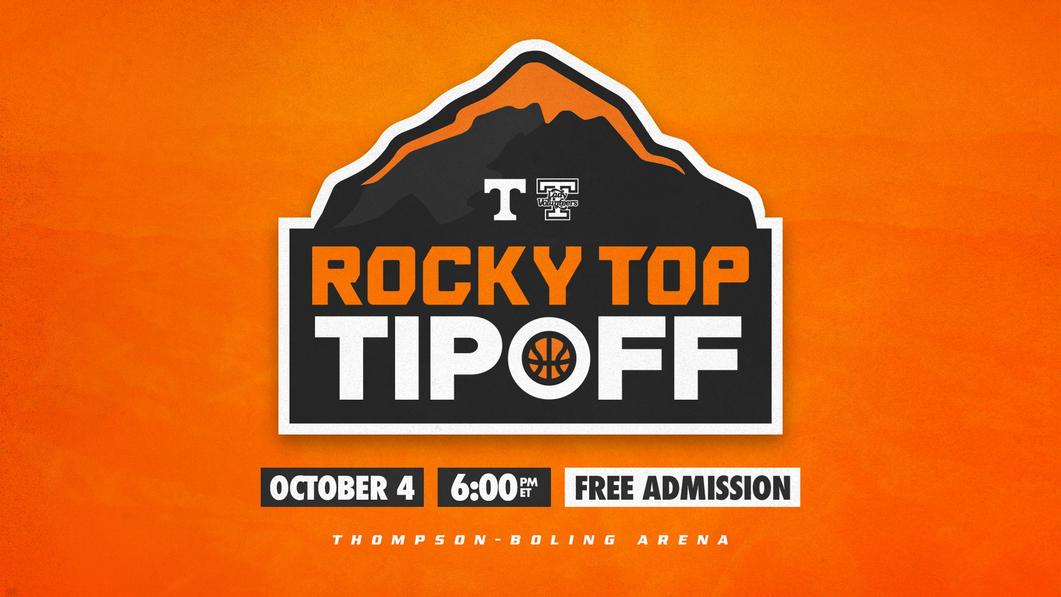 The third edition of Rocky Top Tipoff will take place the night before UT's home football game with Georgia and offer Tennessee fans a chance to see this year's teams up close. Doors open at 5:30 p.m. ET, and both admission and parking for the event are free. Fans are encouraged to park in the G-10 garage on the east end of the arena. The G5/S30 lots located north of Phillip Fulmer Way will not be available.

Members of both basketball teams will be available to sign autographs on court level from 6 to 7 p.m., and head coaches Rick Barnes and Kellie Harper will be there as well to meet and pose for photos with fans. From 7:05 p.m. until the end of the program at 8 p.m., members of each team will be introduced, and both the Vols and Lady Vols will hold controlled scrimmages.

DJ A-Wall will host the festivities and provide music and introductions, while the Tennessee Spirit Squad, Dance Team, UT Pep Band and Smokey also will play roles in energizing the crowd on what will be a fun showcase of Vol and Lady Vol basketball. Arena concession stands will be open.

In addition to autographs and introductions of team members, activities for the entire family include fan contests, a prize wheel, kids' corner activities and a photo booth with life size cutouts of the players. The UT Spirit Squad, Smokey and members of the teams also will be mingling on the concourse as fans are arriving.

To top it all off, fans will have an opportunity to take part in a handful of on-court promotions as well as get a chance to win season tickets for Vols and Lady Vols games.

The Lady Vols, meanwhile, begin the Kellie Harper era with two starters returning from a squad that made the 2019 NCAA Tournament. UT is led by All-SEC Second Team guard/forward Rennia Davis and SEC All-Freshman guard Zaay Green. Tennessee also welcomes the No. 9 recruiting class in the nation.

Welcome back for another season Coach. May both women's and men's teams have good and exciting years.

OLW1948 said:
Welcome back for another season Coach. May both women's and men's teams have good and exciting years.
Click to expand...
...Looking forward to both men's and women's BB....Gonna be a great year!
Likes: EarlVolFan and VollyParton