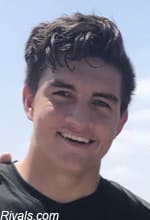 Give me all the NV tight ends.

I'm the bustle in your hedgerow

sonofUT62 said:
Give me all the NV tight ends.
Click to expand...
Be careful how you say that
Likes: drvenner, T Dog, Rishvol and 1 other person

From reading the headline of the Callahan story, it would appear UT made quite an impression on Mr. Matavao. Any more details?

The 6-foot-5.5, 235-pound Matavao said he’s also scheduled to visit Alabama on Thursday and Georgia on Friday before heading home. He said he “wanted to visit all three” schools, but “especially Tennessee” after Vols tight ends coach Brian Niedermeyer stopped at his school twice within the past several months.

“I was like, 'All right, he came out. I need to come out there.’ And I had the time of my life up there,” said Matavao, who’s ranked by 247Sports as the No. 89 overall prospect and No. 3 tight end in the 2021 class. "He's a great guy. Just seeing everything, I really liked Tennessee a lot.”

Matavao, who received an offer from Tennessee on March 1, said he enjoyed “everything” about his visit with the Vols, from exploring their campus and sitting in on some of their meetings Wednesday to spending time with Niedermeyer and “just seeing what all the coaches were about.” Tennessee head coach Jeremy Pruitt, offensive coordinator Jim Chaney and Niedermeyer all were “getting to know me,” Matavao said, and discussed “a lot of football” and “what Tennessee has to offer me.”

“They were glad to show me the campus because a lot of people, they were saying, don’t make it out and make a decision before seeing Tennessee,” Matavao said. “And I can see why they should go to Tennessee, because it’s a heck of a place — just besides football, and (above) all, the football there, too. It was amazing. “Taking a tour of the stadium, I did not expect it to be that big and holding, what, over (100,000)? And all the brick inside the stadium, it was intriguing just seeing it.”

“They like my athleticism,” he said. “(Chaney) was telling me I’d be a first-down guy, third-down safety (valve) and a red-zone target. That’s basically what a tight end is. He told me how tight ends aren’t going to get a 95-yard touchdown, which is pretty obvious. We’re the saviors, as he said. “Watching the plays they put in, it’s always 12, 21 (personnel) — the tight ends are always in the game — so I can see that in their offensive playbook. … I can see they run a pro-style offense, and that’s an offense I’m probably geared toward more.”

The time he spent with Niedermeyer, who already had been staying in contact with him over the past few months, was among the highlights of the visit. “(I like) definitely just his laid-back personality,” Matavao said of Niedermeyer. “That’s something I like in a coach — just laid-back, but when it’s time to get serious, it’s serious. He broke down my film, showed me some pointers, but it was all laid-back and cool. “I can tell he’s a great guy to be around, and I like that a lot.”

While Matavao said he’s not sure when he might make another trip to Tennessee, he added that he will “visit again,” probably during the “next go-around” that brings him back to the Southeast. “Even if I come up for a game, that would be great,” he said, “if I can work around my team’s schedule.” He said he’s “just getting started” in exploring many of his options. UNLV, Washington, UCLA, Colorado and Colorado State were the only schools he had visited before traveling to Tennessee on Wednesday.

Matavao said geography won’t be “a huge factor” in his decision, and he made it clear he’s intrigued by the opportunity to play in the SEC. “I want to have my parents come to my games,” Matavao said. “But, all in all, I want to go play the biggest, best competition, and that’s where the SEC is. I would love to play in the SEC. … I love college football, and getting a chance to play it — especially at the highest level, in the SEC — is something I definitely would want to be playing in.”

At this point, he doesn’t expect to choose a school any time soon. “I’m in no hurry to make a decision,” Matavao said. “Next summer is probably at the earliest, but nothing too early.”
Click to expand...
-247
Likes: BornToBleedOrange, VOLSONLY, T Dog and 7 others

Four-star Moliki Matavao already has 34 offers and recently the 2021 tight end from Henderson (Nev.) Liberty visited Tennessee, Alabama and Georgia. He is considering a trip to Stanford soon but nothing has been finalized.

Below, Matavao breaks down his three SEC trips:

Tennessee: First, definitely the coaching staff stood out. They were very friendly and I was very impressed with how they ran their practices. They were open and honest with me and told me how I’d fit in. I really like coach Brian Niedermeyer. He’s a great guy, I can tell. Talking with coach (Jeremy) Pruitt, getting to watch the players work out was pretty cool and it was overall a fun time so it was a great place. Coach (Jim) Chaney, their OC, and coach Nieidermeyer said they love tight ends. Coach Chaney used tight ends at Georgia and other places he’s been. They plan on using tight ends and watching film with coach Chaney he said his tight ends will be used on first down, not be a third-down savior. They were honest that tight ends aren’t going for 95-yard touchdowns, tight ends will move the sticks and that’s what I want to be in - a pro-style offense.

Alabama: I went through everything. They were showing me where they walk before games and driving through Tuscaloosa, I could tell it’s like a religion there. Nick Saban is the best coach ever and he’s all over the place. Going to the campus and going to the athletic area, you can tell people love Nick Saban and his academic and weight training staff have been there since he’s been there. That contributes to his greatness. I could tell they’re not leaving because he’s staying. Getting to talk to Nick Saban for a while and seeing his view on things was different than I thought - he cares a lot about the players and that’s why a lot of people want to go to Alabama. The tradition is so great and they put people in the NFL and it’s just a great program.

Georgia: That was a great visit. Coach (Todd) Hartley, the tight ends coach, was basically with me the entire visit. I got a great feeling for him and his personality and he’s definitely someone I’d want to be around. I had an amazing time there. There is a lot I could relate to - it’s a family environment, he’s a family-oriented coach. I could tell he treats his tight ends well and it’s a family thing there. Being with coach (Kirby) Smart, he had his son there and I could tell everything is family. That’s a big thing. A lot of their injury-prevention program is really cool. Just seeing how everything works at Georgia is great, just a cool college town, it was a great place.
Click to expand...
-Rivals
Likes: VOLSONLY and MoB_MoVols

Tennessee: It’s the heart of the country and I developed a really good relationship with coach (Brian) Niedermeyer but he flipped to defense. I’ve started with coach (Joe Osovet) and he’s a great guy. They’re one of the more empty tight ends room and if I wanted to start as a freshman, talking to them on the phone the other day, they have only a few scholarship tight ends. If I could start, that would be a crazy good dream and I can see myself there.
Click to expand...
Rivals
Likes: BornToBleedOrange, Remy, CedarHillVol and 14 others

secking said:
Rivals
Click to expand...
I can tell you from years of experience playing NCAA football that playing time is the most effective recruiting pitch there is.....that and going undefeated, winning the national championship and having the Heisman winner every year for over a decade in dynasty mode.

Creating multiple players every year rated 99 overall from Knoxville also helps. I wonder if a new game gets made if they will make it realistic and have Clemson steal all those cheat code recruits I make?
Likes: ShreveportVol, Chattdawg, VolSummitt44 and 5 others

I’m not actually a coach

Good to see we’re still a major player with him. Might be why some other kids we thought were locks are down the recruiting board some.

I don’t understand how Miami continues to be considered by these top prospects
Likes: preacherwebb

walkenvol said:
I don’t understand how Miami continues to be considered by these top prospects
Click to expand...
Proximity to South Beach scenery.
Likes: Chattdawg, ksgovols, titansvolsfaninga and 2 others
W

walkenvol said:
I don’t understand how Miami continues to be considered by these top prospects
Click to expand...
I mean you could say the same for us