A teenage boy said it was love at first sight when he saw a grandmother 53 years older than him - and has spoken about their sex life.

Almeda, then 71, and Gary Hardwick, then 17, briefly met two summers ago at her son Robert's funeral after he tragically died of a seizure aged 45.

But the couple didn't get together properly until two months later when Robert's widow Lisa invited them both along to a family meal at a nearby Chuck E Cheese's pizza restaurant.

Gary had just broken up with another woman aged 77, and admits he knew Almeda was 'the one' as soon as he locked eyes with the grandmother of six.

Two weeks into their whirlwind romance, Gary popped the question and they tied the knot just six days later in a ceremony which he arranged for just £137.

Two years on, the couple are aged 72 and 19 and live in Maryville, Tennessee - and are happier than ever.
Click to expand...

Reading the title, I thought it was his grandmother. Messed up either way, but it doesn't seem as bad now.
Likes: VolunteerHillbilly, K-town Vol Fan, TN-POSSUM and 2 others

I wonder how many tickets it took her to redeem a pack of Werthers Originals at Chuck E Cheese that very special night.
Likes: SoddyAllVol, DeepSpringsVol, malinoisvol and 6 others

Ohhhh, so it's not his grandmother.

Well, that's not quite as bad then. He apparently is just a guy who likes to ride the geri-go-round. To each his own, I suppose.
Likes: malinoisvol, VOLatile, goldenvol and 1 other person 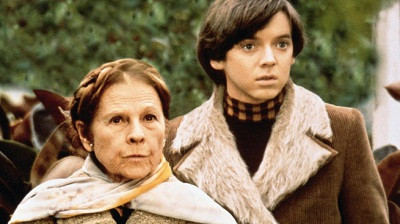 Maybe this is the route LG needs to go....

pismonque said:
Ohhhh, so it's not his grandmother.

Well, that's not quite as bad then. He apparently is just a guy who likes to ride the geri-go-round. To each his own, I suppose.
Click to expand...
Lol, I knew I was gonna catch isht for that.

Behr said:
Reading the title, I thought it was his grandmother. Messed up either way, but it doesn't seem as bad now.
Click to expand...
That's how I took it at first too

YankeeVol said:
That's how I took it at first too
Click to expand...
Evidently its okay to marry your grandmother, as long as she's not 53 years older than you are.

The PTA, Mrs. Robinson,
Wot OK the way you do your thing,
Ding ding ding
And you'll get yours, Mrs. Robinson,
Foolin' with that young stuff like you do
Boo hoo hoo, woo woo woo
1

Obsessed said:
Maybe this is the route LG needs to go....
Click to expand...
You can't wear 'em out. Need any more proof?

And his previous squeeze was 77. Hmmm, I'm sensing the fella has a fear of long-term commitment.

I think the world ended after the Vols won the title in 98 and now we are stuck in some gay purgatory where I have to listen to SJWs talk about how it's unfair that you have to call married woman Mrs. and unmarried woman Ms. but regardless of a man's marital status they are all called Mr. and that's unfair....:hmm:
Likes: 2 people

Older the berry, the sweeter the juice
Likes: 2 people

Guess my post wasn't that bad after all. Lulz.

Evidently y'all ain't never had a no-denture adventure.
Likes: 2 people

SDV said:
Older the berry, the sweeter the juice
Click to expand...

I just puked all over my computer
V