All things being equal, strength and conditioning will be the determining factor in the most intense and hard fought games. Years ago a close friend of mine who played for UT under Coach Johnny Majors would always tell stories of how Pat had her players running up the hill repeatedly. I remember hearing stories of lady vols running Neyland stadium's infamous gate 10. In 1986 Jody Conradt's Texas team ran teams out of the gym on the back crushing 400m track workout she had them doing during that season. Strength and conditioning is what separates good teams from great teams, and great team from elite teams who win multiple championships. During Coach Warlick tenure I've always suspected that a possible dip in S&C help lead to the demise of the program. I don't believe that any top 25 program have suffered more injuries to key players than the Lady Vols program during her tenure as HC. Such a rash of injuries are usually due to a structural flaws in the teaching technique whether in the gym or the weight room. When you stress the body beyond its current strength levels injury occurs. I don't believe we are a particularly strong team when compared to the elite teams across the country.
Likes: LadyVols_WBK and EarlVolFan
V

DeerPark12 said:
We weren’t critical of you because of the topic, but because you were incorrect in your assessment, and were given the correct information several times on the thread.
Click to expand...
lmao that dude is such a gaslighter. Like people don't remember exactly what happened.
Likes: DeerPark12

The players that I am keeping track of this year, and beyond have to show me they are serious about getting their bodies in shape. Along with Madi Hawk, another girl on my watch-list is a rising 8th grader named Natavia, from the Seymour area,,,here's a little preview 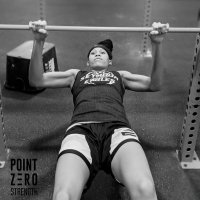 Speaking of Madi,,, she is headed to the U16 USA trials (or as she likes to call them, trails ;o)

Saved recruiting and player development, strength and conditioning is the most critical aspect of of any team. It stays the hand of injuries, prolong careers, give elite level conditioned athletes an advantage over their competitors, and so much more. All teams and players have some degree of S&C, but elite championship level teams and athletes take it to another level. There is a massive difference between going through what the team does on a day to day, and taking it upon yourself to take your strength and conditioning to a level far beyond what you do in practice. And yes, there must be balanced and tracked workouts, because you don't want to burn players out, or create imbalances in the body there by making the athlete susceptible to future injuries. What few people ever consider is the elite level of mental and sheer physical toughness that S&C can create in an athlete when approached and carried out in the right way. In the Baylor - UCONN game DiDi Richards' hamstring injury probably can be contributed to the fact that she suffered and injury last year that necessitated that she basically had to learn how to walk again. Through extraordinary work on her part along with Kim's staff she was able to to comeback and have a terrific year. But my thoughts are that her hamstring injury could be contributed to a strength imbalance due rehab, not sufficiently being harmed up enough pre-game, or that hamstring was not sufficiently strong enough to handle the stress of the game. But it was her willingness to put herself through excruciating workouts and strength training on her own that brought her back to an elite level of basketball. YouTube is loaded with videos of elite level athletes who have taken their S&C and skill development into their own hands, because it is their responsibility. As a program, I don't think we are at an elite championship level of strength and conditioning. This is not say that it's not being addressed, but it is an issue. If your practice is tougher and harder than any game you will play, then as team you have chance in any game provided everything else is in order.
Likes: Cloudland vol
C

Too early in the morning for all that dark font!
Likes: LadyVols_WBK and Rickster