“The stars come with recruitment by the big schools, the SEC in particular. But some of those top five programs, when they get involved with a kid, it seems like their rankings go up. He’s good and super talented, but a lot of that stuff is tied to recruitment more than people that see him every day doing what they do and understanding all the strengths and weaknesses they bring to the table.”
In Green’s specific case, the explanation is even simpler: He hadn’t been fully evaluated yet.

Green held offers from dozens of major programs, including Georgia, Florida, Nebraska, Texas A&M and Utah. But once a prospect commits, Simmons said 247 tries to react with a full evaluation as quickly as possible.
But Green’s specific leap?
“Yeah,” Simmons said, “That’s unique to this time of year.”
In 247Sports’ case, they’ll put together a more comprehensive list and evaluation and publicize it just before the season begins.

But when a player like Green bursts onto the scene, Simmons springs into action. A full evaluation means verifying his height and weight, which was available for Green. At 6-foot-2 and 200 pounds, his size is exceptional for a cornerback. It means asking around on coaching staffs who have seen him play for their input.
“This whole business is about information gathering,” Simmons said. “Sometimes, juco is a little bit tougher. We often don’t have quite the same level of information. We’re not seeing them in a camp circuit in the spring and summer. We’re not hitting as many games in the fall. They’re not quite front and center in our minds.”

It also means verifying his athletic ability by finding an 11.04 100-meter dash time from high school and a 21-foot long jump from back when Green was a two-star receiver recruit that has planned on heading to Arkansas State.
Even that status, though, can be deceiving.
“A guy like that, had he been academically qualified, he probably didn’t have the offer list he deserved coming out of high school, just because he didn’t have the grades. If he’d had the grades, there’s no telling what that offer list could look like,” Simmons said. “That can be misleading when you look at a high school profile versus the juco profile. You have to give them a fresh start.”

He also found video of Green dunking from just in front of the free throw line during a basketball game. The only football film available for review, though, was Green’s five-minute highlight tape, which featured all coverage and no tackling, but did showcase the ball skills and awareness that made him a good receiver in high school.
“That’s a really compelling profile, and that’s really what gave us the thinking and mindset to throw a four-star grade on him,” Simmons said. “If we gather the fact that the guy is soft and doesn’t want to be physical in the run game, that might change our opinion. Or maybe we find out he’s got a lot of toughness and he’s extremely physical and maybe we’ll bump him even higher.”
Click to expand...
“I’ve had some really good players here, and for me to say he’s an NFL guy is a compliment. I don’t throw that out for just anybody. But we have a bunch of talented guys. Even though I think the world of Art as a player and a person, I don’t know that he’s the No. 1 recruit on our team.”
Still, he’ll have to earn his playing time again in 2019 with a defensive backfield that Rhodes projects has 11 future Division I talents.

“If we can help him progress a little bit and become a little bit more polished, the sky is the limit,” Rhodes said. “He’s got unbelievable natural ability.”
After Green didn’t qualify academically at Arkansas State, the Red Wolves’ coaching staff pointed him in Hutchinson’s direction, and he decided to reboot his career there and try and make his dream of playing Division I football happen.
“I was thinking if I wanted to make my football career longer, defense would be the way to go,” said Green.

By the second game, he’d won a starting spot. He missed a pair of games with injury during October, but spent the remainder of the season as a full-time starter. He led the team with six picks and blocked a kick along with 14 tackles on the season.
“Art made a lot of plays for us last year, and he wasn’t always in good position when he made those plays,” Rhodes said. “If we can get him a little more polished and disciplined in his technique, it’s scary to think how many more plays he can make if he gets better in those areas.”
Green lived off athleticism in his first year, with good instincts for the ball, good speed and long arms. This season, he’s focused more on learning the finer points of playing cornerback, mostly his footwork and maintaining leverage against receivers.

“I’m just a raw athlete right now,” Green said. “I have to create good habits and create those and go into Tennessee and learn from Coach Ansley.”
Click to expand...
—Ubben
Likes: barrylee, Vol Main, JacketVol and 6 others

I keep forgetting about this dude

quadlee21 said:
I keep forgetting about this dude
Click to expand... 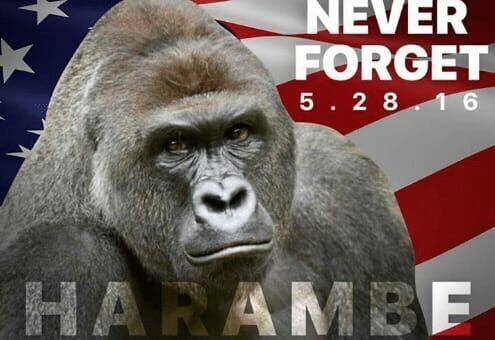 Hubbs when asked are we still in good shape with Art Green? fwiw

Appears they are. I will try and catch up with him in the next week or so. It's been a minute since we have had an update with him.
Click to expand...

You would think these kids figured it out and realized Pruitt puts DBs in the league in bunches.
Likes: SweetasSoda
M

Coach Punk said:
You would think these kids figured it out and realized Pruitt puts DBs in the league in bunches.
Click to expand...
You would think they could just look at last year and see two guys who most people didn't even project as corners making freshmen All SEC teams in Thompson and Taylor.
Likes: LittleVol, jdhallvols, T Dog and 1 other person

Hutchinson opens its season next weekend
Click to expand...
-VQ

miket4god said:
You would think they could just look at last year and see two guys who most people didn't even project as corners making freshmen All SEC teams in Thompson and Taylor.
Click to expand...
Yes, but they can get similar coaching at top programs AND be part of a winning team.

We're 50/50 right now. We're not a sure bet yet.
So these coaches are just going to keep getting that unrecognizable talent, and coaching em up. We're definitely heading in the right direction tho.

Green had one tackle for a loss and one pass broken up in Hutchinson's 31-21 win over Independence.
Click to expand...
-VQ
Likes: wwilso29 and JacketVol

Art Green had one tackle for loss and one pass broken up in Hutchinson’s 41-16 win over Ellsworth.
Click to expand...
-VQ
Likes: JustSomeVolFan

Green had one tackle in Hutchinson's 35-28 win over Butler.
Click to expand...
-VQ

On his way to 14 tackles this year!

TNfaninMS said:
On his way to 14 tackles this year!
Click to expand...
I was thinking the same thing but then I thought maybe that means his receivers he is guarding isnt catching anything. I have no idea as I havent watched him play a full game.

TNfaninMS said:
On his way to 14 tackles this year!
Click to expand...
Don’t need tackles when you’re holding it down.

VolInDayton said:
I was thinking the same thing but then I thought maybe that means his receivers he is guarding isnt catching anything. I have no idea as I havent watched him play a full game.
Click to expand...
TrippieRedd said:
Don’t need tackles when you’re holding it down.
Click to expand...
Agreed
Likes: SmokinBob

Green and Hutchinson took their first loss of the season this week, falling to Highland CC 29-27.
Click to expand...
-VQ
Likes: InVOLuntary

thunder5 said:
Yep...worth every penny if that $9.99
Click to expand...
the article was free tho..
Last edited: Oct 14, 2019
Likes: #Vol4Life1991, Paper_Towel and InVOLuntary
New posts
You must log in or register to reply here.
<< Tennessee Vols Recruiting Forum
Share: Facebook Twitter Email Link