Decker Moss said:
Here’s the link. Jordan Walker
Click to expand...
Good news. This is more logical and likely helpful than our recent move and takes pressure off the challenging process of trying to make Horsten into a PG.
Last edited: Jul 24, 2020
Likes: T.J., sisaq and Smallvol#1

Nice to have a veteran player to help at the pg position.....
Her resume is impressive...With this signing, the LVs have got a little stronger.

No one can accuse Coach Kellie and her staff of not adding quality players to the roster...Of course, there will be a few that will still complain... 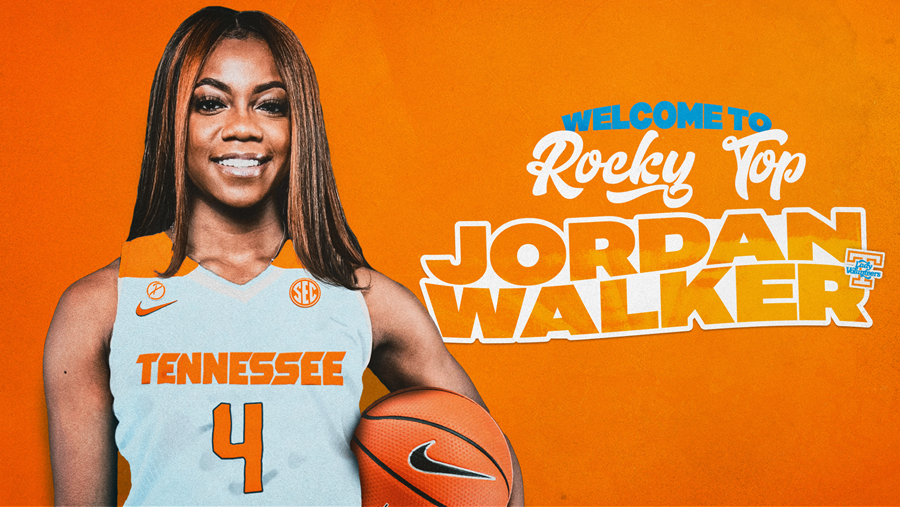 Nice catch and beat Mulkey to the 'point'!
Likes: BamaLVFan, Jhilly05, LadyVols_WBK and 8 others
S

Welcome aboard! Hope we can utilize her 3 point shooting!
Likes: stlvolsfan

Sorry coach Mulkey we got her.
L

Kellie and staff have been putting in work! Welcome, Jordan!
Likes: Nickid1975, travis929, Benionsopinion and 4 others

Here is her BIO:

2017-18: One of three Broncos to play in all 33 games, making 23 starts … named team’s Co-Most Improved Player of the Year with freshman Nina Farkic … averaged 7.9 points, 3.8 rebounds, 2.0 assists and 1.6 steals per game … finished second on the team in total assists (66) and steals (53) … led the squad in three-point field goals made (41) while shooting 32.0 percent from behind the arc … scored a year-high 32 points, the most by any Bronco during the season, with a season-best five threes against Bowling Green (March 5) in the MAC Championship first round … poured in 11 double-digit scoring games, including 11 points in debut at New Mexico (November 10) … notched a double-double at Bowling Green (February 7) with 15 points and 12 rebounds.

Personal: Daughter of Jarvis and Danielle Walker ... has two siblings, Jasmyn and Jarvis … Jasmyn was a two-year letterwinner (2018-19) in basketball for Western Michigan, playing in and starting 50 and scoring 468 points in 1,363 minutes while grabbing 313 rebounds, dishing out 56 assists and collecting 39 steals and 23 blocks ... father played professional basketball in Germany and was a four-year letterman (1986-87-88-89) for the Ferris State men's basketball who was the 1989 Great Lakes Intercollegiate Athletic Conference (GLIAC) Player of the Year, 1986 GLIAC Freshman of the Year, three-time first team all-GLIAC selection and 1988 and 1989 Ferris MVP, helping the Bulldogs to three consecutive NCAA Division II Tournament bids and three conference titles before earning induction into the Ferris State Hall of Fame in 2004 … mother was a four-year letterwinner (1988-89-90-91) in women's basketball at Ferris State who led the Bulldogs in scoring and rebounding three consecutive seasons, was named the Ferris MVP in 1990 and 1991 and earned honorable mention all-GLIAC accolades in 1991 before earning induction into the Ferris State Hall of Fame in 2007 ... plans to major in political science … born February 7, 1999
Likes: krichunaka

This really is the perfect pickup. GREAT job by the staff, and GREAT choice by Walker.
Likes: krichunaka, travis929, Orange007 and 1 other person

Putbacks said:
We’ll take her again too!
Click to expand...
ok
A

Great pickup for Kellie. You can never go wrong with experienced guards.
Likes: krichunaka, travis929, JohnnyPayne and 1 other person

Walker recently completed her undergraduate degree from WMU with a major in political science and minor in communications. At Tennessee, she intends on pursuing a Master of Business Administration degree with a concentration on entrepreneurship and management. After college, she hopes to play professionally overseas – following in the footsteps of her father, Jarvis Walker – with the desire to coach one day and go to law school.

Now, she’s getting her shot at big-time women’s college basketball. “You know, as like a little girl you always dream of it – being on TV, like, ‘I want to be there,’” Walker said. “It never was my intent to leave Western or anything like that, but since I did and I had an opportunity (to be recruited by top programs) and now that I’m going to one, it’s definitely … I don’t even know how to put it into words. It’s almost a surreal feeling.”
Miss Basketball realizes a dream 3 years delayed: Jordan Walker picks Tennessee
Likes: Remy, krichunaka, travis929 and 2 others

Graduating in 3 yrs while practicing and rehabbing is quite impressive.
Likes: krichunaka, travis929, Amb3096 and 2 others
L