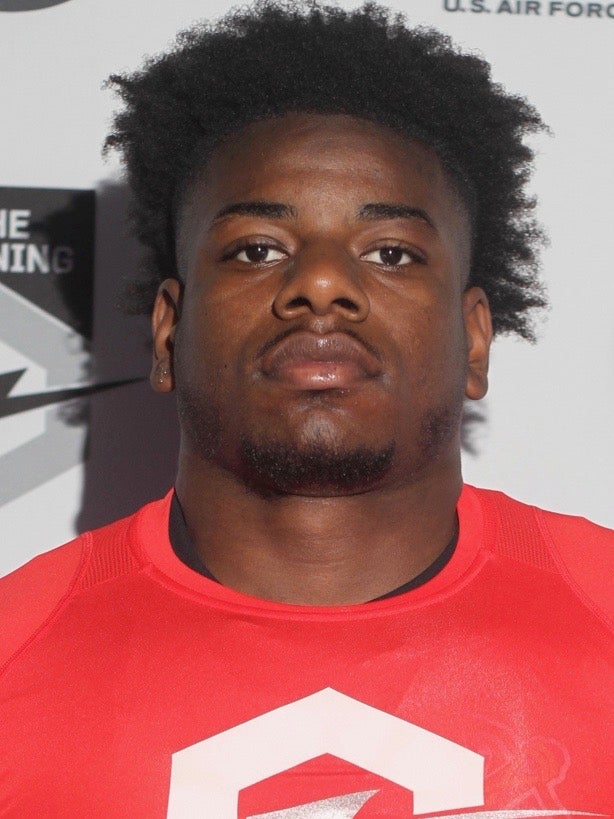 “I want to visit for sure. I want to get there and see everything. I haven’t been there ever, but I had a long conversation with one of the coaches, the linebacker’s coach. That conversation with him really opened my eyes. I like him a lot and I like the coaches, so I have to go visit.”
Click to expand...
Rivals
Likes: FïreBall and jakez4ut

Ehh Lakeland kid so will be very difficult to flip.
Likes: Big Orange#1 and Catbone

Looks NFL-ready to me.

It seems like every high ranked kid from the state of Florida is an attention whore. Not saying it’s the case with this kid but it’s definitely been a trend with the 4/5⭐️s from that state.

Morven Jospeh was in town and impressed at his workout. He told me he will take an official visit to Tennessee after a strong first impression the last two days. Vols like him as ILB who can flex outside situationally.
Click to expand...
-Simonton
Likes: VOLSONLY, SweetasSoda, T Dog and 5 others

Three-star Florida DE commitment Morven Joseph of Lake Gibson High School in Lakeland, Fla., visited Tennessee for the first time today to attend the Vols’ camp, and he said he’s already planning to make the trip to Knoxville again on an official visit in the coming months.

Joseph picked up an offer from Tennessee in late April and said he has stayed in frequent contact with Chris Rumph, the Vols’ co-defensive coordinator and outside linebackers coach, over the past several weeks. And while Joseph has been committed to Florida for almost four months, he said he’s still planning to take all five of his official visits. But he said Florida and Tennessee are the only two schools that he knows will get official visits from him.

We’ll have a full story on Joseph a little later.
Click to expand...
-Callahan
Likes: VOLSONLY, T Dog, FïreBall and 4 others

Decommitted from THREE STAR U
Likes: Billy Antrim, Brillovol, Orangeredblooded and 2 others

He’s morven right along...
Likes: VOLSONLY, sonofUT62, southpaw75 and 4 others

A number of staffs are higher on this kid than his ranking would suggest. Can't say I personally see it, but I'm also not paid to make those decisions. If Pruitt wants him, let's do it.
Likes: Big Gucci Sosa

Florida has already had 7 decommitments in their 2020 class. All have come since January.

I would @ Jaws, but I don't feel like hearing his BS about how they were all recruited over, Mehlen is an elite recruiter and knows what he's doing, etc.
Likes: Brillovol, JustSomeVolFan, Billy Antrim and 2 others
2

Has great film and based on the schools that are after him I would say he is underrated. If the coaches want him I’m all in.
Likes: Bassmaster_Vol

CB coming in for FSU

5 years. No matter what

With Taggart fired, wonder if we make a major push here
Likes: VOLSONLY, BigOrangeTrain, Pane di mais and 2 others
C