Any root beer aficionados in here?

Since I can remember, root beer has been my soft drink of choice! Does anyone else here love root beer like I do and if so, what are your preferred brands?

Recently I've discovered one called "Red Hare." It's made it Marietta Georgia and it's so delicious! Only downside is they only can it. They do not bottle it, though my local wine and spirits store carries it on tap sometimes and I have a growler that I take and get filled with it sometimes! I highly recommend it to anyone! 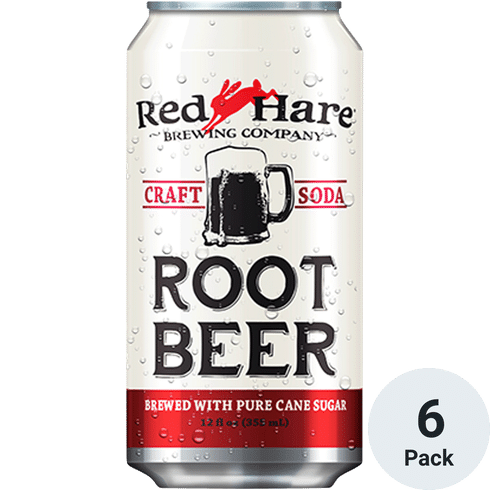 Also, of course I like IBC root beer. Virgil's is ok. I'll drink a Mug root beer in a pinch or Barq's. A&W tastes nasty though IMO.
Likes: joevol33

THIS MAN IS A PERVERT

The best from a brewery that I've had is Abita. Didn't know Red Hare was making it!

I usually only drink them on vacation (which in on now). There's a little ice cream shop in town we always go to that has a large collection of root beers and I always try a couple when I go. Hank's is one of my favorites. I just tried Oak Creek Barrel Aged today and it was fantastic.

I've tried Sprecher's. They own the bees that make the homey that goes into it. I think it is from Wisconsin.

It's a cardigan, but thanks for noticing.

I had to quit eating and drinking stuff with high fructose corn syrup years ago because it was causing me to have gout attacks. For those who don't know what those are, I'm happy for you. Stuff with cane sugar doesn't have the same affect on me as long as I don't overdo it (no more than a bottle every day or two), so I started trying a lot of different craft root beers to find a replacement for my favorite at the time...IBC, which didn't have a cane sugar version yet.

The best root beer I have found is Boylan. Second best is Berghoff, but they're not a consistently great root beer from case to case for some reason. Frostie root beer is good but kind of weak. Frostie makes a great orange soda that's close to Sunkist. I also found a ridiculously good replacement for Coke with Boylan Cane Cola. I would drink the Mexican Coke when I wanted some, but now it just doesn't taste good compared to the Cane Cola. Same deal with the cane sugar IBC. It just doesn't taste good anymore compared to Boylan. Back to the Coke replacement, avoid Red Rock cane cola...it's terrible.

Stewart's root beer is my favorite. I get it every time I grill.

Root beer is my soft drink of choice, but I drink very little of it (I’m fat enough drinking water). Didn’t know there was a micro-root-beer community. May need to check this out.
New posts
You must log in or register to reply here.
<< The Pub Forum
Share: Facebook Twitter Email Link