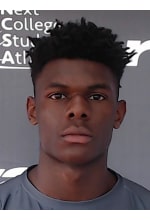 Simpkins was among a slew of prospects invited to Tennessee’s second spring practice over the weekend, and the 6-foot, 190 pound defensive back was personally given a scholarship from new defensive coordinator Derrick Ansley.

“I hadn’t talked to them that much, but knowing Derrick Ansley was the DB coach, I like the way he coaches,” Simpkins told Volquest.

“You look at some guys he coached in Minkah (Fitzpatrick), Marlon (Humphrey) and Eddie Jackson. All those guys are great DBs and went to the NFL, so I know an offer that comes from him means a lot.”
Click to expand...
Simpkins didn’t know much about Tennessee before Saturday, but he’s certainly interested in the Vols now.

“The visit was great,” he said.

“I wanted to learn more about the facilities and the way the coaches are trying to do things around here. The offer meant a lot to me and will stick with me throughout my recruitment knowing that they were the first SEC program to give me an offer.”

Asked what Ansley told him Tennessee liked about his game, Simpkins said, “My physicality, versatility. My speed and aggression.” He’s versatile enough to play at least three different spots in the secondary, too, with Tennessee offering him as a defensive back and not a true corner or safety.

“My DB coach (at Robert E. Lee High) always says I need to be ready to play wherever anyways. I’m good wherever they put me at,” he said.

With his first SEC offer, Simpkins is hoping his recruitment will start to take off. He heard from Auburn on Sunday and plans to be at Georgia State next weekend. He’ll visit UGA in a couple weeks, while Nebraska, Indiana, Kentucky and Arkansas State all called recently, too. He plans to visit as many schools as he can this spring and summer, including a return trip to Tennessee.

“I’ll be back in the summer,” he said.
Click to expand...
-VQ
Likes: FïreBall, wwilso29, SmokeyDaBear and 1 other person