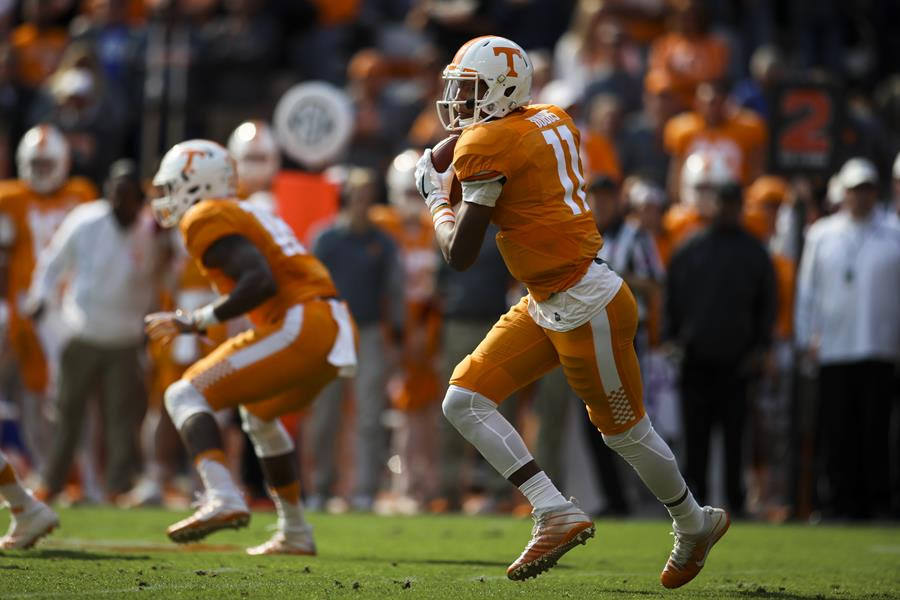 Dobbs accounted for five touchdowns for the Vols in their 49-36 victory over Kentucky on Saturday. Dobbs completed 11 of 17 passes for 223 yards, throwing three touchdowns and one interception. He also rushed for 147 yards and two touchdowns on 14 carries.

Dobbs’ 147 rushing yards marked the second-highest total of his career and the fifth time in his career he had rushed for 100 or more yards.

Tennessee will celebrate Senior Day on Nov. 19 when the Vols take on Missouri at 3:30 p.m. ET. The game will be televised on CBS.