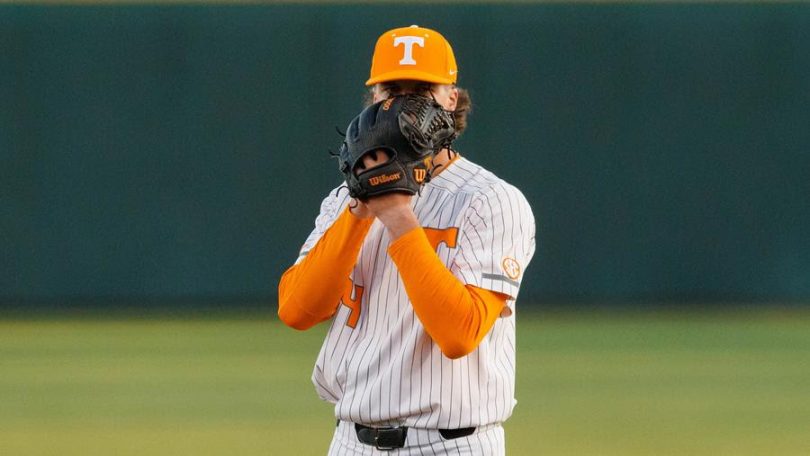 KNOXVILLE, Tenn. – Fresh off a series sweep over Florida in Gainesville, the top-ranked Tennessee baseball team returns home to begin a five-game homestand on Tuesday night at 6:30 p.m. against Xavier and Lindsey Nelson Stadium.

The Vols have won six straight heading into Tuesday’s matchup with the Musketeers and will look to improve to 10-1 in midweek games with a victory.

Season and single-game tickets for all remaining home contests are SOLD OUT. Limited standing room only tickets will go on sale for all games 90 minutes prior to first pitch at the Lindsey Nelson Stadium ticket office.

Single-game tickets for all games can also be purchased through Vivid Seats, the exclusive resale marketplace for Tennessee Athletics, by clicking HERE.

In order to keep Lindsey Nelson Stadium as full as possible, we are encouraging season ticket holders who are unable to use their tickets for a game(s) to either transfer your tickets to someone else (Instructions HERE).

Tuesday’s game will be streamed live on SEC Network+ and the ESPN app with Andy Brock (PxP) and LVFL Madison Shipman (analyst) calling the action. The online broadcasts can be accessed on any mobile device through WatchESPN. WatchESPN can be accessed through the ESPN App, or online at espn.com/watch.

Fans can also listen to the Voice of Tennessee Baseball John Wilkerson and Vince Ferrara call the game on the Vol Network (FM 99.1/AM 990) as well as UTSports.com and the Tennessee Athletics App.

Tuesday will mark the first meeting between Tennessee and Xavier since a 17-1 victory for the Big Orange back in 2010. Five of the previous six meetings have been played in Knoxville.

2022 Vols Stand Alone
With a series sweep of Florida this past weekend, Tennessee became to first team in the history of the Southeastern Conference to start league play 17-1. The previous record was a 16-1 start by the 1951 Volunteers, who finished that season as the College World Series runner-up.

Vols Cleaning Crew Back to Work
The Vols set yet another program record last weekend in Gainesville, recording their eighth series sweep of the year. The previous record for sweeps in a single season was seven by UT’s 1994 SEC Championship team.

Tennessee’s sweep of the Gators was its first in Gainesville since 2001. It was the first time Florida had been swept at home since 2013 and the first time they were swept in a home SEC series since 2006.

Moore recorded the two biggest hits of his young career in the Vols’ thrilling comeback victory, tying the game with two outs in the top of the ninth with a two-run single before hitting the eventual game-winning two-run homer in the 11th inning. Moore batted .500 and reached base in all four of Tennessee’s wins last week. The Brooklyn, New York, native, had a hit in three of  UT’s four games while finishing with three walks and six RBIs for the week.

Gameday promotions for all Tennessee athletics home events can be found on the UT Fan Experience page by clicking HERE.

Fans are encouraged to download the My All App for their phones and devices this season. The app is available on the Google Play Store and Apple App Store and will allow fans to participate in in-game trivia, the custom filter selfie cam and more throughout the year.

With a palpable excitement surrounding the program, Lindsey Nelson Stadium has added some new and improved seating areas and fan amenities to increase capacity and provide a better fan experience this season.

One of the first things fans will see upon arriving is an additional deck of porches behind the left-field wall as well as new chair-back bleacher seating down the left-field line.

All porches for the 2022 season are sold out, however, the left-field bleachers will be sold as general admission seating. Additional food and beverage options will be located next to the new bleachers throughout the year. For SEC games, a VolShop location and food trucks will be located in that area, as well.

UT has removed the playground down the right-field line and re-branded the area as “The Deck”, which will feature a standing room only area for UT’s students while also providing additional concessions options to help negate congestion throughout the main concourse. In order to enhance the gameday experience, a Petro’s Chili & Chips, Moe’s Southwest Grill, Gameday Sausage kiosk and a new beer kiosk have been added to the deck area.

Vol fans can look for Coca-Cola, popcorn and beer at kiosks on the Plaza located down the first-base line. The VolShop will have hats and merchandise available on the Plaza, as well. The Fan Experience Hub, your one-stop shop for game programs, posters, schedule cards, contest info and more, will also be located in the Plaza area.

The Vols host No. 17/19 Auburn this weekend at Lindsey Nelson Stadium. Friday’s series opener is slated for 7 p.m. ET and the first two games of the series will be broadcast on the SEC Network.