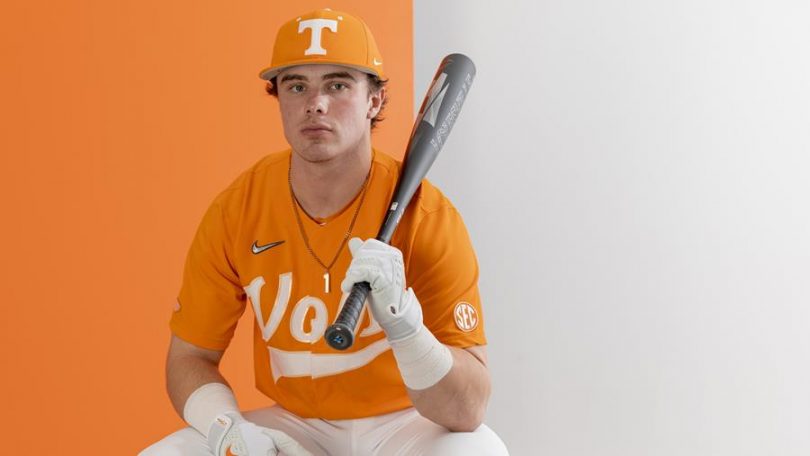 GAINESVILLE, Fla. – After two straight home series, No. 1/1 Tennessee hits the road this weekend to take on Florida down in Gainesville.

The Vols enter this weekend’s series having won three straight games following a series win over Alabama and a midweek victory against Bellarmine.

Tickets for this weekend’s series in Gainesville can be purchased through the University of Florida by clicking HERE.

This weekend’s series will be streamed live digitally on SEC Network+ and the ESPN app. Mick Hubert (PxP) and Nick Belmonte (analyst) will have the call for all three contests. The online broadcasts can be accessed on any mobile device through WatchESPN. WatchESPN can be accessed through the ESPN App, or online at espn.com/watch.

Fans can also listen to the Voice of Tennessee Baseball John Wilkerson call the games on the Vol Network (FM 99.1/AM 990) as well as UTSports.com and the Tennessee Athletics App.

Tennessee will look to win its third consecutive series against Florida. The Vols and Gators played four times in 2021 with UT coming away victorious three times, including a 4-0 shutout win in the SEC Tournament semifinals. The Big Orange are 6-4 against UF since Tony Vitello took over as head coach in 2018.

Thriving on the Road
Tennessee was one of the best road teams in the country last season and has been just as dominant away from home so far this year. UT is a perfect 6-0 in true road games this year with series sweeps over then No. 1 Ole Miss (3/25-27) and then No. 3 Vanderbilt (4/1-3). The Vols outscored the Commodores, 16-4, and the Rebels, 26-7.

UT’s series win at Vanderbilt was its eighth consecutive SEC road series win and ninth straight road series win overall, dating back to 2019. The Big Orange won all five of their conference series away from home last season after winning its final road series in 2019 at Florida. (No SEC games in 2020 – COVID-19)

Ortega Named SEC Player of the Week
UT second baseman Jorel Ortega was named the Southeastern Conference Player of the Week after ranking among the league leaders in a handful of offensive categories. Ortega led the SEC with a .563 batting average for the week and also tied for the league lead with nine hits, recording at least one base knock in all four games played and three multi-hit performances. He also tied for second in the SEC with six runs scored last week, scoring at least once in every game. His 17 total bases ranked third in the conference, as well.

Vols Continue to Make SEC History
With last Sunday’s win over Alabama, the Vols improved to 14-1 in SEC play and won their fifth straight series against conference foes this year. Tennessee joined elite company with its 14-1 SEC start, becoming just the sixth team all time to achieve that feat and the first since Vanderbilt in 2013. UT was actually the first program to reach that mark, doing so in 1951. That squad was the only one ever to start 16-1 in SEC play.

Lipscomb Putting Up Monster Numbers
Senior third baseman Trey Lipscomb has put together a breakout season and ranks among the nation’s top hitters this year. After homering twice and driving in five runs in Sunday’s win over the Crimson Tide, Lipscomb now ranks third in the nation with 57 RBIs and sixth nationally with 15 long balls. Lipscomb also leads the SEC in total bases (111) and has driven in at least five runs in three different games this season, while no other Vol has done so more than once.

Vols Cleaning Crew
Tennessee recorded its seventh series sweep this season after taking care of business against Missouri two weekends ago. UT’s seven series sweeps are tied for the most in a single season in program history (7 in 1994).

Not including tournaments, the Vols have recorded 19 series sweeps since 2018 when Tony Vitello took over as head coach.

The Vols return to Knoxville for a five-game homestand starting with a midweek matchup against Xavier on Tuesday, April 26 at 6:30 p.m.