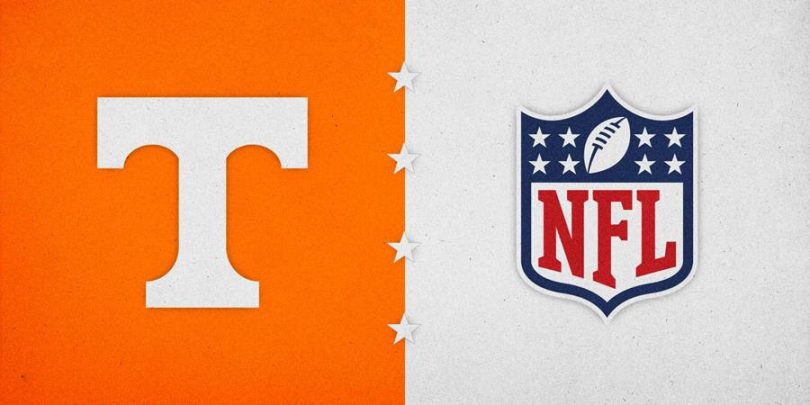 KNOXVILLE – With the 2021 NFL season set to begin on Thursday night, a total of 27 Tennessee Volunteers are on team rosters, including 18 VFLs on active rosters.

Five Vols will start the year on injured reserve, while four VFLs are members of the practice squad.

Two Vol rookies are debuting on active rosters as wide receiver Josh Palmer has stood out on the Los Angeles Chargers camp after being selected in the third round of the 2021 NFL Draft. Trey Smith has also made his mark in preseason camp with the Kansas City Chiefs after going in the sixth round. Smith is penciled in as the Chiefs’ starter at right guard.

Two second-year players will make their debut on active rosters this season. Wide receiver Jauan Jennings enjoyed an outstanding camp with the San Francisco 49ers. Darrell Taylor, who spent the 2020 season on injured reserve, is set to start as an edge rusher for the Seattle Seahawks.

The New Orleans Saints carry a roster full of Vols, headlined by running back Alvin Kamara who looks to follow-up a career year that saw him rush for 16 touchdowns and 932 yards. Kamara tied an NFL record last year, scoring six rushing touchdowns on Christmas Day. Wide receiver Marquez Callaway is poised for a breakout year for the Saints after hauling in 21 passes a season ago and dazzling fans this preseason. The Warner-Robins, Georgia, native averaged 20.6 yards per reception in the preseason with two touchdowns.

Defensive tackle Shy Tuttle rounds out the Vols on the active Saints roster and is looking to build on a productive 2020 year that saw his first NFL interception and two sacks. He currently sits only five tackles short of 50 for his career.

Long snapper Morgan Cox and defensive tackle Malik Jackson enter 2021 as the only VFLs with over 10 years of service time (Cox 12, Jackson 10), and both start anew after Cox inked a deal with the Tennessee Titans, while Jackson moved from the Philadelphia Eagles to the Cleveland Browns. Cordarrelle Patterson follows shortly behind, entering his ninth season in the league. The Falcons playmaker has accumulated over 3,100 yards of total offense and 18 touchdowns.

Cornerback Emmanuel Moseley joins Jennings in San Francisco, gearing up for his fourth season, after setting a career-high in passes defended and assisted tackles a season ago. He also had an interception against New England in week seven that he returned 51 yards.

Linebacker Alexander Johnson is beginning his fourth year with Denver Broncos after a monster 2020 season. The former college free agent had 120 tackles and two forced fumbles, while starting every game. Defensive end Derek Barnett remains in Philadelphia after earning a single season-high 33 tackles last year. Cornerback Justin Coleman signed as a free agent with the Miami Dolphins after a stint with the Detroit Lions. Linebacker Jalen Reeves-Maybin remains in Detroit, gearing up for the fifth year with the Lions.

Cornerback Cameron Sutton remains a mainstay in Pittsburgh after recording 30 tackles and eight pass breakups, both career-highs for a single season. After beginning camp with the Ravens, cornerback Nigel Warrior finds himself on the Seattle Seahawks roster.

Jakob Johnson was resigned this offseason by the New England Patriots after making 11 starts a season ago at fullback. The majority of his role came as a lead-blocker, paving the way to the fourth-best rushing offense in the NFL. Michael Palardy also signed a new deal this offseason, taking him from Carolina to the Miami Dolphins where he is slated to be both the primary punter and holder.