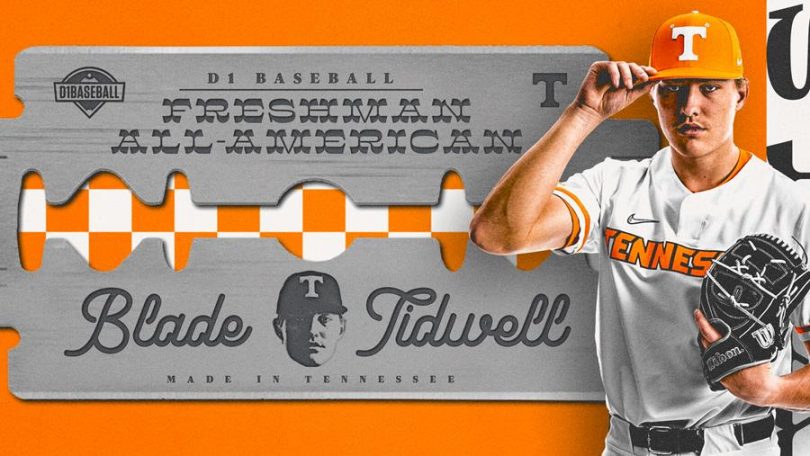 The Loretto, Tennessee, native was a staple in Tennessee’s weekend rotation for the entire season and led the team with 18 games started. His 3.74 ERA was the lowest among UT’s starting pitchers while his 10 wins and 90 strikeouts both ranked second on the team.

Tidwell was named to the SEC All-Freshman team, as well, and recorded an impressive 10-3 record in 2021, helping lead the Vols to their first College World Series appearance since 2005. His 10 victories were tied for the second most by a freshman in program history.

Tidwell was named to the USA Baseball Collegiate National Team on July 1 and is currently participating in the team’s 11 intrasquad scrimmages throughout the month of July.

Tidwell was one of seven players from the SEC to be named to D1Baseball.com’s Freshman All-America teams, the most of any conference. To view the complete teams, click HERE.