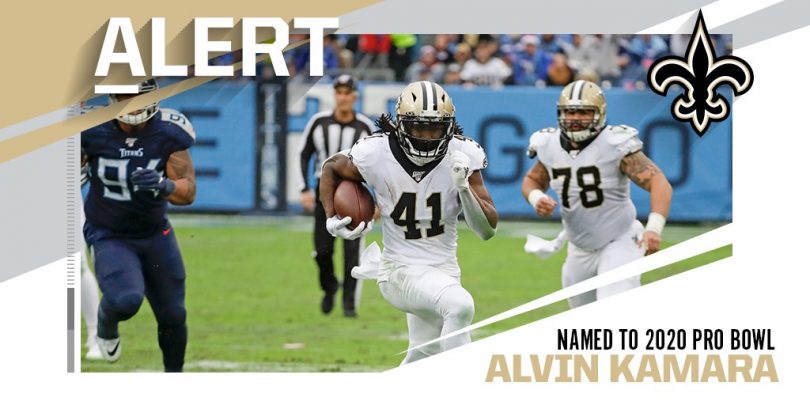 Former Tennessee running back Alvin Kamara has been named to the 2020 NFC Pro Bowl squad, the New Orleans Saints and the NFL announced on Thursday.

Kamara led the Saints rushing attack this season with 797 yards on 171 carries (4.7 avg) and five touchdowns. He was also the Saints second leading receiver with 81 catches for 533 yards and a touchdown, which is the third-best receiving total in the league among running backs.

During his career with New Orleans, Kamara has shown his versatility as a runner and a receiver. He has rushed for 2,408 and scored 27 touchdowns, while adding another 2,068 yards and 10 touchdowns receiving.

It’s the third consecutive Pro Bowl appearance for Kamara, who was drafted as the 67th overall pick in the 2017 NFL Draft. He’s the only Saint to be name to the Pro Bowl in each of his first three NFL seasons.