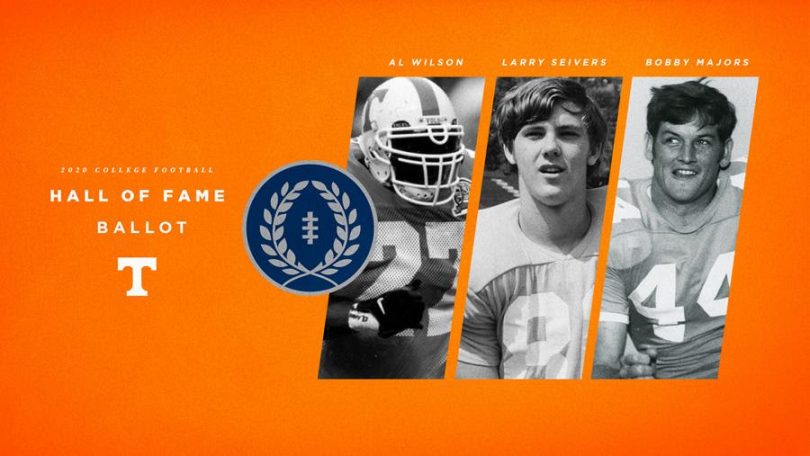 The list includes 76 players and five coaches from the Football Bowl Subdvision.

The ballot was emailed on Monday to the more than 12,000 NFF members and current Hall of Famers whose votes will be tabulated and submitted to the NFF’s Honors Courts, which will deliberate and select the class. The FBS Honors Court, chaired by NFF Board Member and College Football Hall of Famer Archie Griffin from Ohio State, and the Divisional Honors Court, chaired by former Marshall head coach, longtime athletics director and NFF Board Member Jack Lengyel, include an elite and geographically diverse pool of athletic administrators, Hall of Famers and members of the media.

The announcement of the 2020 Class will be made in January 2020 in the days leading up to the College Football Playoff (CFP) National Championship in New Orleans. The January announcement will be televised and/or streamed live, and specific viewing information will be available as the date draws near. Several of the electees will also participate in the pregame festivities and the coin toss before the championship game.

The 2020 College Football Hall of Fame Class will officially be inducted during the 63rd NFF Annual Awards Dinner on Dec. 8, 2020, at the New York Hilton Midtown. They will also be honored at their respective schools with an NFF Hall of Fame On-Campus Salute, presented by Fidelity Investments, during the 2020 season.

Tennessee has had 23 Volunteers inducted into the College Football Hall of Fame. Most recently, Peyton Manning was inducted in 2017.

Bobby Majors – DB/Return Specialist (1969-71)
Majors, a standout defensive back for UT from 1969-71, was named a first-team All-SEC performer twice and earned unanimous first-team All-America honors 1971. A native of Sewanee, Tenn., Majors set the school record for interceptions in a single season, leading the SEC with 10 in 1970, a record that still stands today. Majors was also a dangerous return man as he holds numerous Tennessee records for punt and kick returns. His 117 punts returned, 1,163 punt return yards and four punt return touchdowns all still rank first all time at UT. Majors led the Vols to win in the 1971 Sugar Bowl and 1972 Liberty Bowl before being selected in the third round of the 1972 NFL Draft by the Philadelphia Eagles. If chosen for induction into the College Football Hall of Fame, Majors would join his brother – former UT All-American and head coach Johnny Majors – who was inducted back in 1987.

Larry Seivers – WR (1974-76)
Seivers was a star wide receiver for the Vols from 1974-76 and earned consensus first-team All-America honors in consecutive season (1975 & 1976). Seivers served as a team captain and became one of Tennessee’s first consistent receiving threats, finishing as the best of his era after leading the Big Orange in receiving yards all three of his years on the varsity squad. The Clinton, Tenn., native totaled 347 yards as a sophomore, but exploded in 1975 for 840 yards on 41 receptions. It was the first time any Tennessee receiver topped the 800-yard mark in a season, earning him All-America accolades. The following year, Seivers caught 51 passes for 737 yards and was again named All-America. Seivers was a two-time first-team All-SEC selection and was named the SEC Athlete of the Year for the 1976-77 season. Seivers finished 12th in voting for the Heisman Trophy in 1976 and currently ranks eighth in career receiving yards (1,924) and 10th in career receptions (117) at UT. Seivers was taken in the fourth round 1977 NFL Draft by the Seattle Seahawks.

Al Wilson – LB (1995-98)
Remembered as one of the greatest leaders in program history, Wilson played linebacker and was a captain on UT’s 1998 team that won the inaugural BCS National Championship. Wilson was the Vols’ only All-American on the 1998 national championship team, earning consensus first-team honors. The Jackson, Tenn., native ranked third on the team that year with 77 tackles despite missing three games to injury. His highlight was a 12-tackle performance against Florida in which he set a school record with three forced fumbles. Wilson also helped lead the Vols to four straight AP top 10 finishes and back-to-back SEC championships in 1997 and 1998. He was a two-time first-team All-SEC pick as well as a finalist for the Bronko Nagurski Trophy and a semifinalist for the Butkus Award as a senior. Wilson was selected in the first round of the NFL Draft by the Denver Broncos in 1999 and went on to have a stellar pro career, making five Pro Bowls and earning All-Pro honors twice in his eight-year career.