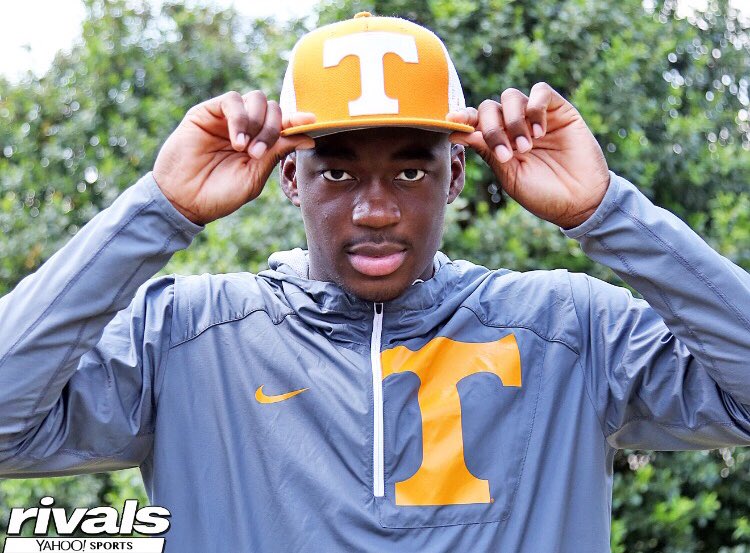 Tennessee picked up a big addition to its 2019 class on Wednesday afternoon when four-star wide receiver Ramel Keyton chose the Vols over Auburn.

He has an all-star offer list, including top-tier schools such as Alabama, Clemson, Florida, Georgia, Ohio State and Miami.

“Ramel Keyton is a good-get for Tennessee. He’s one of the top receivers in Georgia and one of the better (wideouts) in the country for that matter. I’ve watched him pretty close for two years. I’ve seen him in games, tape, practice, camps, 7-on-7s, and probably the thing that stands out most to me about him is just how he adjusts to the football. Whether it be in the air or it be on the ground. The quarterback is not always going to make the perfect throw, but Ramel definitely makes the tough grabs. He can make the tough catches, has great body control, very flexible with great length. He comes back to the football and he fights for the football. He has strong hands and has shown he can catch the ball in traffic.

With today’s commitment, Tennessee has seven players in it’s 2019 class, which now ranks No. 19 nationally, according to 247sports, and No. 16 on Rivals.com