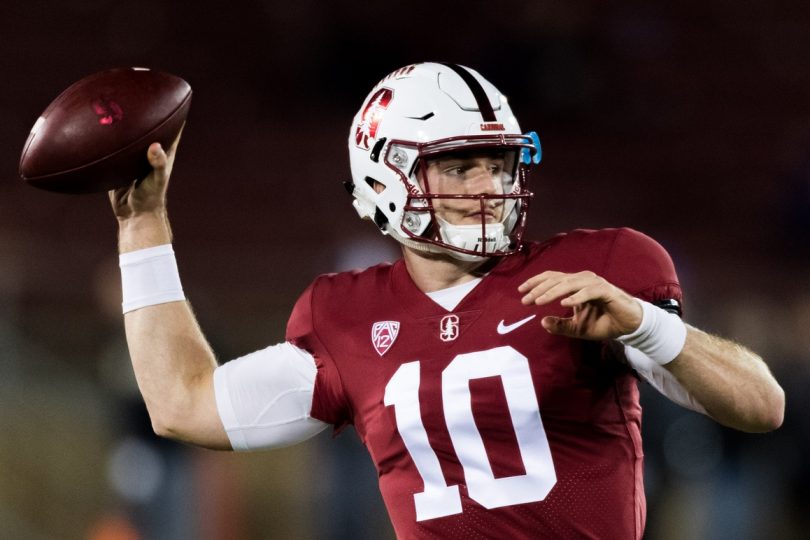 Tennesse picked up a quarterback commitment late Thursday night when multiple sources reported that Keller Chryst, a graduate transfer from Stanford, committed to the Vols.

Listed at 6-5, 234 pounds, Chryst cited Pruitt’s staff and the chance to play a pro-style offense in the SEC as the primary reasons he considered Tennessee.

“Just the coaches’ history of winning and them bringing in all these guys from all over — (running backs) coach (Chris) Weinke, (offensive coordinator) Tyson Helton, all these other guys from all over that have a good background and football history — that they’re used to winning and running a pro-style offense in the SEC, is something I’m considering,” Chryst told GoVols247 after taking an official visit to Knoxville last weekend.

After sitting out his freshman year, Chryst appeared in 23 games in three seasons at Stanford, throwing for 1926 yards and 19 touchdowns. Last season, he appeared in seven games and completed 78-of-144 passes for 962 yards and eight touchdowns.

Chryst is expected to enroll at Tennessee in June.