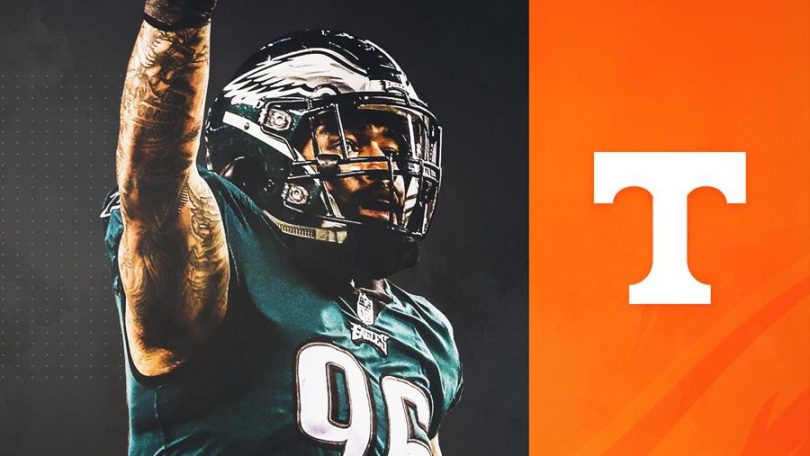 MINNEAPOLIS, Minn. – The Tennessee football program will be represented at Super Bowl LII as rookie defensive end Derek Barnett is expected to compete for the Philadelphia Eagles in Sunday’s Big Game. The Super Bowl kicks off at 6:30 p.m. ET at U.S. Bank Stadium in Minneapolis, Minn. The game will be broadcast live on NBC.

Overall, Tennessee has had 68 VFLs make the Super Bowl a total of 89 times. It’s the ninth straight year a Vol is on the roster of a Super Bowl participant.

Part of an aggressive four-man front for the Eagles, Barnett tallied 5.0 sacks, the third-most on the team, and 21 tackles during his rookie season. He is the first Tennessee rookie since Jamal Lewis to play in every game and earn a trip to the Super Bowl. The Nashville, Tenn., native is just the ninth Tennessee player to make the Big Game in his rookie campaign and the first defensive lineman to do so. Only two other VFLs, Steve Kiner in 1971 and Keith Delong in 1990, made the championship game as defensive rookies. Overall, Barnett is the 13th defensive lineman and the fifth defensive end from Tennessee to appear in the Super Bowl.

The 14th overall pick in the 2017 NFL Draft, Barnett is the only player to force a fumble in the postseason for the Eagles, a strip-sack that led to a 53-yard touchdown pass and the NFC title.

During his three seasons with the Volunteers, Barnett made 197 tackles, including 52.0 tackles for loss, and a program-record 33 sacks to surpass Hall of Famer Reggie White’s previous mark of 32.0. As a true freshman in 2014, Barnett accrued 10.0 sacks and 20.5 tackles for loss, both records for a Tennessee freshman. He collected 10 sacks again in 2015 before notching an SEC-leading 13.0 sacks in his final season with the Orange and White in 2016.