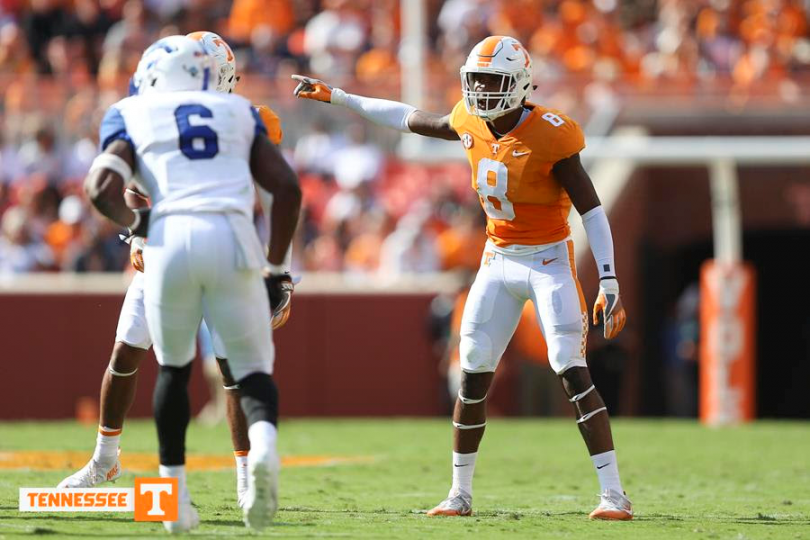 ADDISON, Texas – Tennessee senior defensive back Justin Martin has been selected to participate in the 2018 College Gridiron Showcase & Symposium that will be held from January 6-10 in the Dallas-Fort Worth-area.

Martin is the first Tennessee player to be chosen for the showcase since its inception in 2015. The CGS differs from other postseason games and all-star events by implementing a unique format that features a controlled scrimmage opposed to a normal game, allowing players more opportunities to showcase their skills.

Martin was chosen for this year’s event after a starting a career-best 11 games in 2017 while recording 37 tackles, intercepting one pass and forcing a fumble. The Antioch, Tenn., native appeared in 36 games and started 19 during his three seasons on Rocky Top.

Complete rosters and more information on the 2018 CGS can be found by clicking HERE.

About the College Gridiron Showcase & Symposium
CGS is a college post-season showcase for NFL Draft-eligible players across all college football divisions. CGS selects via a panel of football experts. Players come in for five days and four nights to be evaluated by professional football league scouts. The players receive professional coaching, mentoring, life coaching and seminars that will benefit them as they move forward in their professional lives in or out of football.

Since 2015, 273 CGS participants have had an opportunity to extend their careers through the NFL Draft, free agency, rookies camp invitations and tryouts (including 105 from the 2017 CGS), with several others being drafted or signed to play in the CFL. Over 110 NFL scouts and executives representing 30 teams attended the 2017 event in Bedford, Texas. Over 40 CGS players are currently on NFL rosters.