Who do you want in a bowl?

MaxVolnGA said:
GA State 😳
Click to expand...
Ga State is predicted to go to the Camelia Bowl. One of the lower tier Bowls.

Honestly? I'd much rather draw an Indiana or Illinois. If we draw Michigan, I feel like they'd just eviscerate us... which does us no good on the recruiting trail.
Likes: swampfoxfan, volfaninky and Tennesseefan2019

Honestly, Memphis. There fans seem to think they own the state of Tennessee, even though we just pulled in the best players from that region in recruiting.
Likes: MemphisVol77, VolFanatic27 and Tennesseefan2019
R

Who do I want in a bowl? Gimme Rihanna or Halle Berry. They're interchangeable as far as I'm concerned.
Likes: MemphisVol77, Billy Ratliff, tobybeast and 1 other person
I

I like curb stomping any Big 10 team as I’m surrounded by fans from most of them.
But someone else like Texas would be nice.
Likes: savannahfan and BadgerVol!

Texas or Michigan for sure. What an awesome end to the season and a great way to let em know we’re BACK.
Likes: Sara Clark and TrumpedUpVol

ultimateUT said:
I don't know what the possibilities or how to start a poll but...let's talk ! Who do you want for a bowl game? (Of course this is assuming we win out)
Click to expand...
Just to explain, the tier/grouping of bowls that UT would pretty much be likely to play in is what some had initially called the "Pool of 6" bowls of SEC tie-ins. They are as follows (in no particular order):


It's essentially a pool since the SEC renegotiated all the bowl contracts in 2014. Whereas it used to just be a simple "standings based on overall season records," the selection process now goes through a combination of the schools, bowls, and SEC offices, as described in some quotes below from articles when the system first began (so, just to note, these descriptions come from the first year of the current setup):

Following the Capital One Bowl, there will be a pool of six bowls comprised of renewals with the Outback Bowl in Tampa (vs. Big Ten), Franklin American Mortgage Music City Bowl in Nashville (vs. ACC/Big Ten), TaxSlayer.com Gator Bowl in Jacksonville (vs. ACC/Big Ten) and AutoZone Liberty Bowl in Memphis (vs. Big 12), as well as new agreements with the Texas Bowl in Houston (vs. Big 12) and Belk Bowl in Charlotte (vs. ACC).

In consultation with SEC member institutions, as well as these six bowls, the conference will make the assignments for the bowl games in this newly created pool system.

"This bowl process gives us the best opportunity to address several issues that impact SEC fans, including the creation of intriguing matchups, the accommodation of travel for fans, reduced ticket obligations for our schools and a variety of assignments to help prevent repetitive postseason destinations," said Slive.
Click to expand...

Next the SEC will assign six schools to a block of six different bowls. Those bowls will each turn in a list of SEC teams that they want. The SEC's schools will each turn in a list of bowls trips that they desire. The conference office will then try to match up the bowls' wishes with its schools' wishes while creating interesting matchups. In other words, 90% of the fans in the SEC will be screaming that Mike Slive shivved them come next week.

[...]Keep in mind, the SEC office will be looking for fresh matchups while trying to keep the bowls and its schools happy. So it's unlikely Slive and crew will simply assign teams based on record.
Click to expand...

This will the first year of the SECs so-called Pool of Six. After the CFP and Citrus make their selections, the SEC league office will decide its SEC participants for six bowls: Outback, Belk, Liberty, Music City, Texas and Taxslayer. There is no pecking order within these six and no significant differences between payouts, Womack said.

We'll certainly have discussions with the bowls on which teams they have interest in, Womack said. Well certainly have discussions with our institutions about which bowls they would have an interest in. But at the end of the day, the conference will make the decision as to how those teams would be placed in those six bowls.
Click to expand...
Womack said SEC commissioner Mike Slive and his staff will make the final decisions about which bowls those six teams will play. What factors will the SEC take into account? The league will look to avoid regular-season rematches and rematches from recent bowl games.

If you get into a situation where you get several teams that would have interest in the same bowl, you'd start to look at geography, regular-season rematches records and head-to-head (results) and those type of things, Womack said. All of those elements would be factored into the placement of the Pool of Six by the conference.
Click to expand...
SEC bowl lineup has new look (one of the original articles on the matter)
Likes: VOLSONLY, Gandalf, savannahfan and 1 other person

RDU VOL#14 said:
I didn’t think the SEC and PAC12 shared a bowl agreement just yet. It‘s ridiculous that we don’t, but i don’t think we can play a PAC12 team without it being a CFP or NY6 game until next year.
Click to expand...
Correct, at the moment there is not one. I always guessed it was a distance thing.

Starting in 2020 - once Allegiant Stadium is completed, the Las Vegas Bowl will become a matchup featuring a Pac-12 team playing either a Big Ten or SEC team each bowl season.

This will mark the first Pac-12 and SEC non-playoff bowl matchup since the 1989 Freedom Bowl. The Pac-12 currently plays bowl games against each of the Power 5 conferences except for the SEC. The two conferences have played in only nine non-College Football Playoff/New Year’s 6 bowls.
Click to expand...
Edit: Sorry, it looks like you had already beat me to that information. My bad.
Last edited: Nov 12, 2019
Likes: RDU VOL#14

I do see the advantageous side to a marquee matchup like UT versus Michigan or Texas. 2 all-time greats squaring up.

But the reality is we'd be facing a Michigan team that is several years ahead of us in their rebuild. They absolutely destroyed a decent ND team. We do *not* want to catch Michigan. They have a great defense and a good enough offense to probably beat us by 14-21. Think UK, but with a QB that can throw. We'd lose 34-14 or somewhere around there IMO.

Texas would be a better matchup, but not by much. They have a much better offense and I don't like our chances in a shoot-out as we are wildly inconsistent on Offense.

I know our brand isn't there historically, but we need a bowl win like nobody's business. We're at an Indiana/Illinois level.
Likes: savannahfan and LexVol71

TrumpedUpVol said:
Selfishly, I'd like to play Texas in the Liberty Bowl/Wake Forest in the Music City Bowl/Virginia Tech in the Belk Bowl given the dates of these games and how easily I could wrap a bowl trip into a long weekend/New Year's Eve and fly back home on New Year's Day.

For the sake of the program, I'd like to play Wisconsin in the Gator Bowl or Outback Bowl.
Click to expand...
In all likelihood, these two would be flipped in such a situation. For selection/placement purposes, the ACC treats the Music City/Gator Bowl, Belk Bowl, Hyundai Sun Bowl, and New Era Pinstripe Bowl where the conference will work with the bowls and other conferences to create the most desirable bowl match-ups. If Wake Forest does end up in this tier level...given the ACC's involvement to place it into the right bowl and its small size...I have trouble seeing the ACC not placing Wake in nearby Charlotte at the Belk Bowl so the smaller fanbase will likely have a higher turnout from not having to to travel as far.
Likes: TrumpedUpVol and Tennesseefan2019
M

I just want a W over Mizzou and Vandy....and to finish 7-5 in order to win the hearts and minds of recruits for the early signing period.
Winning a bowl game and finishing 8-5 could easily be sold as what shoulda been a 10 win season and silence some of the negative recruiting about our program.

A dozen years of PTSD-inducing football and all this bowl talk makes me all twitchy.
Likes: BadgerVol! and tobybeast

I don’t think we want Michigan, I just don‘t. There are far too many negatives to playing them than positives. Michigan showed up uninspired last year versus Florida, they don‘t want to lose to another SEC team that they regularly battle on the recruiting trail. I have a suspicion Harbaugh hates Tennessee and wouldn’t allow them to overlook us. The fact is that even though they are underachieving their best is a lot better than our best.
T

Step 3...Make the most of the 15 extra and badly needed practice days.

Step 4...Get to a decent bowl game and then totally dominate them to send our Seniors out the right way and to help recruiting to take the next step in rebuilding our player roster.

VolBricks said:
Honestly, Memphis. There fans seem to think they own the state of Tennessee, even though we just pulled in the best players from that region in recruiting.
Click to expand...
Well... considering their record and rank, they pretty much do own the state.

SouthernSmoke said:
Texas 100% The real UT bowl! That would be a nice storyline and we could take them.
Click to expand... 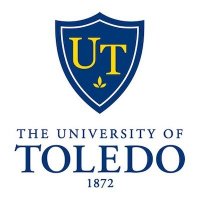 Wow...People wanting Texas and Michigan when we can't even beat Georgia St...We are getting better folks but damn we aren't at THAT level yet...Both those team would smash us...I'd rather us take on Indiana or Illinois...A win over them would give us confidence going into next season...Getting destroyed by Michigan or Texas could deflate what is being built...We need a WIN to save and maybe even sway some recruits.
Likes: VOLSONLY and agent|orange
U

TrueOrange said:
Just to explain, the tier/grouping of bowls that UT would pretty much be likely to play in is what some had initially called the "Pool of 6" bowls of SEC tie-ins. They are as follows (in no particular order):


It's essentially a pool since the SEC renegotiated all the bowl contracts in 2014. Whereas it used to just be a simple "standings based on overall season records," the selection process now goes through a combination of the schools, bowls, and SEC offices, as described in some quotes below from articles when the system first began (so, just to note, these descriptions come from the first year of the current setup):

SEC bowl lineup has new look (one of the original articles on the matter)
Click to expand...
Wow I fell asleep...how about Michigan or Texas!?
New posts
You must log in or register to reply here.
<< Tennessee Vols Football Forum
Share: Facebook Twitter Email Link