What car did y'all have for your very first car?

87 Ford Taurus that had paint leperacy. That was when clear coat first came out and it flaked off. The car looked horrible.

golfballs said:
Did it come with an engine?
Click to expand...
Not a running one

Black Camaro with t-tops. Not an IROC but it did have the 350 V8....and an 8 track player.
Likes: Obsessed, Godfatha, malinoisvol and 1 other person

1980 something ford escort. That cars engine was tough. It would go without oil for miles. I mean many many miles. I bought this car myself when I was 16. I had a job and it really felt good to buy it.
Likes: malinoisvol and VolunteerHillbilly

78 Buick Electra 4 door
Possibly the largest car ever made

It was in 1986 so still a nice car but huge.
Likes: RavinDave, malinoisvol and VolunteerHillbilly

Mid 70's fiat 4dr sedan. Might have done 60 tops, but it handled great. Fun to drive, with a manual tran. Went through curves like it was on rails.

1990 GMC Sonoma. It was an old beat up eyesore of a pickup that I bought from a guy who basically had it sitting in his yard rotting away. He had retired and pretty much had only used it as a work truck, so it had surprisingly low mileage on it for its age (just below 125K IIRC).

I got it my senior year of high school (early 2010) for $600 with money I'd saved from a dishwasher job and drove it for 3 years with no issues. Didn't even need a key to crank it. Had been wired to where you just had to turn the ignition. The wheels might have been worth more than the truck, but damn I was proud of that thing.
Likes: tumscalcium and Crew

So I was thinking about all the vehicles I've had today

Got my own theme music...

YankeeVol said:
So I was thinking about all the vehicles I've had today

Got my own theme music...

* current
Click to expand...
Do you have a preferred local dealership for the performance cars?

It was my 3rd or 4th but by far my favorite, and except for the color looked a lot like the ‘71 in my avatar which is a 911S with carburetors. Mine was a ‘73 911T with Bosch mechanical FI and was the Aubergine color (Kraut for eggplant). I took this picture yesterday at North Houston Porsche where this little Orange Classic is asking $120,000 which blows my mind...

RavinDave said:
In ‘83 I got to pick any car as a company car (got a $400/mo car allowance) and bought a new Buick LeSabre. Big switch from driving my old 911 which I still had at the time.
Click to expand...
I went from the Buick to a 79 diesel rabbit.
That was also some culture shock. Lol
Likes: Obsessed and RavinDave

1967 VW bus. Looked like this one. Had a small electric fan on the dash. 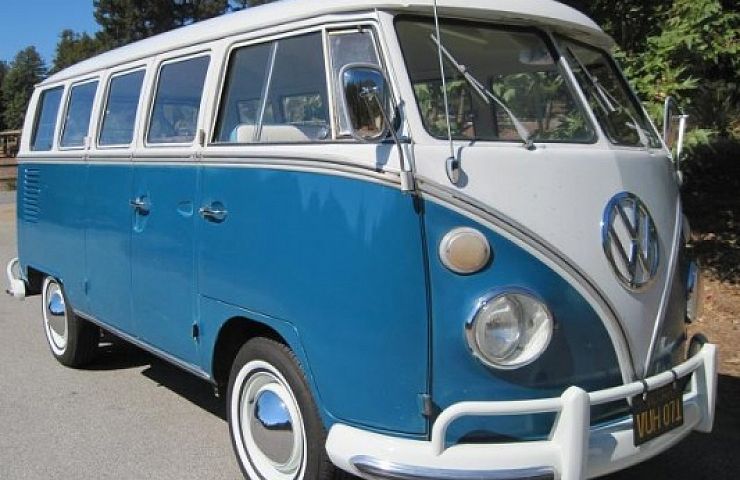 Yeah, I posted this before...

1968 Maroon Chevelle SS396. Sure wish I had that car now.
Likes: Obsessed, jayisavol, malinoisvol and 1 other person

Orangeslice13 said:
I went from the Buick to a 79 diesel rabbit.
That was also some culture shock. Lol
Click to expand...
I bet that Rabbit was fun. Course VW kind of screwed themselves in recent times. on the diesel side with their software shenanigans to fake environmental compliance. The only diesel I ever owned was a Toronado, about a 1980, which I got off my girlfriend at the time (a few years after the LeSabre which I sold after changing jobs), and it ran well.

We have a VW Tiguan which used to be my wife’s before I got her a Subaru. I drive the Tiguan once in a while when I don’t need my truck. I call it my poor man’s Porsche.