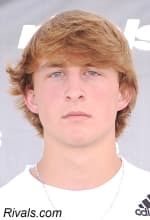 Last edited by a moderator: Tuesday at 1:33 PM
Likes: Kristy*, VOLSONLY, FïreBall and 4 others

Looks to be hard nosed on the defensive side of the ball...

Nothing really jumps out on the offensive side...

However, offers from Aub, Ky, Louisville, Purdue, Vandy and UT is pretty impressive at this point..
Likes: W.TN.Orange Blood

Not ever going to impress anyone with measurables, just a guy you want on your team. A lot like Noah Henderson from CPA (Charlotte). Not sure he would be a take, but would make any team better. JMO.

"I've always known from friends that have been recruited that their aren't many in-state kids that they go after," Merrill said. "That's big time since I'm an in-state kid so I was pumped about that." Wide receivers coach Tee Martin is in charge of recruiting the Nashville area so thus he has the task of recruiting Merrill. "They said they like my film and a few videos of me working out," Merrill said. "They have seven receivers leaving by the time I'd get up there so I like that. I look forward to talking more to them and seeing how they would use me in their offense."

Merrill said Martin wants to get him back on campus soon and reiterated that he hopes to continue building that relationship.
Merrill was born in Charlotte, North Carolina and eventually moved to Florida for a stint before moving to middle Tennessee.
"All my family went to North Carolina," Merrill said. "I didn't really have a favorite team growing up so I didn't really have a die hard team that I was a fan of."

Merrill loves the game and is constantly working on his craft. He brings a lot to the table and feels like he's a complete receiver.
"I'd say I'm a deep threat," Merrill said. "Anything like a post. The comeback is probably my favorite route. I like anything deep, but I also like to get YAC." Vanderbilt, Auburn, Ole Miss, Louisville, Memphis, Purdue, Tulane, and Kentucky join the Vols in offering Merrill early in the process. Very important in the process is finding a place with a good education.

"Coming out and playing early is everyones dream," Merrill said. "I've grown up knowing that my education is very important. It's about that paper you earn because it will help you in life." Merrill attributes his success on the field to his work ethic and his work with NPA in Nashville. "They have helped me big time," Merrill said. "They have been a big factor with how I've developed as a player and as a person. Coach Buck and everyone really helps. I've been going there since 5th of 6th grade. I've been going up against older guys and looking up to guys like Lance Wilhoite, who is going to Oregon. The player development there is really good."
Click to expand...
-VQ
Likes: TN-POSSUM, nicksjuzunk, Vol Main and 9 others

Merrill said Martin wants to get him back on campus soon and reiterated that he hopes to continue building that relationship.
Merrill was born in Charlotte, North Carolina and eventually moved to Florida for a stint before moving to middle Tennessee.
"All my family went to North Carolina," Merrill said. "I didn't really have a favorite team growing up so I didn't really have a die hard team that I was a fan of."
Click to expand...
i mean it's just example after example. in state here shouldn't mean a darn thing. these stupid narratives on in state misses....gimmie a break.

just go get the best players you can. i really don't care where they're from.
Likes: TN-POSSUM, OrangeJuicebox, drvenner and 5 others

“I’m planning on going there this summer, for a camp, maybe,” Merrill said Sunday during National Playmakers Academy’s Tennessee Exposure Camp at Murfreesboro’s Siegel High School. The 6-foot-1, 180-pound Merrill said he believes Tennessee is a team “on the rise” under second-year coach Jeremy Pruitt. “Definitely, I think Coach Pruitt will reel them in,” said Merrill, who’s ranked by 247Sports as the No. 199 overall prospect and No. 34 wide receiver in the 2021 class and the No. 4 rising junior from Tennessee. “I think they’ll have a good season.”

Merrill now holds early offers from 10 schools, including Auburn, Penn State, Kentucky, Louisville, Purdue and Memphis. He picked up his latest offer Saturday from Penn State. Kentucky started his recent run of offers in early March. He added an offer from Auburn on March 31, and Tennessee followed suit just three days later. He admitted he was pleasantly surprised to get a handful of SEC offers before the end of his sophomore year. “That’s what I dreamt as a kid,” Merrill said.

First-year Tennessee wide receivers coach Tee Martin “came up to my school, actually, a few weeks ago,” Merrill said. Martin extended the offer to Merrill last month, and while Merrill has yet to speak with Pruitt, he said Martin already has made a good impression on him. “He said all their receivers are leaving by the time I get up there, so he mentioned that. He really liked my film,” Merrill said of Martin, a former Tennessee quarterback who led the Vols to the 1998 national championship. “He’s a great guy. I have not (talked to Pruitt). But Tee Martin, I talked to him like I’ve already known him.”

He said he will make another trip to Tennessee at some point, too, whether it’s this summer or for one of the Vols’ games. “I plan on getting up there soon, actually — hopefully for a game,” Merrill said. “I was going to go for a spring practice, but I had a track meet. “I think I’ll go (to Auburn) for a game. I think I’m camping there.” Duke, which recently sent one of its assistant coaches to his school, has started to show interest in him in addition to the 10 schools that already have extended offers to him.

Merrill currently is focusing on his ongoing track season rather than going through spring practice with his football team. He said he runs the 4x100-meter, 4x200 and 4x400 relays and also is a long jumper. He said his personal best in the 200 meters is just over 22 seconds.
Click to expand...
-247
Likes: TN-POSSUM, VOLSONLY, Pane di mais and 3 others
V

I believe this kid best position is on the defensive side of the ball. He's a well put together athlete very strong looking lower body.
Likes: VOLSONLY

why would we want a POS WR?

jackcrevol said:
this weekend?
Click to expand...
this
Likes: Bassmaster_Vol

Merrill said he “learned a lot” from a film session with Tennessee wide receivers coach Tee Martin and head coach Jeremy Pruitt, and the 6-foot-1, 176-pound wideout left campus feeling like the Vols are high on his list.

“Lot of stuff was how they work with their players, how and what they teach them, how they run routes, to high-pointing the ball, stuff like that,” Merrill said of the film session. “And all the classic ‘Wide Receiver U,’ all the dudes that have been through here, stuff like that.

“Coach Pruitt, we went over some stuff that he liked about me, how he would use me, type of slot stuff and a few things I need to work on and stuff like that. It was a good talk.”

“Coach Martin and I will talk, we’ll text back and forth, just to keep in touch,” he said. Merrill was impressed by the way Tennessee closed the season as the Vols won six straight games, and believes the program's upward trajectory is appealing.

“Obviously you don’t want to go to a program that’s going down, and this program is definitely on the uprise, for sure,” Merrill said. “They finished the season with like some stat of most wins in a row or something like that. That’s obviously a good sign right there.”

Merrill said he's yet to narrow down his potential options, but probably would do so prior to his senior season. He also hasn't set a timeline on when he wants to make a decision. Nevertheless, Tennessee currently is high on his list. “Definitely up there,” Merrill said. “I’ve enjoyed it. Every bit of it. And I like the area.”
Click to expand...
- 247
Likes: TN-POSSUM, LittleVol, VOLSONLY and 5 others

HoleInTheRoof said:
Hard worker. Gym rat. Does all the little things well. Father is a coach.
Click to expand...
He may never be an All-American, but he will be an asset to someone....Craig Faulkner type. Hope he signs with the good guys.
Likes: W.TN.Orange Blood 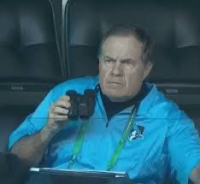