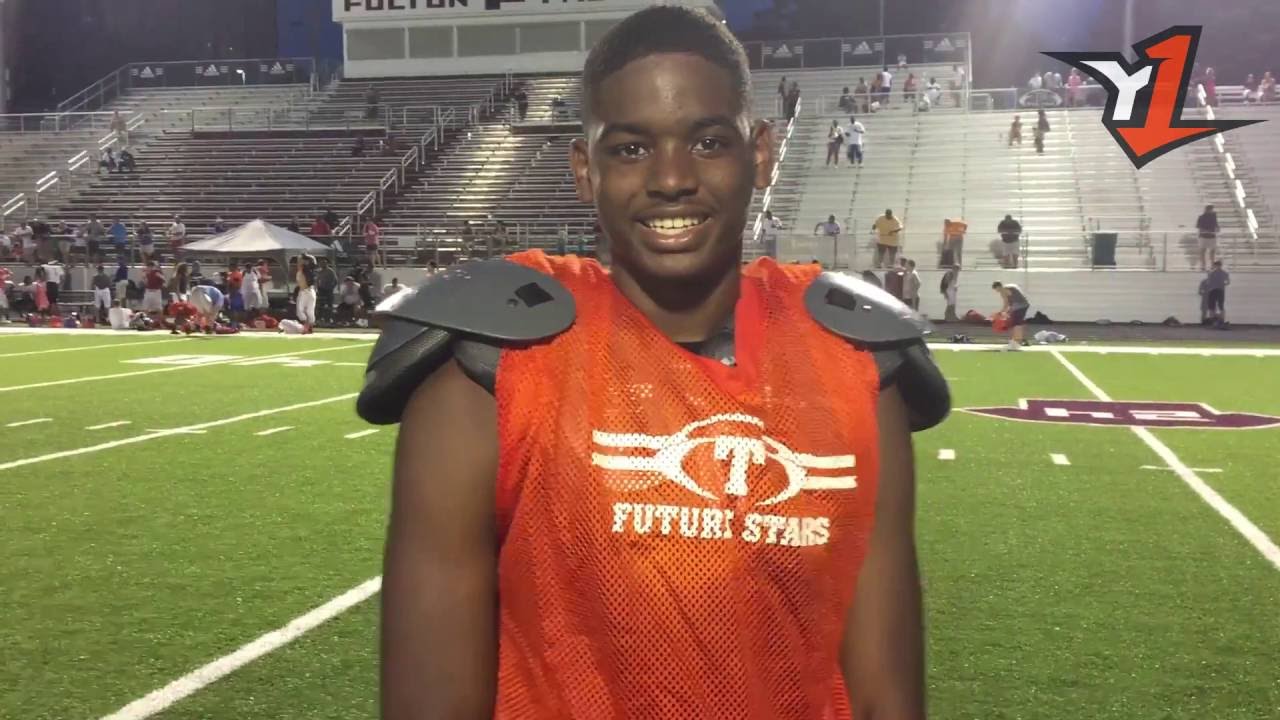 UT has offered along with Ole Miss & Memphis at this time.
Last edited by a moderator: Dec 12, 2018
Likes: Evergrenevol, wwilso29 and 7danderson

Memphis, Tenn. (Central High School) class of 2020 wide receiver Darin Turner sticks out and schools are taking plenty of notice. Turner stands 6-3, 195 pounds and has offers from Tennessee, Auburn, Clemson, LSU, Ole Miss, Mississippi State, and Louisville and is hearing from more schools daily. &#8220;It's a lot of them,&#8221; Turner said. &#8220;I don't really keep count, but I'm hearing from probably 8-10 schools. &#8220;They really like my work ethic and my height. They tell me they want me to be more consistent.&#8221;

&#8220;I like Auburn's education program. They have nice facilities. I have been around Tennessee my whole life. I have been up there several times,&#8221; Turner said. &#8220;I went to LSU and Mississippi State for junior day.&#8221;

&#8220;Coming out of middle school I never dreamed I would have this many offers this early,&#8221; Turner said. &#8220;I think they like everything about my game. I have speed and agility. I have height and I can catch. I'm also good in the classroom. &#8220;I really play outside receiver, but I can play in the slot, but coaches like me on the outside because of my speed.&#8221;

With the summer camp season approaching, schools are working to get Turner on campus. The receiver isn't sure how many places he will see, but he knows of a few at this point. &#8220;I'm going to see Auburn. I want to see Clemson and I think I'm going back to Tennessee. I have been talking to coach Wells. Tennessee was the first school to offer me,&#8221; Turner offered.
Click to expand...
-VQ
C

Looking at his film his QB can throw it deep with no effort at all, he might be somebody to look at too.

I said this in another thread but it sure does seem like everyday I see a new stud recruit from Tennessee in the 2019 and 2020 classes.

The state of Tennessee is turning into a football factory.
Likes: LittleVol

Recruiting Wrap: Auburn, Clemson, LSU and Tennessee are just some of the schools that have offered Turner, a 2020 wide receiver.

Performance: He is young, still a freshman in high school, but he was one of the top five wide receivers Sunday. He has great size and length, but his quickness and ability to move in space stood out. He has a nice burst and he is only going to get bigger and better in the coming years.
Click to expand...
Likes: 3 people

Updated links since ones in OP unavailable:

former tennessee coach butch jones staff gave darin turner his first scholarship offer nearly 18 months ago, before the start of his freshman year of high school. The vols new staff didnt wait long to pick up where the previous staff left off. The four-star sophomore wide receiver from central high school in memphis, tenn., said new tennessee coach jeremy pruitt already has reached out to him to reiterate that he still has an offer from the vols, and theyre one of five teams standing out to him.

its still early in the recruiting process for turner, but he said he could envision himself deciding on a college around the middle of my 11th-grade year.

im going to see how many more offers come in, do some more research, he said. i dont just want to stick with one school, then do some research and (say), i dont like this about the school, then have to (decommit) and all that.
Click to expand...
- 247
Likes: NashVol., HoleInTheRoof and highspeed

Love that were making Memphis area a priority.
Click to expand...
Without actually looking back at the rankings, it also seems like there are more quality players coming out of Memphis in the '19 and '20 classes than there have been in the last couple of cycles.

cncchris33 said:
Austin Thomas
Click to expand...
He isn't there anymore. He is wacking off to himself in the mirror somewhere
Likes: tatervol, LaagerVol and PA Vol

Nashvegas31 said:
He isn't there anymore. He is wacking off to himself in the mirror somewhere
Click to expand...
My bad. 247 still has him as LSU's primary recruiter for Turner.

Turner is another west Tennessee product the Vols covet. LSU got an early commitment from the 6-3, 195 wide receiver. But everyone is still coming after the Top 100 player. And that includes Jeremy Pruitt and David Johnson. Turner had a huge junior year and saw his ranking jump from 180 nationally in August to 85 earlier this month.
Click to expand...
-VQ
Likes: VOLuptuousBOOMS, LittleVol, 85SugarVol and 5 others

Vols going to bring him in for a visit sometime?

They'd like to for sure. Vols have stopped by the school several times this month
Click to expand...
- Simonton
Likes: BucksnortVol, dmwhite1, T Dog and 2 others