Let’s have him wait until NSD to commit so they don’t drop him to a low 4 star, #21 DT
Likes: Vol_0311, Catbone and BigOrangeGoose

Hopefully he commits soon so we can get the 2022 class rolling for the in-state talent we have.
Likes: Kristy*, swampfoxfan, T Dog and 3 others
R

JT3 said:
Hopefully he commits soon so we can get the 2022 class rolling for the in-state talent we have.
Click to expand...
Or silent commit so he can keep his #1 overall ranking
Likes: coskramer

turnuptheVOLtage said:
Let’s have him wait until NSD to commit so they don’t drop him to a low 4 star, #21 DT
Click to expand...
You know I want to laugh at this. But there is truth to it. We all know if he commits to us he will take a fall in the rankings. 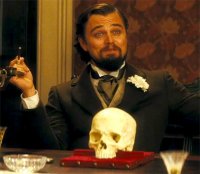 This guy would be a solid addition for the defensive line in 2 years.

Volfan1000 said:
This guy would be a solid addition for the defensive line in 2 years.
Click to expand...
Astute.
Likes: Kristy*, Orangeburst, mrorange211 and 2 others

One of Tennessee's top in-state targets now is ranked the nation's No. 1 prospect. Five-star Class of 2022 defensive lineman Walter Nolen, who recently moved to St. Benedict at Auburndale High School in Cordova, Tenn., climbed to No. 1 nationally Thursday in the latest update to the industry-generated 247Sports Composite rankings for the 2022 class.

He's still ranked by 247Sports as the nation's No. 3 overall prospect in the 2022 class and the No. 1 junior from the state of Tennessee. But the latest rankings updates throughout the industry helped him vault into the top spot in the 247Sports Composite going into his junior season.
Nolen spent his sophomore season at Olive Branch (Miss.) High School, located just outside Memphis, before transferring to talent-filled IMG Academy in Bradenton, Fla., in January. After spending a few months at the powerhouse program, he decided to return to the Memphis area for his final two years of high school.

He now will be playing for former Tennessee defensive lineman Marlon Walls, who's in his second year as St. Benedict's head coach, and he said playing for Walls is "going to help me going into college."

"I've been knowing Coach Walls for about four years," Nolen told GoVols247 last month after confirming his move to St. Benedict. "I worked with him a couple times. ... He's one of the better coaches in the city for my position."

He has been to Tennessee’s campus at least once. He said last year that he participated in the Tennessee-Kentucky Future Stars Game, which allowed him to practice in the Vols’ facilities before the middle school all-star game.

“A lot of people were telling me they’ve got a good environment over there,” Nolen said of Tennessee last year. “They’ve got a nice facility. The coaches seem like they mean well and stuff.”

As a sophomore at Olive Branch, he recorded 26 tackles for loss and 21 hurries. In March, 247Sports' Barton Simmons wrote that Nolen was "athletic, powerful and nasty."

"One of the most disruptive defenders in the 2022 cycle. Plays with effort and alpha mentality. Shorter than the what is typical for elite interior linemen. May not be as scheme versatile as other bigger linemen. Will be an impact Power Five starter and is poised to develop into an early round NFL Draft pick."
/QUOTE]

Things sure are looking nice for the Vols.

After years of crap luck, arrests, lame losses, it is our turn to be dominate, yet again
Likes: GRRN7MAXIMS, TennacJed, tennvols77 and 7 others
New posts
You must log in or register to reply here.
<< Tennessee Vols Recruiting Forum
Share: Facebook Twitter Email Link