Arrested in Florida at 5am with a 17 year old in the car with him, with a loaded gun, marijuana, scales, and little bags.

Does not sound good
Likes: VolsnRavens, tbh, Sara Clark and 5 others
W

Jordan told the officers he was carrying a gun in his back pocket without a concealed carry permit, according to the warrant. The handgun, a Ruger LP pistol, was found in his back pocket, loaded and unholstered.

Inside the vehicle the detectives reported finding a small bag containing about 9.25 grams of marijuana, as well as a scale and several small plastic bags.

His teenage passenger also was arrested; the teen's name is redacted in the warrant.

The concealed carry charge Jordan faces is a third-degree felony in Florida, punishable by a sentence up to five years in prison and a fine of $5,000.

Don't think we'll need threads pontificating if he'll be back like certain other players.

wasnt going to play much anyway but way to screw up his life and for what ?
Likes: onevol74, albedo33, ptcarter and 3 others
R

Was he a Pruitt recruit?
V

Those are both misdemeanors in TN.
Likes: Smokebern20, 08Vol, livefaith and 1 other person

ricepatty said:
Was he a Pruitt recruit?
Click to expand...
No

Tennessee Vols running back Tim Jordan arrested with loaded gun, marijuana, police say
Click to expand...
stupid stupid. i hope this young man gets his crap together
Likes: norrislakevol, Vol524, beamerman and 2 others

I think we are in the "If you can't be a good example, you can, at least, be horrible warning " territory. l'il weed is one thing...a gun. Jackpot!
Likes: Vol524, Armorvol and TC 83

Not a good look for the young man
Likes: Rockyjr

ButchPlz said:
Don't think we'll need threads pontificating if he'll be back like certain other players.

He gone.
Click to expand...
With just weed...probably back soon; with the gun charge...you are exactly right! Strange to me how folks will carry a gun without a permit as easy as permits are to get.
Likes: coffeecountyvol, Vol524, VolForLife83 and 2 others

Velo Vol said:
Tennessee is back.
Click to expand...
Not until its first stringers ala UF under Urban.... 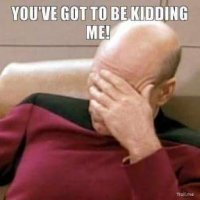 Is this serious? Absolutely.

VolGee4 said:
Those are both misdemeanors in TN.
Click to expand...
Article says he had 20g or less of marijuana. Depending on how close to 20g, the charge could be a felony.

VolGee4 said:
Those are both misdemeanors in TN.
Click to expand...
But not in Florida where the dumb@$$ was arrested...
Likes: Offset Eye and ABINGDON VOL FAN
C

Oops.
Sigh.
Hopefully, he will get through this and can recover.
Likes: TrumpedUpVol and Tennesseefan2019
V

VolsFan-TX said:
Article says he had 20g or less of marijuana. Depending on how close to 20g, the charge could be a felony.
Click to expand...
The other thread said 9.25 grams. That’s a misdemeanor. Unlawful possession of a firearm is a misdemeanor in TN. Actually, you can legally have a gun in your vehicle without a permit.
Likes: 37620VOL, Vol524 and 08Vol

peerless98 said:
With just weed...probably back soon; with the gun charge...you are exactly right! Strange to me how folks will carry a gun without a permit as easy as permits are to get.
Click to expand...
I agree, I mean come on if it was just the bud who really cares i mean it's just a plant 😀
But the gun that's tough, I don't know Floridas gun carry laws but in Tennessee it's now indeed easier than ever to get a permit
Likes: Tennesseefan2019

lucky he wasnt charged with intent to deliver too
C

VolGee4 said:
Those are both misdemeanors in TN.
Click to expand...
When you have little baggies that usually means “with intent to resale”
Likes: VolsnRavens and Vols All Day

Well it won't take long for the rest of the sport sites to run this story for days on end.
My guess with the gun charge he will be gone.
New posts
You must log in or register to reply here.
<< Tennessee Vols Football Forum
Share: Facebook Twitter Email Link