It seems like he hasn't gotten much of the crowd on his side since black has shown up.
Likes: VolInNorthCack

What a show. That may be the best pro wrestling television event I have ever seen. That was like a mini-ppv.

The only thing I have a beef about is that I'm just not that sold on Ruby Soho. She's decent, but man did she botch some stuff. She's not fluid either. Everything seems forced with her and it seemed like she was having a hard time keeping up. It's a good thing that Britt is the best in world right now and could carry her some.
Likes: Bassmaster_Vol and volinsd

I thought the same about Ruby kind of missing some stuff. I do however love how she sells when she gets hit.
J

There are rumblings that AEW is fixing to introduce a secondary women's title.

Homicide shows up on Rampage!!

VolInNorthCack said:
I hate it lol
Click to expand...
Gets randomly stuck in my head and now I've just embraced it lol
Likes: VolInNorthCack

JohnnyD1024 said:
There are rumblings that AEW is fixing to introduce a secondary women's title.
Click to expand...
Trios titles should be top priority
Last edited: Sep 23, 2021
Likes: VolInNorthCack and JCHateSteve
J

JohnnyD1024 said:
There are rumblings that AEW is fixing to introduce a secondary women's title.
Click to expand...
It sounds like the TBS championship is coming to AEW
Likes: VolInNorthCack

UTK said:
Trios titles should be too priority
Click to expand...
I've been hoping for that one since day 1.
Likes: VolInNorthCack

Gonna get to Dynamite this evening. Sounds like it was awesome.

Just finished NXT. The set looked slightly better. Good night in ring again. I'm kind of perplexed as to why they won't let "Braun Breaker" use the family wrestling name. That kid couldn't be any more a Steiner if he had 141 2/3 tattooed on his forehead.
Last edited: Sep 23, 2021
Likes: b_gann, zjcvols, VolInNorthCack and 1 other person

Is rampage filmed before or after Dynamite? Anybody know?

VolInNorthCack said:
Is rampage filmed before or after Dynamite? Anybody know?
Click to expand...
I would guess before so the fans aren't spent for Dynamite.
Likes: JCHateSteve

Notorious B.E.N said:
I would guess before so the fans aren't spent for Dynamite.
Click to expand...
Watching it now. It's gotta be before.
J

Rampage was filmed after Dynamite, They filmed Dark Elevation before Dynamite.

JohnnyD1024 said:
Rampage was filmed after Dynamite, They filmed Dark Elevation before Dynamite.
Click to expand...
I'm impressed the crowd still had that much energy.
Likes: Bassmaster_Vol

They seemed a little dead in the Hobbs vs. Punk match. But could have just been the audio.

VolInNorthCack said:
They seemed a little dead in the Hobbs vs. Punk match. But could have just been the audio.
Click to expand...
I chalked it up to Hobbs being on top most of the match.

They seemed to be up for the trios match. Which I thought was the match of the night.
Likes: VolInNorthCack

UTK said:
I have fallen back in love with pro wrestling. Thanks AEW
Click to expand...
Same here. It was fun for a bit when Punk, Rock and Cena were all active there for a bit. AEW has brought back my love for wrestling. It just feels right listening to Tony, JR, etc. It's also unreal that Sting still looks like a real pro wrestler at his age.
Likes: JCHateSteve and VolInNorthCack
J

Two years ago Adam Cole and Bobby Fish both wrestled on the first NXT that went head to head with Dynamite. And now two years later they're are both wrestling on Dynamite's anniversary show tomorrow night.
Likes: JCHateSteve 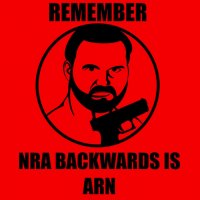