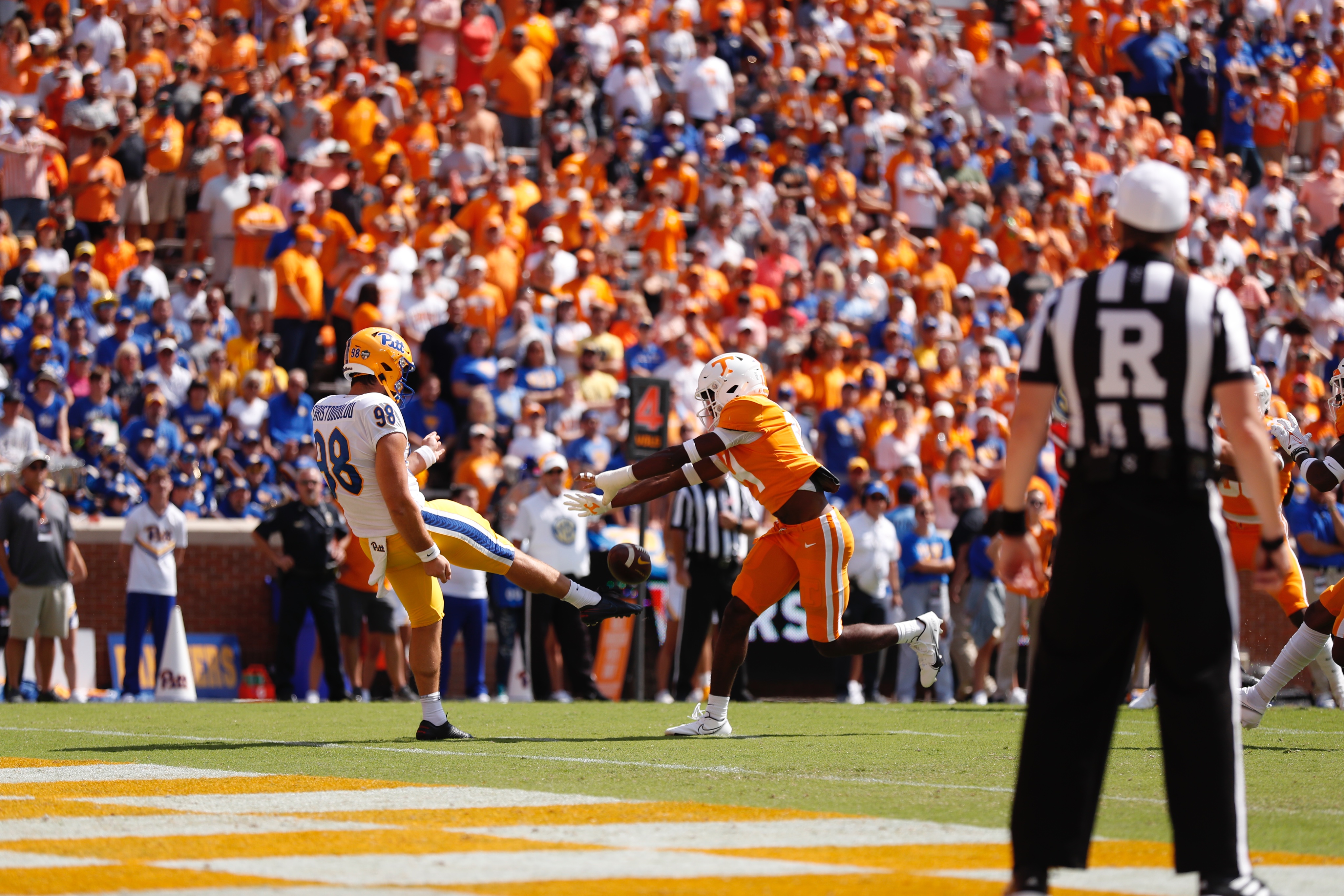 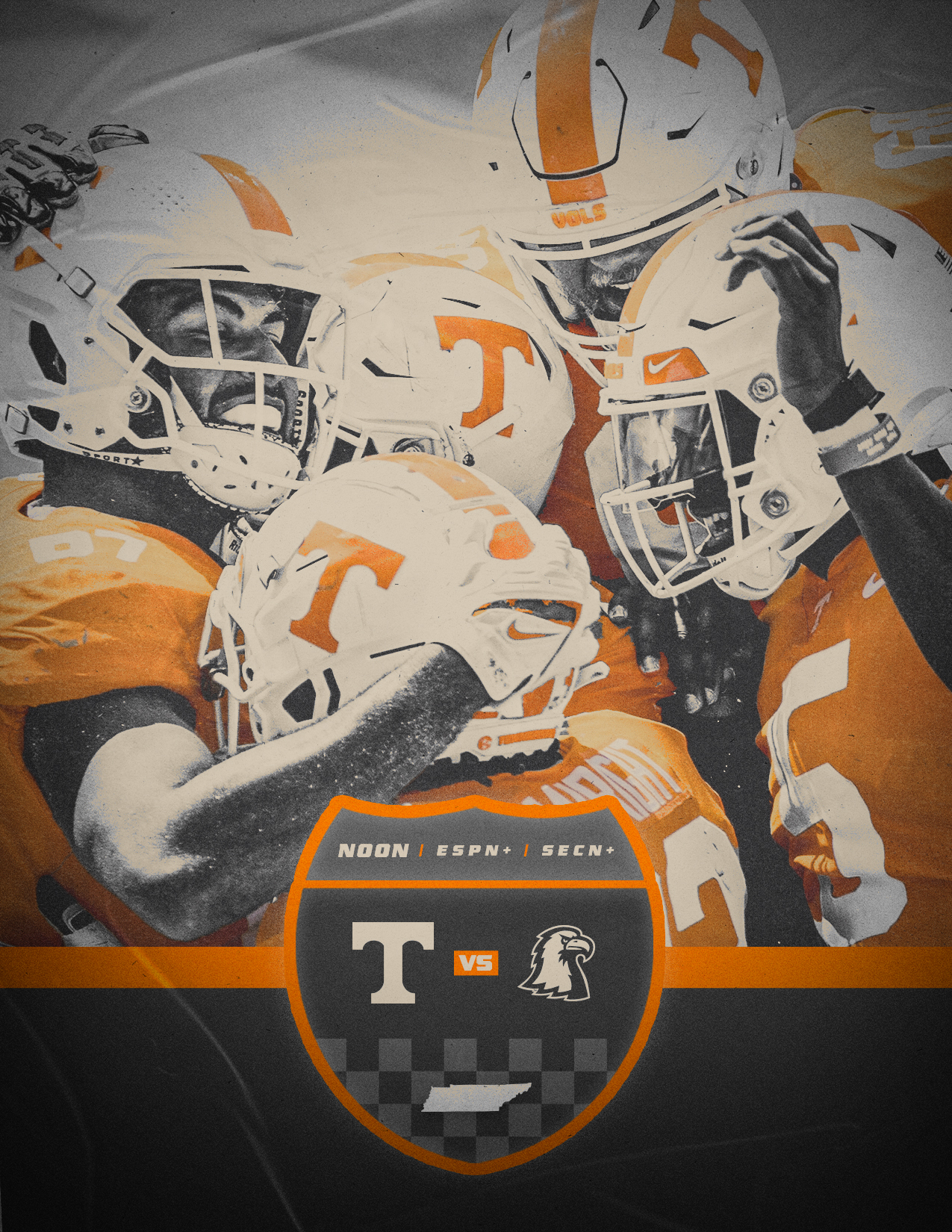 Tennessee seeks to bounce back after dropping a 41-34 thriller to Pitt in the Johnny Majors Classic last Saturday in Neyland Stadium. Despite a rash of injuries that saw its starting quarterback (Joe Milton III) depart to injury in the second quarter, its top two running backs out (Tiyon Evans, Jabari Small) and it starting center out (Cooper Mays), the Vols nearly rallied from a 14-point deficit in the fourth quarter. RS senior quarterback and Virginia Tech transfer Hendon Hooker came off the bench to complete 15-of-21 passes for 188 yards and two scores, while rushing nine times for 49 yards. He led Tennessee to its final 21 points, including a 44-yard catch-and-run to Jimmy Calloway in the second quarter. The Vols finished with 374 yards of total offense and notched 10 tackles for loss defensively.
Likes: VolinMC, knoxvol16, FïreBall and 1 other person

Tennessee is celebrating its 125th season of football and the 100th year of Neyland Stadium, Shields-Watkins Field. The Volunteers began playing football in 1891. Thirty years later, Shields-Watkins Field opened on Sept. 24, 1921, with 27-0 win over Emory & Henry. Visit Neyland100.com for more information. The Vols own a 474-139-17 record all-time in Neyland Stadium.
Likes: VolinMC, knoxvol16, FïreBall and 1 other person

Tennessee and Tennessee Tech have met six times with the Vols coming away victorious in all six meetings. The only other program that UT has played six or more times without losing is Southern Miss (6-0).

The last meeting between the Vols and Golden Eagles came on Nov. 5, 2016. UT piled up 471 yards of total offense while holding Tennessee Tech to just 224 total yards in a 55-0 shutout. Four of UT's previous six meetings with the Golden Eagles have resulted in shutout wins.
Likes: VolinMC, Volfan1000, knoxvol16 and 2 others

Tennessee Tech enters Saturday's game still searching for its first win of the season after losing to Samford (52-14) and Furman (26-0) to open the year. The Golden Eagles are led by fourth-year head coach Dewayne Alexander, who is 9-23 since taking over the program.

TTU has played two quarterbacks this season with Davis Shanley and Willie Miller splitting snaps. Shanley has had more success so far with 219 passing yards and one touchdown pass. Junior running back David Gist leads the ground attack with 104 yards and a touchdown on 26 carries.

Junior linebacker Seth Carlisle leads the team with 17 tackles while freshman defensive lineman Devin Squires has been the Golden Eagles' top pass rusher with 2.5 tackles for loss and one sack. Redshirt junior defensive back Josh Reliford leads the secondary with 16 tackles and three pass breakups.
Likes: VolinMC, Volfan1000, knoxvol16 and 1 other person

Does anyone know if the SEC Network+ feed also fall to an SEC alternate channel on Comcast? There is currently nothing listed for those channels at noon.
Likes: DeltaVol05

First of his name

Watch Milton just drop bombs this game, then overthrow everyone against Florida again….
Likes: catss350, lilesrt, govols105 and 2 others

Wonder how fast this thread will move since it's streaming.
1 View timing will be very different and probably by a bigger gap this time
2 People don't seem to be able to grasp how to watch it online😂
GBO

Tman44 said:
Does anyone know if the SEC Network+ feed also fall to an SEC alternate channel on Comcast? There is currently nothing listed for those channels at noon.
Click to expand...
It is online/streaming only

The Tennessee shade of Orange

VolBricks said:
We better outscore this team in the second quarter............
Click to expand...
Talk about bare minimum expectations lol