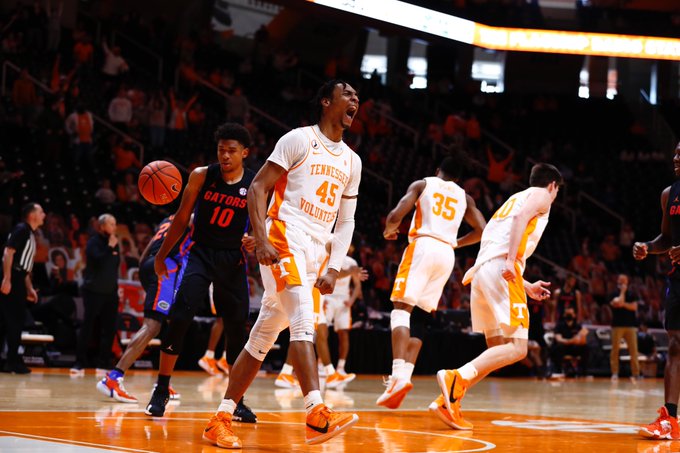 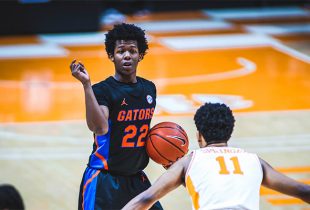 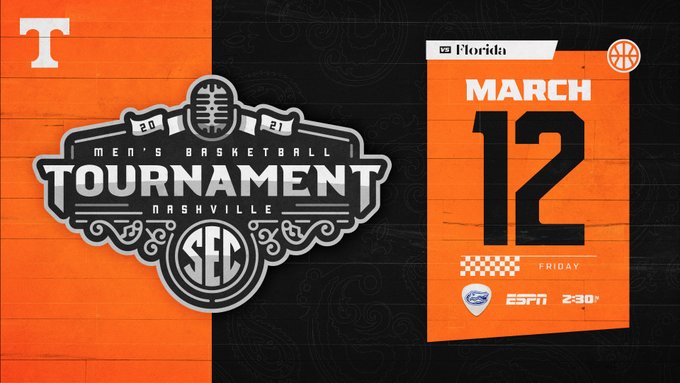 • Tennessee leads the all-time series with Florida, 78-58, dating to 1927.
• The Vols own a 4-4 all-time SEC Tournament record vs. Florida.
• UT has won five of its last six games vs. Florida. Over those six games, neither team has reached 80 points.
• The Vols and Gators have met only once in Nashville, with Tennessee logging an 80-74 overtime win the 1984 SEC Tournament.
Likes: TrumpedUpVol, ATC_VOL, Volfan1000 and 1 other person

• Tennessee has advanced to the championship game in each of the last two (fully contested) SEC Tournaments.
• The Volunteers last won the SEC Tournament in 1979.
• The Volunteers are 17-9 all-time at Bridgestone Arena, including a 9-8 mark in SEC Tournament games.
• Friday's game will be Tennessee's second in 13 days.
• The freshman duo of Johnson and Springer have accounted for 42.8 percent of Tennessee's scoring over the last eight games.
• During SEC play, Tennessee led the league in turnover margin (+2.6) and assist/turnover ratio (1.1) from start to finish.
Likes: Volfan1000 and cobbwebb0710

• According to KenPom, the Vols rank fourth in the NCAA in adjusted defensive efficiency, allowing only 87.5 points per 100 possessions. College teams typically average close to 70 possessions per game.
• Tennessee ranks 21st in the NCAA in scoring defense, allowing just 62.7 points per game.
• Only once this season has a Tennessee opponent scored 80 or more points. That was Georgia, in a game the Vols won, 89-81, on Feb. 10.
• The Vols are forcing 15.7 turnovers per game and converting those turnovers into 17.2 points per game.
• Tennessee has forced 18 of 24 opponents to turn the ball over on 20 percent or more of their possessions. The Vols are forcing opponents to turn it over 22.9 percent of the time this season.
• Yves Pons has at least one block in each of UT's last seven games. Since the start of last season, he has 109 blocks in 54 games.
Likes: TrumpedUpVol and cobbwebb0710

golfballs said:
We gone whip they ass
Click to expand...
missed the f but feelin it bro
C

Florida makes me nervous because they played tonight. Hope they are cold from the floor tomorrow and we bring our A game on defense.

Vandy got them winded today. We will be fresh.

Hope we have a couple of players to catch fire and score. Tn cant have scoring droughts that they are famous for.
R

I'm not glad they beat us the first game, but I'm glad we beat them once already.
It's virtually impossible to beat the same opponent 3 times in a season.
J

The rest of them will fold up like cheap seats.
Likes: aWhiteLoftonChism
J

The rest of them will fold up like cheap seats.
Click to expand...
Sounds like a plan. Let's hope the Second Half Vols show up, and UT wins TWO IN A ROW for a change; which They haven't done since the 8th grade picnic. (actually in about a month).

Off topic, but funny:

Worried about this one.
Likes: NATHAN05 and LibertyVol

YankeeVol said:
Tennessee leads the all-time series with Florida, 78-58, dating to 1927.
Click to expand...
Seems like a good score prediction to me!
Likes: YankeeVol

Yes...... I would Certainly appreciate a good ole butt whippin given to the gators

Love tournament time but also hate that games get played in the middle of the day. I did move meetings around for today though lol
Likes: ATC_VOL