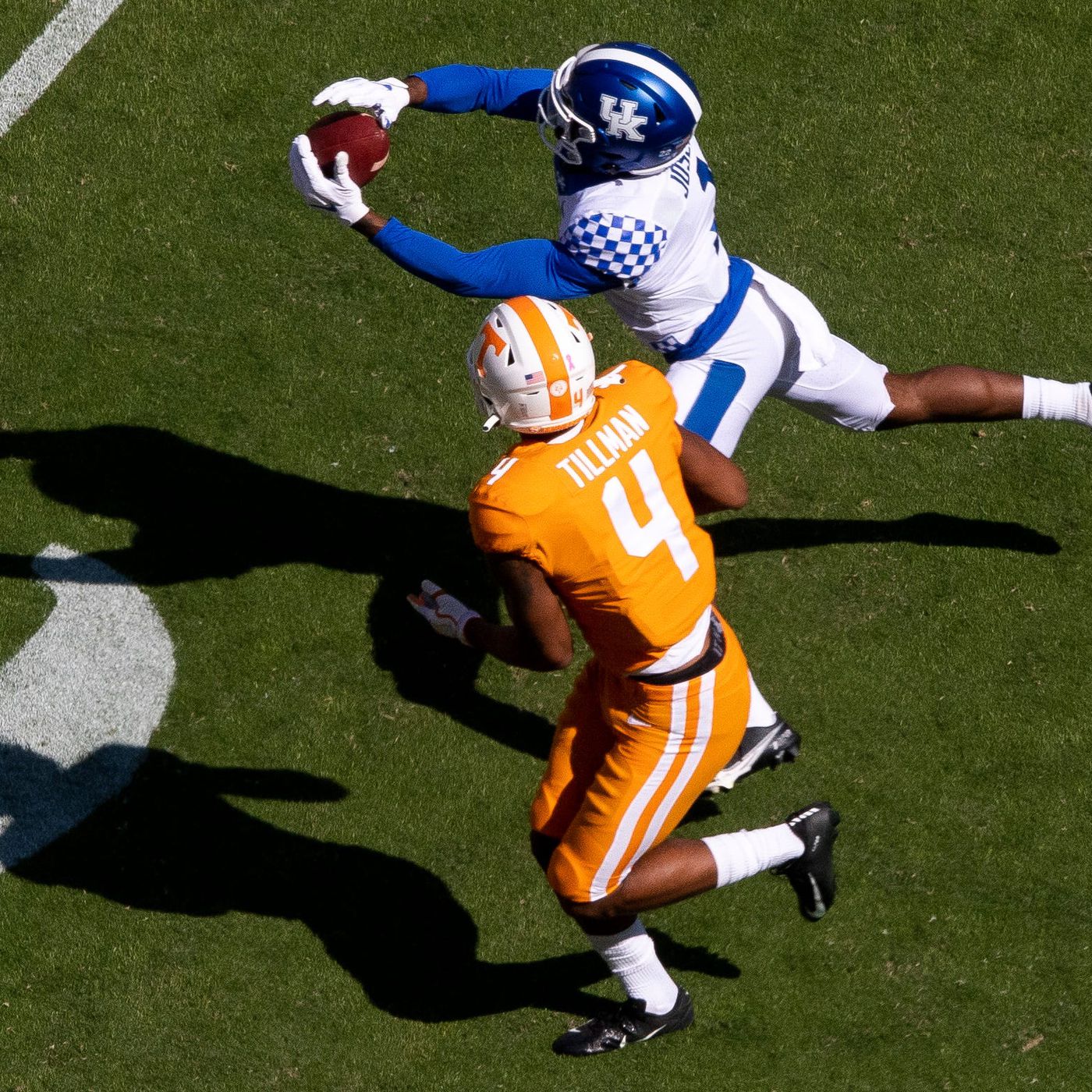 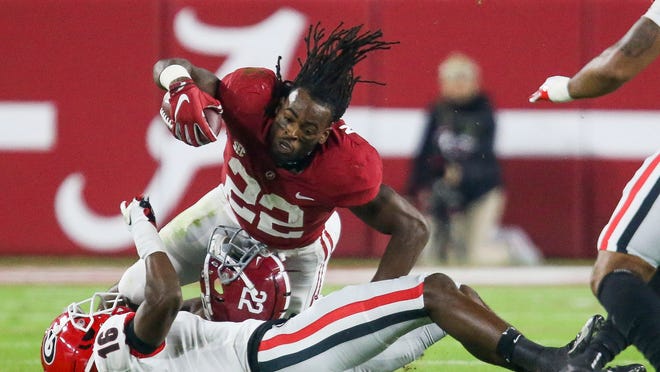 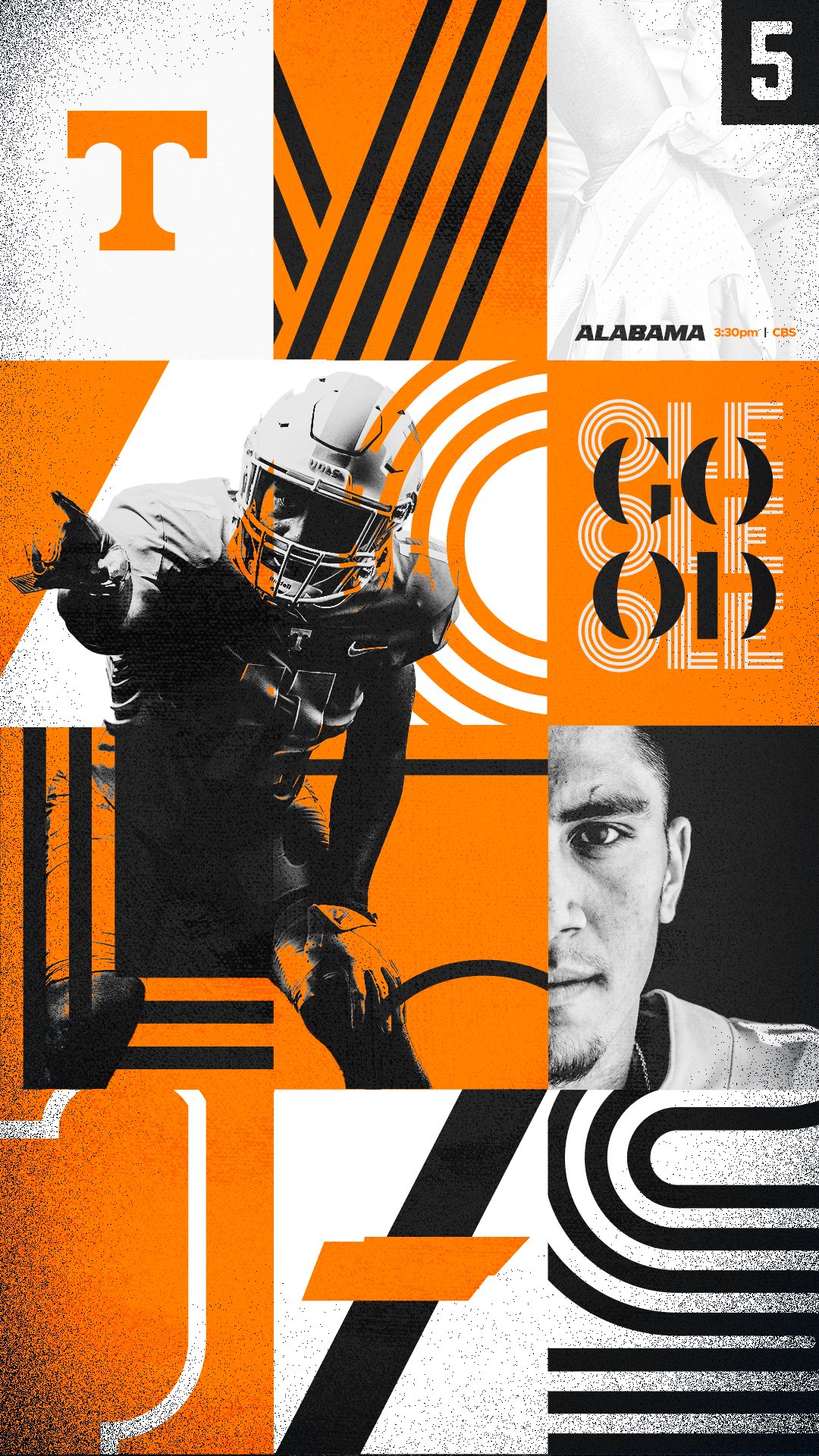 Tennessee will look to spring the upset and snap a 13-game losing streak to Alabama on Saturday afternoon. The Vols' last win over the Crimson Tide was a 16-13 victory in Knoxville on Oct. 21, 2006. A Tennessee win would also snap Alabama's 93-game win streak against unranked opponents.

The Fourth Saturday in October

Tennessee's annual cross-division rivalry game against Alabama is usually played on the "Third Saturday in October". However, due to the revised schedule this season, the Vols and Tide will meet on the fourth Saturday in October this year, marking the first time the two teams haven't played on their traditional weekend since 2015 (game played on Oct. 24). The two programs will meet for the 103rd time on Saturday.
Likes: FïreBall and PulaskiVolFan

After a freshman All-America campaign last season, sophomore Henry To'o To'o is playing as well as any linebacker in the SEC in 2020. The Sacramento, California, native leads the team in tackles with 31, including a career-best 11 at No. 3 Georgia two weeks ago. He ranks 12th in the SEC in tackles and has produced 5.0 tackles for loss, which is tied for second in the conference.

In the season-opening win at South Carolina, he recorded his first career interception and returned it 32 yards for a touchdown. He is one of five FBS linebackers with a pick six this season. To'o To'o ranked second among SEC freshmen last season with 72 tackles, a mark that also ranked fourth nationally among FBS freshmen.
Likes: marcusluvsvols, FïreBall and PulaskiVolFan

Gray Shining as a Sophomore

Sophomore running back Eric Gray has proven to be one of the top backs in the country over the last six games. The 2020 TaxSlayer Gator Bowl MVP, Gray has produced seven touchdowns (6 rush, 1 receiving) and 630 yards rushing in the last six contests. He's tallied two 100-yard games this season, including a season-high 128 yards on 24 carries last Saturday against Kentucky.

Gray ranks sixth in the SEC in total rushing yards this season with 298, and he is seventh in the league in rushing yards per game at 74.5. The Memphis native has three career 100-yard rushing games and is averaging 105.0 yards per game on the ground over his last six games dating back to 2019.
Likes: marcusluvsvols and PulaskiVolFan

Tennessee is giving up 362.0 yards per game defensively, which ranks fifth in the SEC, and the Vols boast the second-best pass defense in the league at 213.2 yards per game. UT has surrendered the fewest passing touchdowns in the conference this season with four, and have recovered four fumbles, which ranks second in the SEC. UT is also tied for first in the league with 24.0 tackles for loss and has scored two defensive touchdowns this season, which is tied for third nationally.
Likes: FïreBall and PulaskiVolFan

Redshirt junior QB Mac Jones has put up huge numbers so far this season. The Florida native leads the conference and ranks second in the nation in passing yards per game (379.5) after throwing for more than 400 yards in each of the past three games. Jones' 12 passing touchdowns are second in the SEC and seventh nationally. Wide receivers Jaylen Waddle (139.3) and DeVonta Smith (120.8) both rank in the top 10 nationally in receiving yards per game, coming in at fourth and seventh, respectively. Senior RB Najee Harris enters Saturday's contest as the SEC's leading rusher at 124.8 yards per game and leads Alabama with 11 touchdowns this season.

While extremely talented, Alabama has had some subpar performances defensively this season, ranking seventh in the conference in scoring defense (28.8 ppg) entering the weekend. Senior LB Dylan Moses leads the team with 37 tackles and 4.5 tackles for loss. Freshman DB Malachi Moore is tied for the team lead with two interceptions and three pass breakups.

Nick Sagan is about to shove the football straight up our ass. Go vols.

You win this game by running the football and the clock! Keep their offense off the field as much as possible and never punt unless you absolutely have to.
Likes: malinoisvol, PulaskiVolFan and joevol33

Has JG turned the ball over yet?
Likes: MadWorld, tbh, lifeVol and 10 others

I forecast that there will be pain, angst, humor and glee (though glee on the positives and the negatives) during the next 30 hours. All witnessed by this thread. Be professional, kind and a true VFL (whatever that means to you) while posting! GBOV (God Bless Our Vols!)
Likes: lifeVol, malinoisvol and PulaskiVolFan
B

I used to look forward to this game like Christmas morning. Now, it's more like a trip to the dentist, and I just want to get it over with.
Likes: VOLstuckinKY2, djohnnyg, LakeMaryFLVol and 6 others

Someone is about to get punked.

Pick up your balls and load up your cannon

UT O-line better live up to their hype today or JG will have another terrible day.

I will be watching and hope Tennessee can play the perfect game!
H

48 As the Philistine moved closer to attack him, David ran quickly toward the battle line to meet him. 49 Reaching into his bag and taking out a stone, he slung it and struck the Philistine on the forehead. The stone sank into his forehead, and he fell facedown on the ground.
Likes: MemphisVol77, A.J. and jdhallvols

BowlBrother85 said:
I used to look forward to this game like Christmas morning. Now, it's more like a trip to the dentist, and I just want to get it over with.
Click to expand...
As a dentist, that hurts my feelings. Lol
Likes: BowlBrother85 and Proud Army Wife

What's everybody wearing today just in case we meet up in prison?