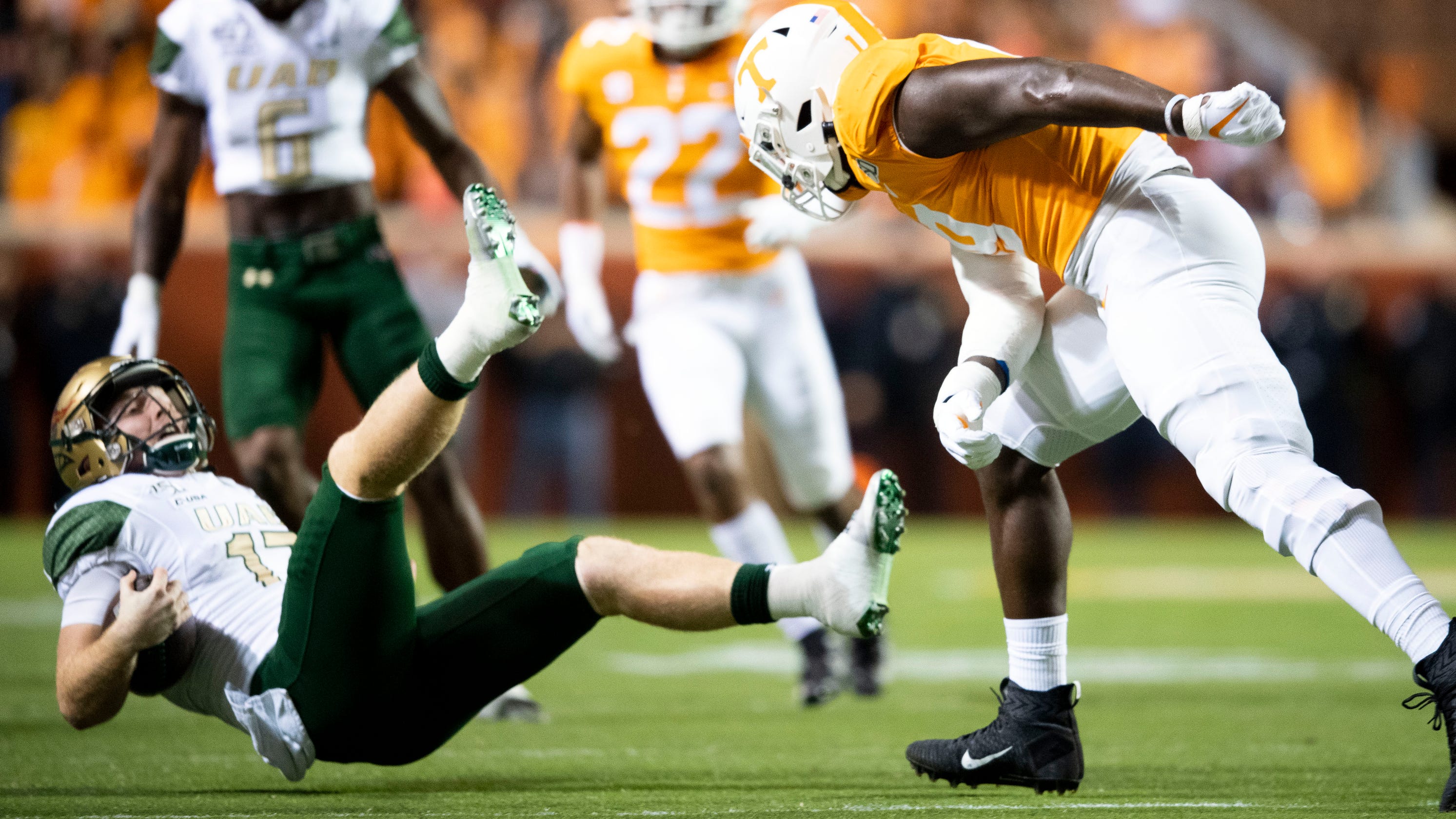 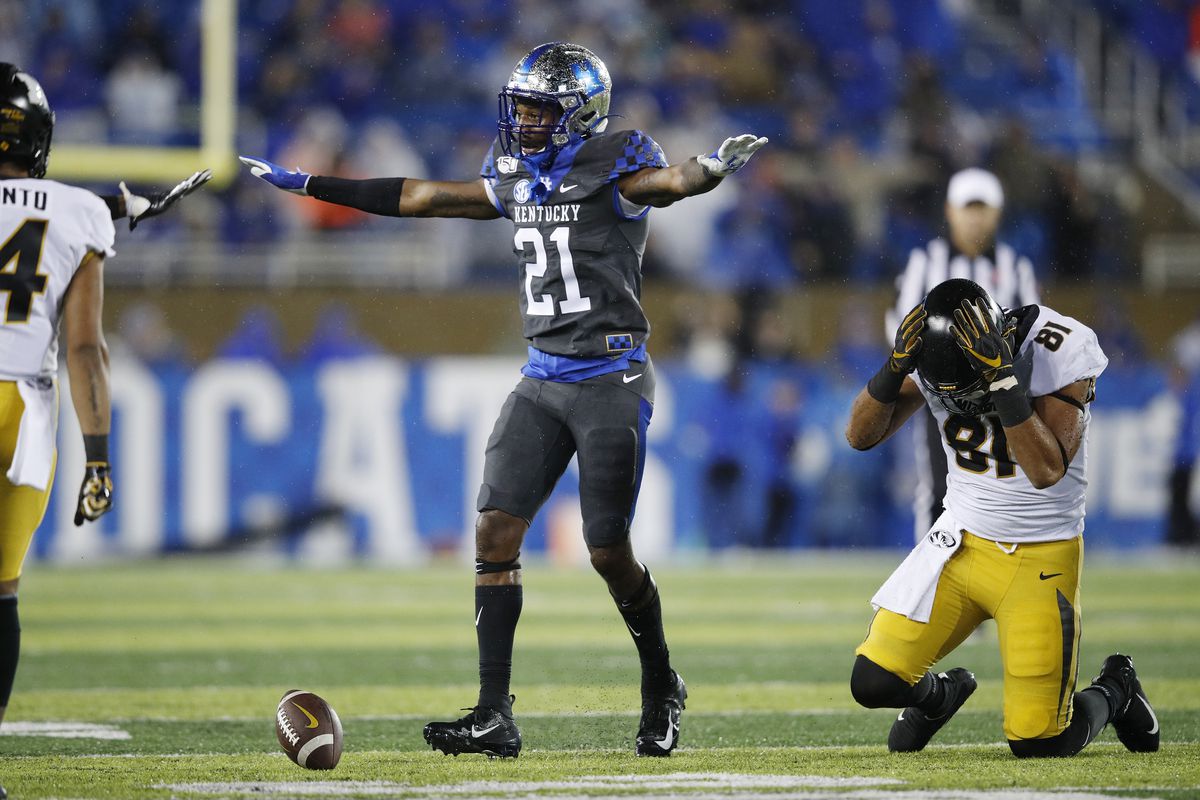 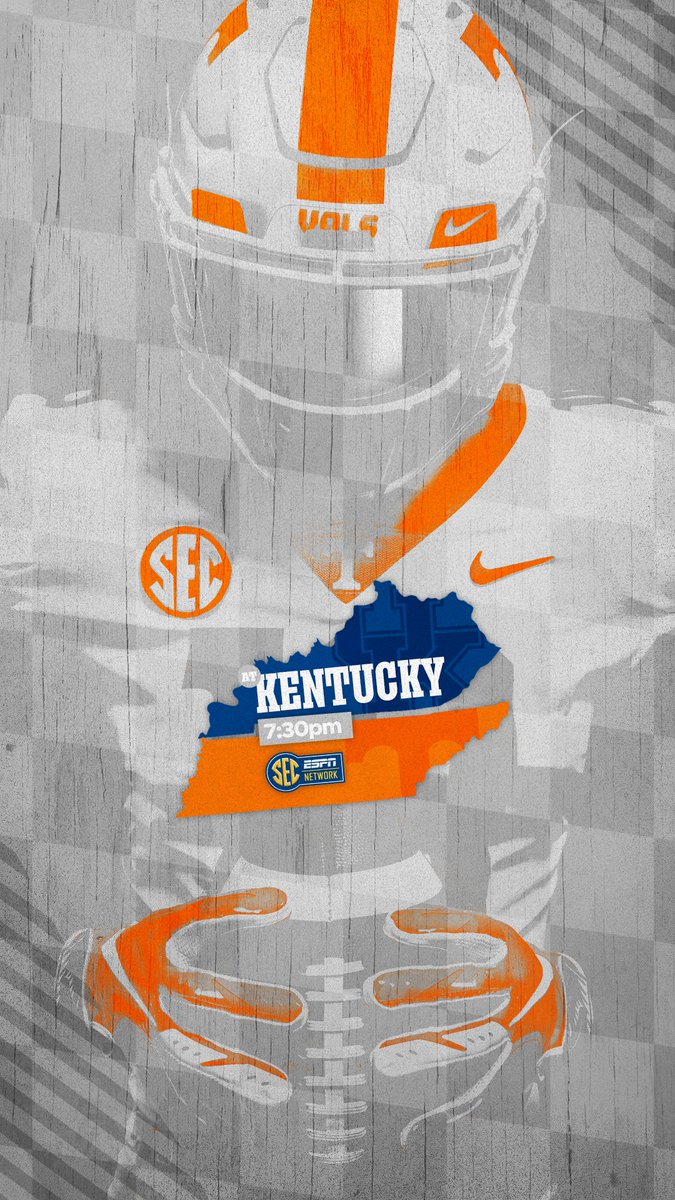 Jauan Jennings continues to climb the program ledger. The redshirt senior wideout has recorded at least one touchdown in each of the Vols' previous three outings and has racked up significant yardage while doing it. The Murfreesboro, Tenn., native currently ranks sixth in total receptions, ninth in career receiving yards (1,906), and is tied for ninth with 17 touchdown receptions. He leads the Vols with eight touchdowns, his most recent trip to the endzone was on a 2-yard push, the first rushing TD of his career, and also paces UT with 722 receiving yards and 47 receptions.

In week eight, Jennings was named the league's Co-Offensive Player of the Week after scoring a pair of touchdowns and tallying 174 receiving yards against South Carolina. His yardage against the Gamecocks was the most by a Tennessee player since 2012 and the most in an SEC game since 2010. He also became the first Vol to amass more than 150 yards receiving and two touchdowns against and SEC opponent since Donté Stallworth had 169 yards and three receptions at Kentucky on Nov. 17, 2001.
Likes: xtremevolfan, malinoisvol, Ty4Vols and 5 others

The Vols-Wildcats series is the program's longest standing matchup dating back to 1893. Saturday's contest will mark the 115th iteration with UT holding an 80-25-9 advantage in the series. Tennessee has beaten Kentucky more than any other team and is 37-15-3 record in Lexington.

Last time out, led by linebacker Darrell Taylor's four-sack performance, the Vols routed No. 11 Kentucky, 24-7 on Nov. 10, 2018 in one of the top victories of Jeremy Pruitt's inaugural season.

Despite having a significant edge in the all-time series, the Vols look for their first victory at Kroger Field since 2015. In its last visit to the Bluegrass State in 2017, the Orange and White were bolstered by four fumble recoveries and running back Ty Chandler's 120-yard rushing and two-touchdown performance, but ultimately fell 29-26.
Likes: xtremevolfan, malinoisvol, spyfish007 and 3 others

Kentucky (4-4, 2-4 SEC) is coming off of its second bye week of the season and the contest with UT closes a two-game homestand for the Wildcats.

Led by head coach Mark Stoops, now in his seventh season, UK will return to the field for the first time since a lopsided 29-7 home victory against Missouri and has just one loss at home this season. Under Stoops, Kentucky holds a 40-43 record, and has either matched or exceeded the win total from its previous season.

UK has also allowed 24 points or less in 20 of its last 23 games and is tied for first in the FBS for fewest passing touchdowns allowed (four) while being explosive on the other side of the ball. The Wildcats rank sixth in the FBS and second in the SEC, for running plays of at least 20 yards (23).

A large part of their success on the ground is credited to converted junior quarterback Lynn Bowden, Jr., who shifted to play-caller from wide receiver for the past three contests due to injuries. A two-time SEC Offensive Player of the Week recipient, Bowden amassed 196 rushing yards and a pair of touchdowns against Arkansas and 204 ground yards and two touchdowns against Missouri, both UK victories.

Bowden, along with classmate Max Duffy, a punter, were named Midseason All-Americans by the Associated Press and ESPN. Duffy ranks second nationally in punting at 48.8 yards per punt and won the Ray Guy Award Punter of the Week in week five and week nine after surpassing his average on both occasions.
Likes: xtremevolfan, malinoisvol and RollerVol

Souce is an internet treasure 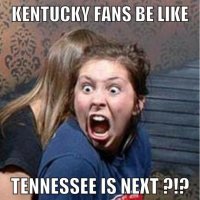 Pruitt to me one more time

Good morning Volunteers! I'm hoping whoever our qb is he distributes the ball to our men with grace and preciseness and that they can score with determination.

Pruitt to me one more time

chuckb1448 said:
Good morning Volunteers! I'm hoping whoever our qb is he distributes the ball to our men with grace and prociceness and that they can score with determination.

Go Big Orange!
Click to expand...
I hope whatever that is is a good thing!! 😝😝😝
Likes: chuckb1448 and RollerVol

Let's do this! Skin the Cats!
Likes: RollerVol