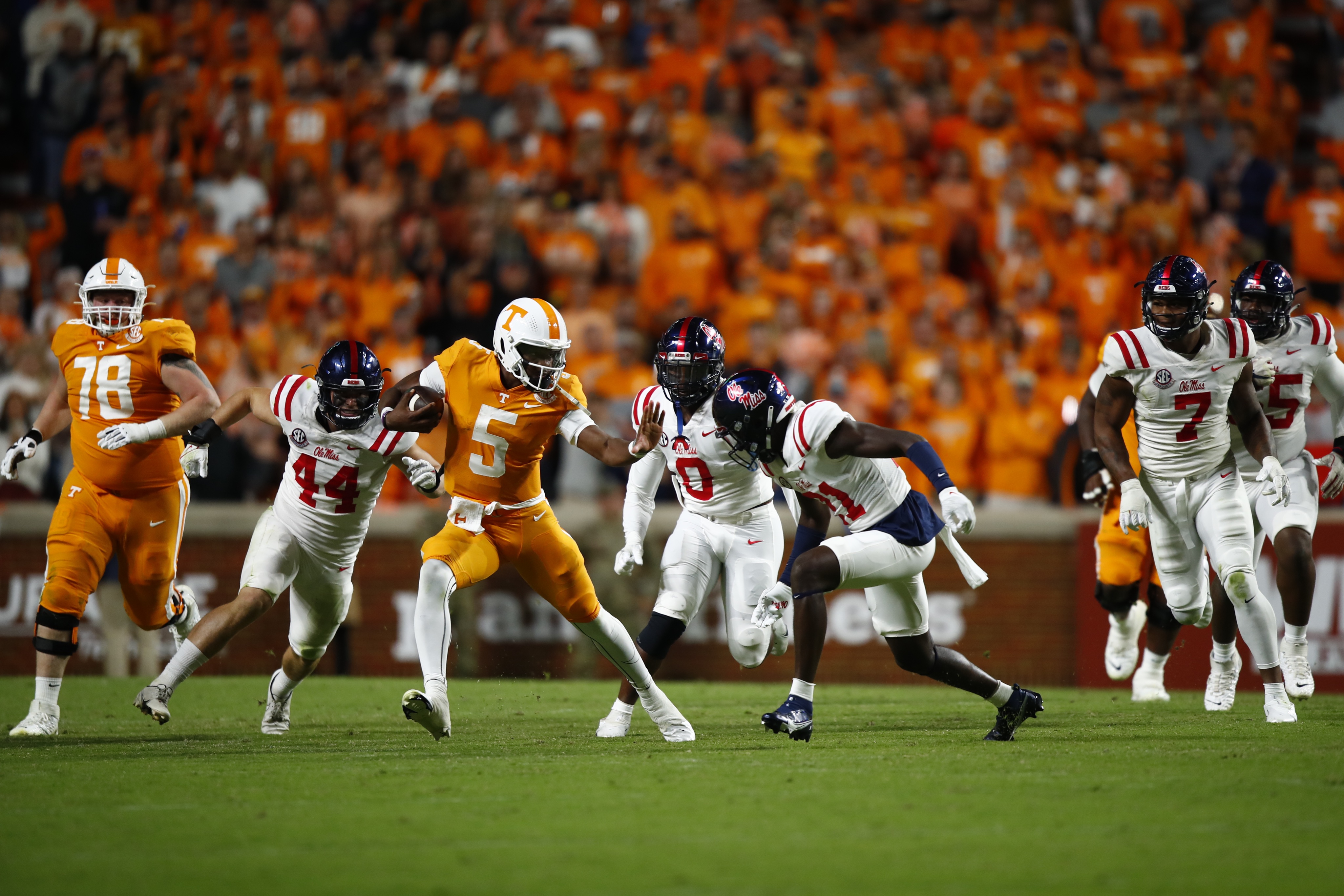 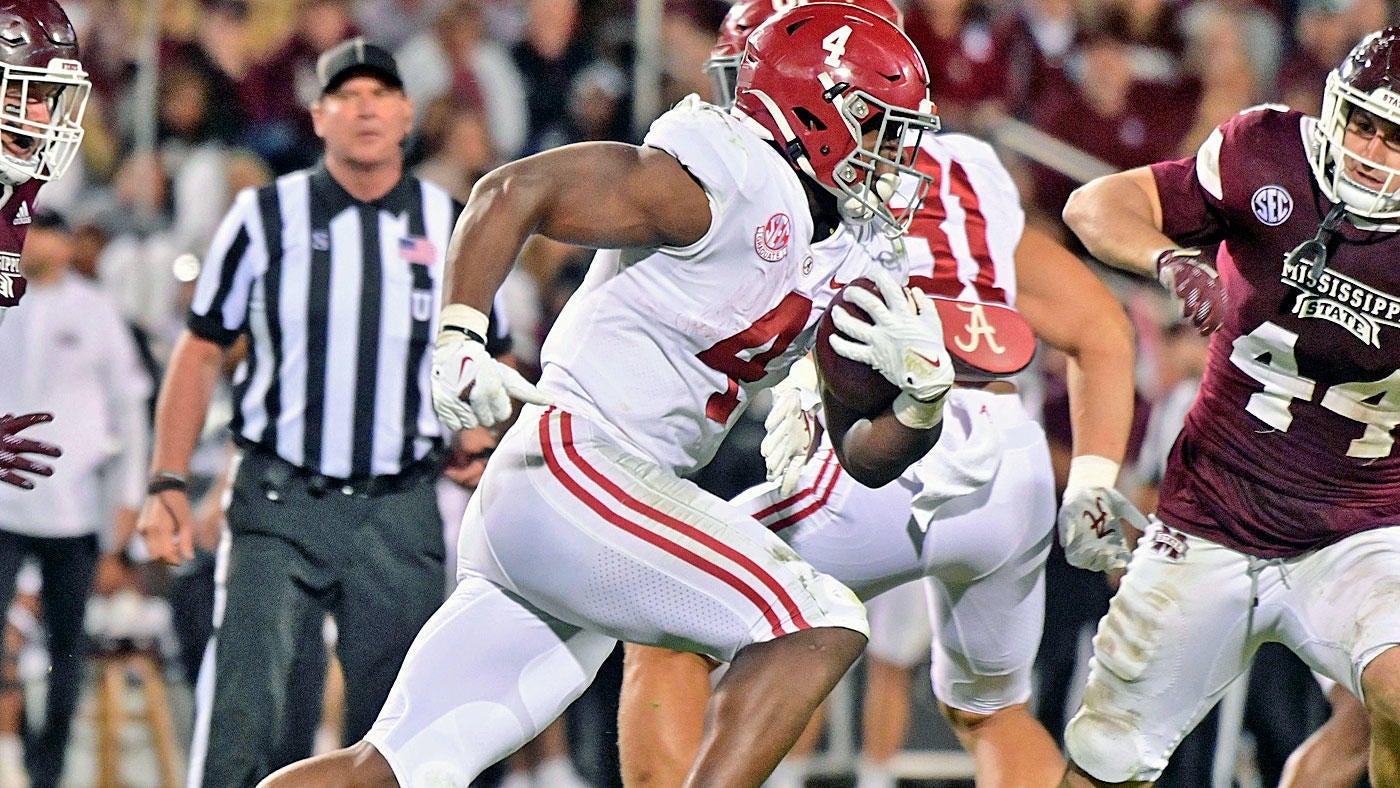 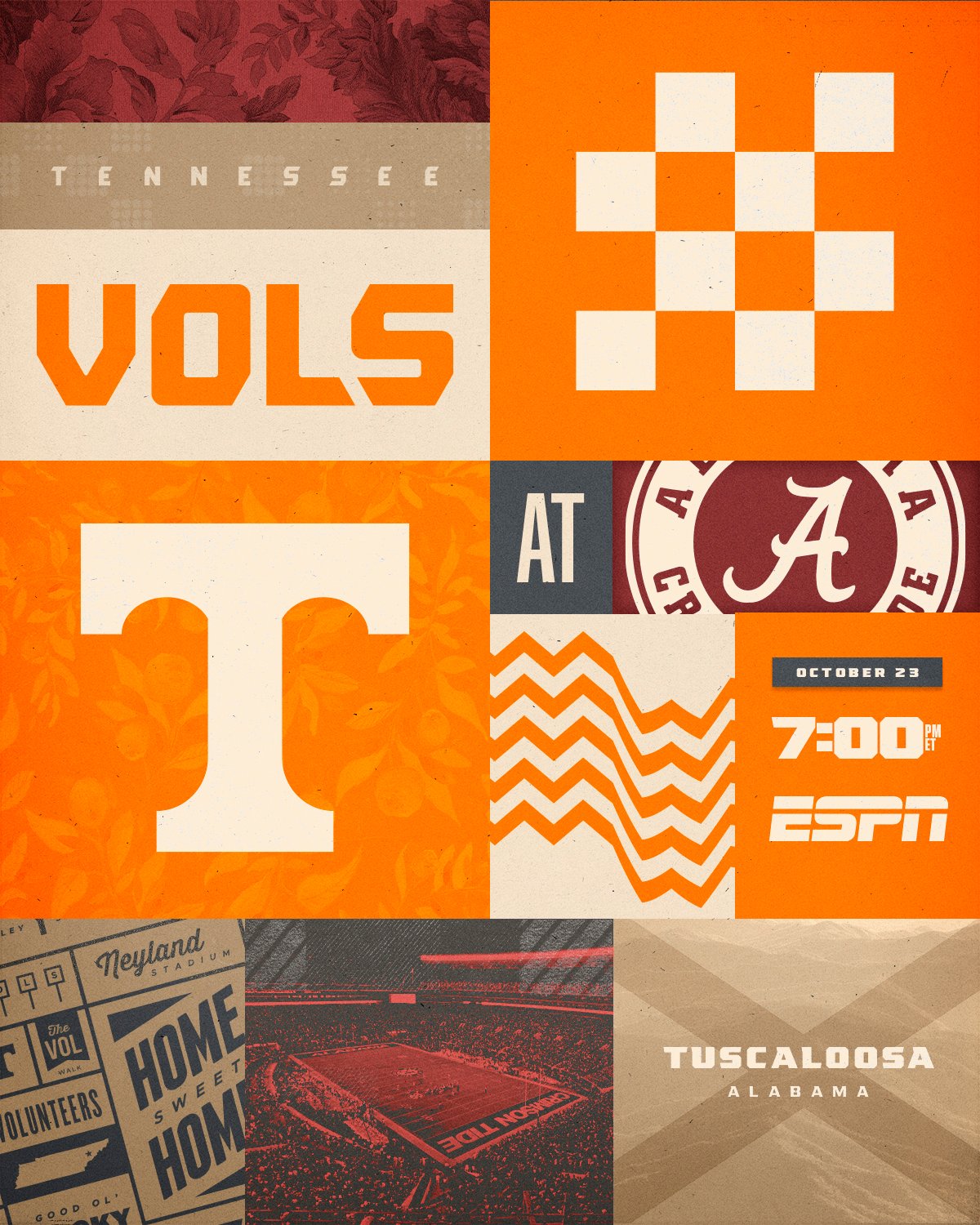 Creating Negative Plays
Tennessee has racked up 62.0 tackles for loss through seven games under new defensive coordinator Tim Banks. That tally leads the SEC, leads all Power Five teams and ranks second in the FBS behind Troy's 66.0. A total of 23 different players have at least 0.5 TFL so far, including 15 with multiple TFLs.

Redshirt junior linebacker Jeremy Banks leads the way with 9.0 for a loss of 37 yards. Banks is second overall in the SEC in that category and 11th in the FBS. Defensive back Theo Jackson ranks second on the squad with 6.5, which is tied for 16th in the SEC and tops among SEC defensive backs. The Vols have produced four games this season with double-digit tackles for loss, including 10 apiece in their last two games (vs. South Carolina, Ole Miss).

Wide Receivers Producing
UT's wide receivers are playing with confidence entering the Alabama game. The Vols already have three receivers with over 200 yards on the year. Graduate transfer JaVonta Payton, who came from Mississippi State, has caught a touchdown pass in four out of his last five games. He was the first Vol with a four-game TD catch streak since Josh Malone had five straight such games in 2016. Payton leads the Vols and ranks ninth in the SEC in touchdown catches with four.

At least 16 Tennessee players have at least one reception this season with 11 players having multiple catches. A total of seven players have caught a touchdown pass this year. Jalin Hyatt became the latest to join the party, hauling in a 3-yard pass to open the scoring against South Carolina on Oct. 9. Four players have multiple TD catches on the year.

Winning the Turnover Battle
After struggling to create turnovers in the first two games of the season, the Vols have been one of the SEC's best in the turnover department over their last five games, creating 10 takeaways (eight INTs, two fumbles). UT has committed just two turnovers in that span for a plus-eight margin. .

Big Play Vols
Tennessee has already hit on eight offensive plays of 40 or more yards from scrimmage this season, which ranks sixth in the SEC. By comparison, the Vols had only three the entire 2020 season (10 games). The Vols have produced 18 offensive plays of 30 or more yards, eclipsing its entire 2020 season total already (14 in 10 games). UT ranks third in the SEC in that category, trailing only Missouri (24) and Florida (21). In conference-only games, the Vols have connected on 12 30 or more-yard plays, which is tied with Florida for the SEC lead.

This is the SEC
The Vols are in the thick of a challenging four-game stretch against all ranked opponents. UT dropped a close game to then No. 13 Ole Miss last Saturday and now travels to Tuscaloosa to take on No. 4 Alabama. Following an open date next week, the Big Orange hit the road once again to take on No. 15 Kentucky before capping the brutal stretch with a home showdown versus top-ranked Georgia.
Likes: alavolfan, malinoisvol, VolinWayne and 5 others

Alabama is led by Nick Saban, who is in his 15th season with the Crimson Tide and has led the program to six national championships, the most recent coming last year.

Alabama enters Saturday's contest with one of the nation's top offenses, leading the SEC and ranking fourth nationally in scoring (45.0 ppg) while also ranking 12th in the FBS in total offense (482.6 ypg). The Tide are led by sophomore quarterback Bryce Young, who ranks second in the conference in passing yards, averaging 297.4 per game. Talented wideouts John Metchie and Jameson Williams have been Young's favorite targets, accounting for 1,067 receiving yards and nine touchdown catches. Redshirt senior Brian Robinson Jr. leads the Alabama rushing attack, ranking fourth in the SEC with 599 rushing yards to go along with eight touchdowns on the ground.

Defensively, Tennessee transfer linebacker Henry To'o To'o leads the team with 54 total tackles while sophomore linebacker Will Anderson Jr. leads the FBS with 15.0 tackles for loss and is tied for fifth nationally with seven sacks. Alabama's defense has picked off 10 passes and recovered two fumbles this season.
Likes: Enki_Amenra

HuntlandVolinColo said:
Game Uniforms announced:
View attachment 405332
Click to expand...
Why can I not give this a LOVE! ?
Likes: ftsandersvol, knoxchief, TennesseeTarheel and 1 other person

Jackcrevol said:
all day long!
Click to expand...
And the night before
Likes: Jackcrevol 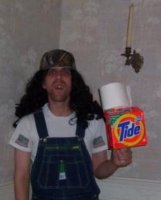 Interested to see how we respond. No expectations tomorrow, but I’d like to see some competitiveness
Likes: alavolfan and VOLnVANDYland

Hope they overlook us

Don't give a damn about the whole state of Alabama.

We're from Tennessee.
Likes: TennesseeTarheel, VAVol85, tbh and 6 others
W

Even with Hooker starting I’m throwing everything at them. Design plays to isolate their corners and tell our WRs to win 1v1s. We’re gonna have to earn everything we get and take some things along the way.

Win or lose at the end of the day make sure they know they just went to war with Tennessee and we’re not going away anytime soon!
Likes: Commish14, alavolfan, guido4198 and 6 others

volsforever27 said:
Don't give a damn about the whole state of Alabama.

We're from Tennessee.
Click to expand...
I can absolutely see CJH doing this
Likes: jarnol32

Would like to see one VOL running back catch Henry flat footed and absolutely truck his a$$. Kinda like Bill Bates and Hershel.
Likes: Commish14, alavolfan, CaliVol2009 and 2 others

montanatenn said:
Would like to see one VOL running back catch Henry flat footed and absolutely truck his a$$. Kinda like Bill Bates and Hershel.
Click to expand...
A healthy Evans can absolutely embarrass Toot toot
Likes: alavolfan, tbh, feathersax and 3 others
New posts
You must log in or register to reply here.
<< Tennessee Vols Football Forum
Share: Facebook Twitter Email Link