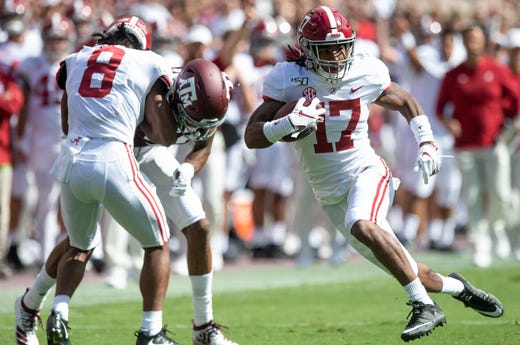 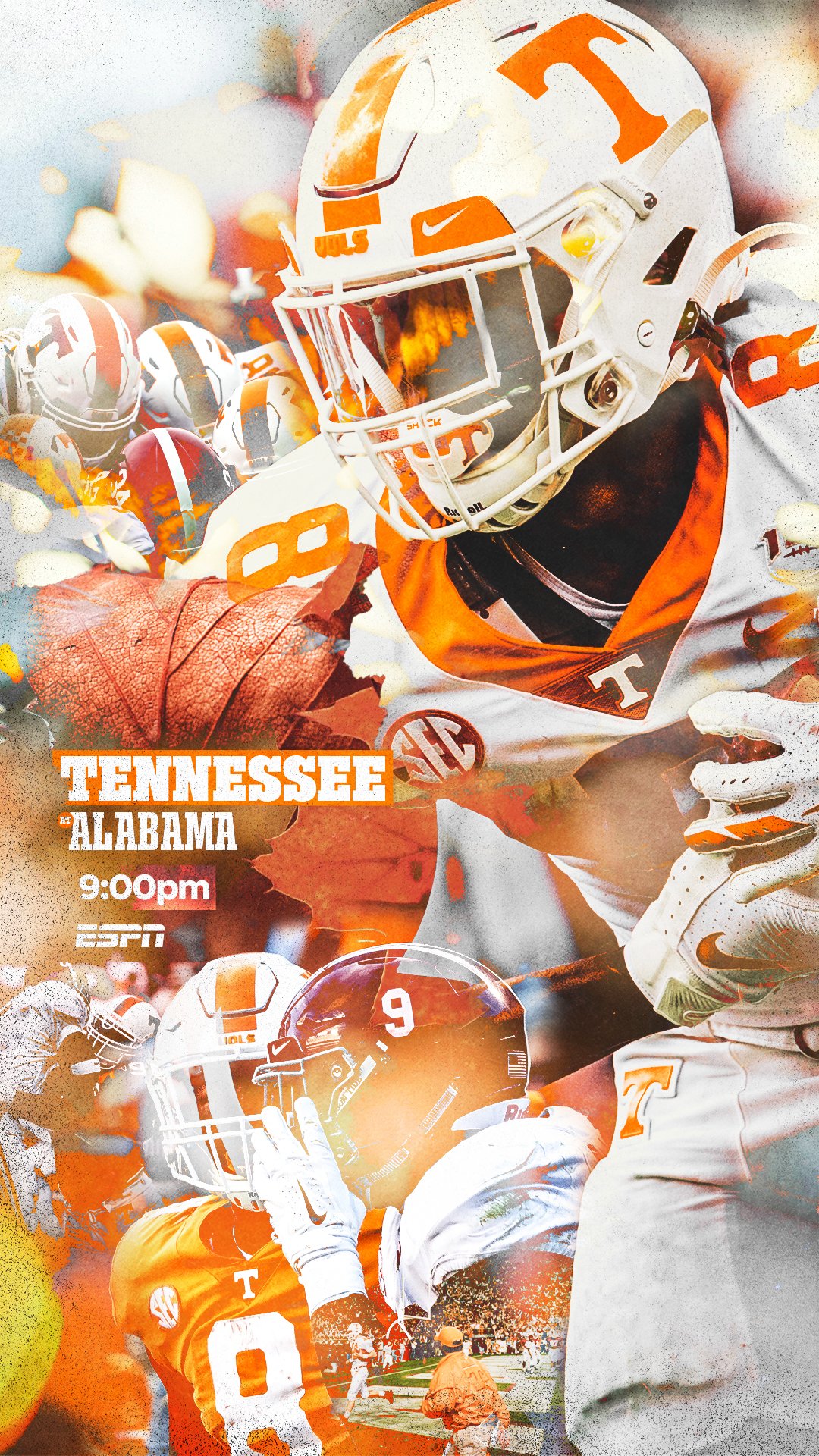 The Third Saturday in October

Tennessee and Alabama's rivalry is one of the most storied in college football, featuring some of college football's most iconic coaches and players. The series dates all the way back to 1901 when the teams played to 6-6 tie in Birmingham. Since 1928, the Vols and Tide have played every year except for 1943. UT dominated the series in the late 90s and early 2000s, but Bama has had the upper hand as of late with 12 straight wins.

Saturday's meeting will mark just the 14th time the teams have squared off in Tuscaloosa as the game was routinely played in Birmingham when Alabama was the home team. The Crimson Tide did not start playing their homes games in the series in Tuscaloosa until 1999.
Likes: RavinDave, zeppelin128 and malinoisvol

You won't find many coaching staffs more familiar with Alabama's program than Tennessee's. Head coach Jeremy Pruitt played at Alabama from 1995-96 and spent two separate stints on the Tide's coaching staff, including serving as their defensive coordinator from 2016-17 before taking over at UT.

The Vols' staff also features six assistant coaches who have spent time at Alabama. Kevin Sherrer, Will Friend, Derrick Ansley, Chris Rumph, Brian Niedermeyer and Chris Weinke have all coached or served in support staff roles for Alabama prior to joining Pruitt's staff at Tennessee.
Likes: RavinDave, zeppelin128 and malinoisvol

Tennessee is coming off its best defensive performance of the season in last week's 20-10 win over Mississippi State. The Vols held the Bulldogs to season lows in points (10) and total yards (267) while registering 10 tackles for loss, seven sacks and three interceptions.

The seven sacks were UT's most in an SEC game since also posting seven on Nov. 22, 2008 at Vanderbilt. The Big Orange have recorded multiple interceptions in three of their last four games and have had seven different players pick off a pass this season.

The Vols will be looking to snap a 12-game skid to the Tide on Saturday. UT's current losing streak to Alabama is the longest for either team in the series. Tennessee has not won in Tuscaloosa since a five-overtime thriller back in 2003.

The Crimson Tide enter Saturday's game ranked No. 1 in the AP Poll and the Amway Coaches' Poll following a 47-28 victory at No. 24 Texas A&M last weekend. Alabama is led by head coach Nick Saban, who has compiled a 152-21 record and won five National Championships during his 13 seasons as head coach in Tuscaloosa.

The Tide feature a high-powered offense that ranks near the top of the SEC and the country in the vast majority of categories. Alabama ranks second in the nation in scoring (51.0 ppg), third in passing offense (366.0 ypg) and sixth in total offense (536.8 ypg) due in large part to the play of junior quarterback Tua Tagovailoa as well as a deep and talent group of wide receivers. Tagovailoa leads the nation with 27 passing touchdowns while throwing just one interception. He also ranks third nationally with 335.2 passing yards per game. The trio of DeVonta Smith, Jerry Jeudy and Henry Ruggs III have combined for 98 receptions, 1,568 receiving yards and 20 touchdown catches.

Defensively, Alabama is allowing just 17.0 points per game, which ranks fourth in the SEC and 14th in the country. Junior defensive back Xavier McKinney leads the team and ranks third in the SEC with 47 tackles to go along with an interception, forced fumble and fumble recovery. The linebacker duo of Anfernee Jennings and Terrell Lewis have combined for 13.0 tackles for loss and eight sacks.

Not a football genius.

Off a damn cliff......
Likes: The Original Fade, vollover, AirVol and 8 others

We've had enough negativity in these threads, and this year. Crap on it, bama is going down!😁
Likes: MadWorld, malinoisvol, OG.V83 and 1 other person 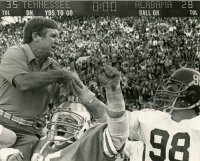 joevol33 said:
We've had enough negativity in these threads, and this year. Crap on it, bama is going down!😁
Click to expand...
I was going to use this pic because this is about how I see the game going lol 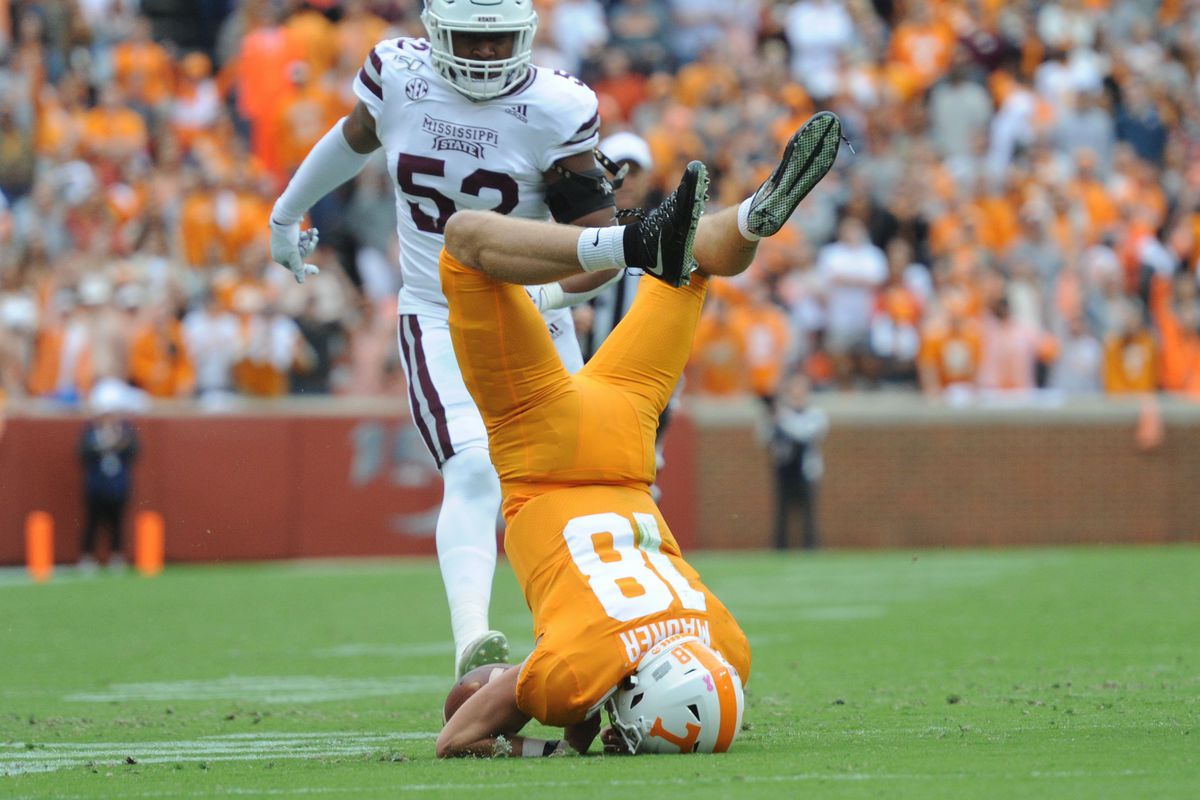 YankeeVol said:
I was going to use this pic because this is about how I see the game going lol

Click to expand...
Most likely, but we've got till 9 tomorrow night to talk confident😄
Likes: OG.V83

Since 1995, 17 teams have finished the season undefeated. 3 of those teams won all of their regular season games by a margin of victory greater than 7 points, including Nebraska as the only team to accomplish that feat in both every regular season game and championship game. The 2 teams left with a chance to do it this season are Alabama and the winner of the Wisconsin/Ohio State game.
In 2015, Tennessee was unranked with a 3-3 record and had the lead late in the 4th quarter against eventual national champion Alabama in Tuscaloosa. Most championship teams play at least 1 or 2 games close games in which the end result could go either way. Alabama's close game is more likely to happen against LSU or Auburn, but if Tennessee can force turnovers, rush for 200+ yards, and control the clock, it could be a closer game than many anticipate.
Likes: OG.V83 and MemphisVol77

Can’t even start to without getting sick
Likes: wesley21

The 3rd Saturday is finally here. Anything is possible. Go Vols and beat Bama!! 🍊🍊🍊🍊🍊🍊
Likes: RollerVol and OG.V83

This *is* my happy face.

Likes: The Original Fade, RavinDave, zeppelin128 and 12 others

Girls are here, too, fellas.