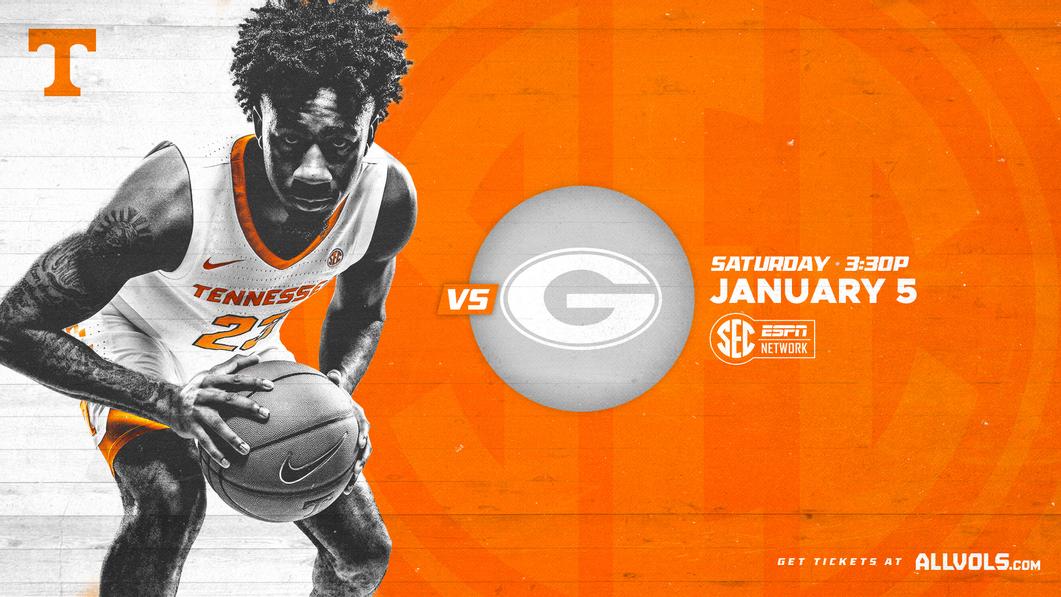 The Volunteers have never been ranked higher than No. 3 for a clash vs. UGA. In 2008, the third-ranked Vols defeated the Bulldogs, 85-69.

Last season's home clash with Georgia was an historic night for the Big Orange, as the Vols clinched a share of the SEC regular-season championship.
Likes: bnhunt, StarRaider, RollerVol and 2 others

Extend UT's home win streak to 17 games. It's the longest such streak of the Barnes era.

Over their last three games, the Vols are averaging 87.3 points while shooting .583 as a team.

With an average attendance of 16,976, Tennessee ranks sixth nationally.

Tom Crean has coached against the Vols just once previously while head coach at Marquette. His roster featured a guy named Dwyane Wade.

In four career games vs. Georgia, Jordan Bone (16/2) and Jordan Bowden (12/1) have combined for 28 assists and three turnovers in 210 total minutes played.

Grant Williams averages 15.8 points and 2.0 blocks in his four previous games played against Georgia.
Likes: bnhunt, StarRaider, RollerVol and 2 others

Tennessee owns its best winning-percentage entering SEC play since a 12-1 start to the 2007-08 season, a campaign in which the Vols advanced to the Sweet Sixteen.

Tennessee is 1-2 in SEC openers under Rick Barnes.

During his 17-year head coaching tenure at Texas, Barnes was 13-4 in conference openers, including an 8-3 mark on the road.

I hope that Georgia sticks to their fast pace game. TN could use some work in that type of game.

Tough matchup versus an NBA prospect for Kyle Alexander.
Likes: bnhunt and WhiteMike81

Thunder Good-Oil said:
I hope that Georgia sticks to their fast pace game. TN could use some work in that type of game.

Tough matchup versus an NBA prospect for Kyle Alexander.
Click to expand...
I don't think it'll be all that close. Though we have struggled in league openers under Barnes
Likes: UT_Dutchman

I hate Georgia. Give no quarter! Beat them by 50 please.

They actually have a decent coach. They might hang with TN if we've lost focus over the holidays.

Wouldn't it be cool if Walker and/or Johnson have very productive minutes?

Wouldn't it be a great surprise to see Zach Kent play? I'm starting to worry that DJ's redshirt could be pulled if ZK keeps sitting out and Walker doesn't soon pull out of his sophomore slump.
Likes: MySourceSaid, VeeOhElEsYes, StarRaider and 2 others

We win by18. Williams fouls out, but scores 21. 5 Vols score in double figures. We have 20+ assists and 9 t.o.'s
Likes: feathersax and UT_Dutchman
T

Won't need no longhorn to send Dawg back home, whimpering - we've got Grant and Admiral! GBO!!!
Likes: StarRaider, feathersax and UT_Dutchman
U

they can't hang with our physicality. We cover easily.
they do have some talent, but no one to take over a game like JJ Frazier could.
W

Witch Doctor say this team looks good. Wheres BTO? did he leave the board? lol

about time we took the floor from an SEC foe

Tri-CitiesVol said:
Hopefully
Click to expand...
Witch Doctor look forward to chatting with him and all Vol fans during game today!

UGA rebounding stats are a little better than UT. I’d expect zone against us, so if we can knock down outside shots we will win easily. If not it’s going to be close one.

Time to head towards another ring. Wonder if UGA remember's the last time they played in TBA?