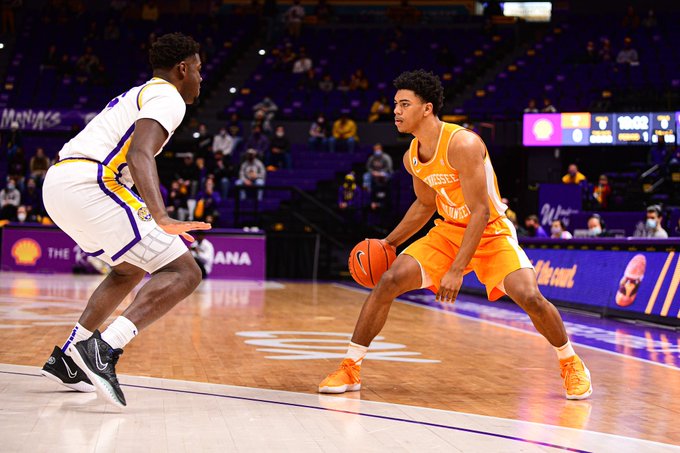 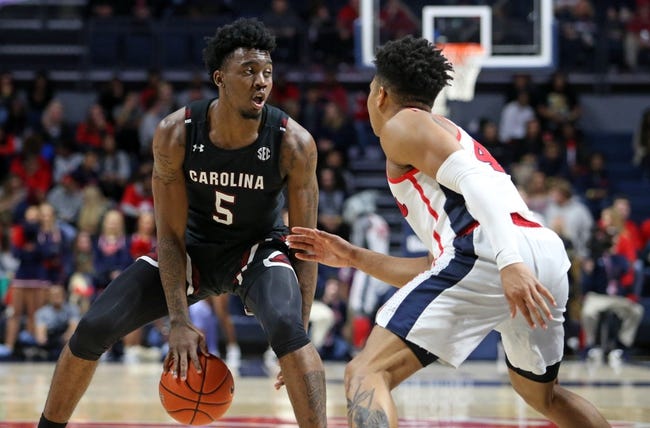 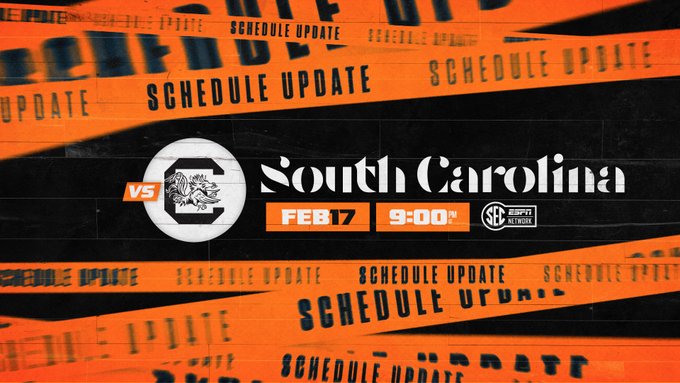 • Tennessee leads the all-time series with South Carolina, 47-28, dating to 1927. The Vols have won five of their last six games against the Gamecocks.
• The Volunteers own a 28-9 lead when this series is contested in Knoxville and have won three straight over the Gamecocks at Thompson-Boling Arena.
• Wednesday marks the 18th head-to-head meeting between good friends Rick Barnes and Frank Martin.
Likes: xtremevolfan, Bigorange123 and Volfan1000

• Extend Tennessee's home win streak to four games while giving the Vols a 12-2 record at Thompson-Boling Arena this season.
• Make the Vols 6-1 in their last seven games against South Carolina.
Likes: xtremevolfan and Maxwell865

• The Volunteers have spent the duration of the season ranked in the top 20 of the Associated Press Top-25 poll and are ranked No. 19 this week.
• Tennessee is No. 12 in the latest NCAA NET ratings, with four wins over teams in the top 40.
• The NCAA revealed its preliminary list of the top 16 seeds for the NCAA Tournament Saturday, and the Vols landed at No. 11 overall (third No. 3 seed).
• The true freshman duo of Keon Johnson and Jaden Springer have accounted for 52.5 percent of Tennessee's scoring over the last three games.
• Meanwhile, the senior tandem of John Fulkerson and Yves Pons is struggling offensively, combining for 5.7 points over the last three games on 24 total shot attempts.
• Pons is a top-10 finalist for the Julius Erving Award and one of 15 candidates for the Naismith Men's Defensive Player of the Year.
Likes: xtremevolfan

• According to KenPom, the Vols rank third in the NCAA in adjusted defensive efficiency, allowing only 87.3 points per 100 possessions. College teams typically average close to 70 possessions per game.
• Tennessee ranks 15th in the NCAA in scoring defense, allowing just 61.7 points per game.
• The Vols are forcing 15.8 turnovers per game while converting those turnovers into 17.3 points per game. Tennessee's turnover margin stands at +4.0 (14th nationally).
• Tennessee has forced 14 of 19 opponents to turn the ball over on 20 percent or more of their possessions. The Vols are forcing opponents to turn it over 23.1 percent of the time this season.
• Only one time this season has a Tennessee opponent scored 80 or more points. That was Georgia, in a game the Vols won, 89-81, on Feb. 10.
Likes: xtremevolfan

• After dealing with a number of COVID-19 issues during the early and middle stages of the season that canceled or postponed nine games, South Carolina has finally been able to get into a weekly routine. The team has played its last nine scheduled games.
• The Gamecocks have won just two of those contests and enter Tuesday's game on a three-game losing streak. Through 14 games played, South Carolina is 5-9 overall and 3-7 in SEC play.
• Despite the struggles, the constant presence for the Gamecocks has been junior guard AJ Lawson, who leads the team and ranks third in the SEC in scoring with 17.9 points per game. In 14 starts, Lawson has scored in double figures 12 times with eight 20-point performances.
• In the frontcourt, redshirt junior forward Justin Minaya has led the way on the boards, pulling in 6.9 rebounds per game, which lead the Gamecocks and ranks seventh in the SEC. He's also been a consistent facilitator from the post for Carolina, dishing out 1.9 assists per game.
• Off the bench, junior forward Keyshawn Bryant has provided much-needed production for the Gamecocks. In 12 appearances, Bryant ranks second on the team in scoring (14.1 ppg), rebounding (5.3 rpg) and blocks (1.0 bpg). He also leads the team in field-goal percentage, converting his attempts at a clip of 52 percent (68-of-132). Bryant's scoring average also ranks 15th in the SEC.
• The visible stars that can been seen on the South Carolina state house in Columbia represent where cannon balls hit the building as Union troops used it for firing practice during the Civil War.
Likes: xtremevolfan and Volfan1000

Need to get a win here.........Hopefully we can work on some stuff and see consistency in the halfcourt tonight. Should be a win, but I also said that about Ole Miss and LSU. We need to start making our run and working all the kinks out, March is coming up!!!!! And GBO!!!

Border Vol said:
I think the BasketVols win 79-65.
Click to expand...
So you expect South Carolina to give up a season high in points allowed to our offense? Which is expected to be without a couple players?? Interesting.
Likes: Phil-A-Man Jaro

bleedingTNorange said:
So you expect South Carolina to give up a season high in points allowed to our offense? Which is expected to be without a couple players?? Interesting.
Click to expand...
I predict an upset which i think could very well happen.

I'd certainly like to see a few less passes and more "I'm taking it to the cylinder " moves tonight
Likes: Bigorange123, camp_steveo, chuckiepoo and 2 others
W

Border Vol said:
I predict an upset which i think could very well happen.
Click to expand...
Huh? So you predict SC wins? I thought you just predicted Tennessee to win while scoring more than anyone else has verse SC?

bleedingTNorange said:
Huh? So you predict SC wins? I thought you just predicted Tennessee to win while scoring more than anyone else has verse SC?
Click to expand...
I think Tennessee wins and you're right i screwed that prediction up.

walkenvol said:
I’d like to know which guys aren’t available tonight
Click to expand...
So would Frank Martin. Pick 2 of Olivier, Uros, Vescovi, and another who isn’t a starter.
Likes: chuckiepoo
W

Thunder Good-Oil said:
So would Frank Martin. Pick 2 of Olivier, Uros, Vescovi, and another who isn’t a starter.
Click to expand...
Didn’t realize it worked that way, but I’ll take Uros and Pember for $500 Alex
Likes: chuckiepoo, Vol49er and Kinger

walkenvol said:
Didn’t realize it worked that way, but I’ll take Uros and Pember for $500 Alex
Click to expand...
Alex is dead and Jeopardy doesn’t have $500 questions.
V

Thunder Good-Oil said:
So would Frank Martin. Pick 2 of Olivier, Uros, Vescovi, and another who isn’t a starter.
Click to expand...
Who is unavailable?
Likes: walkenvol

VolLFN said:
Who is unavailable?
Click to expand...
2 of those 4.
V

Thunder Good-Oil said:
2 of those 4.
Click to expand...
How do you know anyone is unavailable?
Likes: Chris4Vols22

Does SC have anyone sitting out tonight too or is just TN?
W

Hurley Mooncalf said:
Does SC have anyone sitting out tonight too or is just TN?
Click to expand...
I think they're missing Couisnard and Minaya, which would be 18 points, 10 rebounds, and 5.5 assists of their offense.
Likes: Hurley Mooncalf